Reach people with the gospel wherever they are!

You can support the digital ministry as we continue to reach out and spread hope and good news. 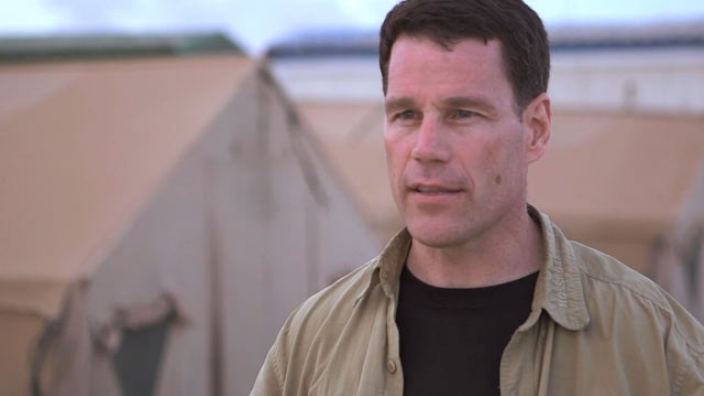 A 9-minute documentary that sparks spiritual interest and honest conversations.

During the violent and dangerous events of Black Hawk Down, former U.S. Army Ranger, Jeff Struecker was certain he’d die. But in the very center of chaos, Jeff’s certainty of death was swallowed by his greater certainty of eternity with God through Christ.

Jeff’s confidence – what he calls “bullet proof faith” – compelled his remaining comrades to line up the next day, asking questions about how Jeff had kept his cool.

Return to Mogadishu: Remembering Black Hawk Down is a 9-minute movie, filmed in 2013, following Jeff and former U.S. Army Ranger, Keni Thomas, as they return to the war-torn streets of Mogadishu – a trip no other Ranger has risked.

After watching the movie, those who are interested in knowing more about Jeff or his faith can click on a link that takes them to a sister website, BPFaith.com. Here’s how it works:

“I wanted 3 things,” Jeff says about the movie. “First, I wanted a film that was gripping and gut-wrenching; I have no interest in putting lipstick on a pig. Second, I wanted a film that resonated personally with men – especially those who would never step foot in a church. And third, I didn’t want anyone to profit from the film.”

Cru staff member and producer of the film, Mary Beth Minnis, says, “Jeff and his wife had been approached by dozens of production folks about making his story into a major motion picture. They refused everyone. They wanted his story to lead people to knowing who Jesus is.”

The Battle of Mogadishu is a sobering part of American history. But God continues to unfold the story that began in Somalia 20 years ago.

“I didn’t realize something until March when I went back to Mogadishu,” Jeff says. “God spared my life, and I don’t want to miss the reason why God has given me a second chance at life – and that is to reach men with the gospel.”

Learn more about the film.

Does Your Personality Type Affect the Way You Evangelize?

A Dangerous Return to Mogadishu