NOTE TO THE LEADER:

Also, do not skip the last question: “ Who do you think God might be prompting you to pray for? ” Highlight it. Star it. Circle it. It’s really important that your group begins praying for friends, co-workers, classmates, or family. 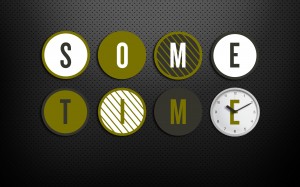 Tell a story about a time you felt deeply troubled by something you saw.

The book of Acts can be viewed as an extension of the Gospel of Luke. Acts continues to document what Jesus began to do and teach through the apostles. Acts 17 takes place in the city of Athens during Paul’s second missionary journey. (This is his second missionary journey of four—including his trip to Rome to face trial before Caesar.) The city of Athens has lost its former glory, but is still a great center of philosophy, architecture, art, and religion. Paul’s preaching in Thessalonica and Berea has stirred up dangerous opposition and driven him to Athens.

(See “Reference Guide” on the last page for further meaning of main terms.)

1.  What stood out to you from this passage?

2.  When Paul was in Athens, what did Paul see that ignited the events of this passage?

3.   What did Paul feel when he saw Athens with all its idols?

6.   How is the idolatry of Paul’s time the same as today? How is it different?

7.   What kinds of idols are in the hearts of college students today? (What are the things that people long for, love, constantly think about, or seek after in their search for meaning, identity, or peace?)

The first two of the Ten Commandments are about idolatry:

#2 “You must not make for yourself an idol of any kind…[I] will not tolerate your affection for any other gods.” (Ex 20:4)

What’s so bad about idolatry anyway?

8.   Let’s look closer at Paul’s emotional response to idolatry: as you think back on our opening discussion and reflect on your own experience of viewing something troubling, how do you think your reaction was similar to Paul’s?

9.   What if people today worshipped idols on their knees and bowed down before carved images and statues of their personal idols. Do you think this would affect how you feel about or view idolatry? Why or why not?

10.   Though some of the Athenians mocked Paul, there was an obvious openness to listening to him…what about today?

A recent study* polled unchurched, young adults:  “If someone wanted to tell me what she or he believed about Christianity, I would be willing to listen."  89% agreed .

Are you surprised by the 89% percent figure? Why or why not?

11.   Who do you think God might be prompting you to pray for? (Friends, classmates, co-workers, family?)

Don’t get too caught up in these details! This Bible study has a lot of open-ended discussion questions ,  so you will likely be pressed for time. But as questions come up regarding some of the terminology and references in Acts 17, I hope the below background information offers some help.

Epicureanism : A school of philosophy advanced by Epicurus that considered happiness, or the avoidance of pain and emotional disturbance, to be the highest good and advocated the pursuit of pleasures that can be enjoyed in moderation. Epicureans were materialists, but they believed in the existence of the gods, though they believed that the gods were made of atoms just like everything else and did not interfere with human lives. Epicurus rejected any possibility of an afterlife.

Stoicism : A school of philosophy founded by Zeno. Stoics taught that the practice of virtue was the first duty of man, and that the only real things are those that bodily senses can perceive. Stoics were materialists. As far as religious belief was concerned ,  they were pantheists, holding that all things come from God and will be at last absorbed into him again. (Personal immortality was not part of Stoic philosophy.) They were also fatalists, holding that the universe is governed by absolutely fixed laws, and that the private needs of individuals are of no concern to Providence. The way for the individual to be happy was to bring himself into harmony with the course of the universe.

Idle Babbler : This term was originally used in reference to birds picking up seed. Athenians applied this name to those who made their living by picking up and selling scraps found in the market place. Here it is applied to Paul as a "fellow with scraps of learning."

Areopagus (Or “the Council of the Areopagus”): Th is  was a court named after the hill on which it had once met. Paul was not formally tried before this court (which several centuries earlier had condemned Socrates), but he was informally required to give an account of his teaching.