Partnering For a Common Cause 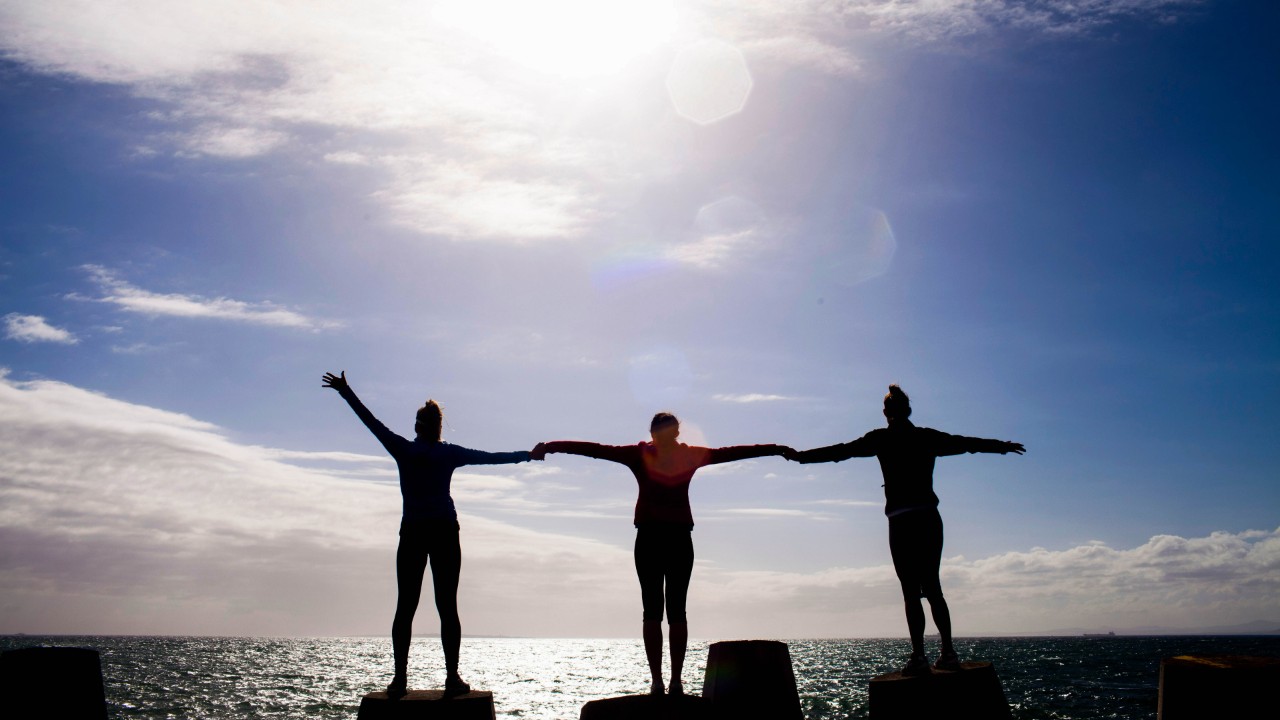 One of the Student LINC coaches, Daniel Hensley, told recently that one of the Cru ministries he coaches partnered with the LGBTQ group on campus. They got together to collect clothes for a shelter.

It's likely that many Christians (and probably some from the gay and lesbian community) would oppose such working together.

So how do we decide with whom to partner?

I happened to be in a Skype meeting last week about partnerships and working to transform a city. The presenter was Sam Williams, a former pastor, seminary professor, and global urban consultant who co-leads Vision San Diego, a coalition of business, government, education, and churches working to make a difference in their city.

Here are some of my notes from his talk on principles related to partnering.

Partner around Purpose, not Program

We tend to think “Do you believe what I believe?” If the answer is “Yes.” then we can partner. Instead we need to look at partnering around a purpose, not a program. In other words, partnering doesn’t happen around worship, prayer or doctrine, but around things we care about.

Ask the question “Do you care about what I care about?” How do we partner with those we don't agree with? By doing things we do agree on.

Sam illustrated this by saying that 92% of prisoners are functionally illiterate. By helping teach 3rd graders to read we help to get to the root of illiteracy. Anyone can help them read. You don't have to be a Christian to care whether people can read. But we know that if they can, they are more likely to make a positive contribution to society.

This is what the Lord...says to all those I carried into exile from Jerusalem to Babylon:…"seek the peace and prosperity of the city to which I have carried you into exile. Pray to the Lord for it, because as it prospers, you too will prosper." Jeremiah 29:4-7 (NIV)

The word "peace" is  shalom , meaning, “the complete welfare of.” He said people are rarely blessed and it's easy to complain about public figures. But the easiest and most significant thing we can do is pray for someone. So just ask, “How can I pray for you?” Then, “Can I pray for you now?”

Sam told of asking a mayor from a Jewish background and Buddhist in belief. Pastors gathered around and prayed for him. When they finished they noticed he was crying. He said, “That is the first time I have ever heard anyone pray for me.”

All cities have three sectors, and what he called nine domains of influence. 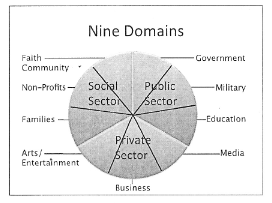 When partners from all nine domains participate, all share an interest in seeing kids graduate from school, the homeless cared for, battered woman protected, etc. We tend to have a lot more things in common than we think. The problems in our world today are too big for anyone to address alone. True partnerships are formed when everyone needs everyone else.

Sam suggested that in a campus setting, we could meet with administration with a spirit of wanting to serve. He said “How can I help you?” is a magic question. Other questions include:

Daniel encouraged his Cru leaders to get to know those they were partnering with. There were several reasons, but foremost was how we live out our DNA by serving and showing the love of Christ. Those relationships become the carriers of the Gospel.

So, who might we talk with about partnering from a set of common core concerns?