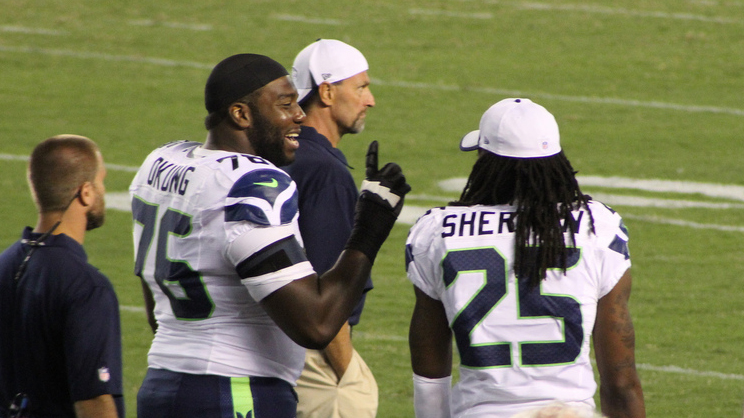 I grew up being extremely self-sufficient. My father passed away when I was a young child, making me the man of the household. Since then I’ve taken on that responsibility. As I grew up I did  a lot of things for myself and became really independent.

In college, a hurricane went through Houston and my mom and sister were at the house by themselves — I was off at school. It was a tough time. They called and said the house had flooded.

They told me they would be all right, but I remember looking at myself and asking, “Why?”

Why was this going on? Why did my father pass away when I was a child? Why did I feel this way?

All of these “whys.” In asking that, I found out some things were just out of my control; I couldn’t do everything on my own. I thought that there had to be something bigger to make sense of what was happening in my life.

I remember sitting at chapel one day when God spoke to me.

It’s crazy how God will come to you even in the most small, subtle ways — maybe even a whisper. He told me “You don’t have to do this alone. You’re not by yourself.”

At that moment, I realized God had always been there — since I was a very small child even. Even though I thought I was doing things on my own, I couldn’t have done anything without Him.

When that happened, I knew God could only be my present hope. If I truly believed in Him, everything would take care of itself.

All of a sudden, I noticed things were changing. I felt more of a peace within me and a peace about my situations. I learned and trusted God with everything I had and decided to give it all to Him.

Why Did God Bring Me Here?