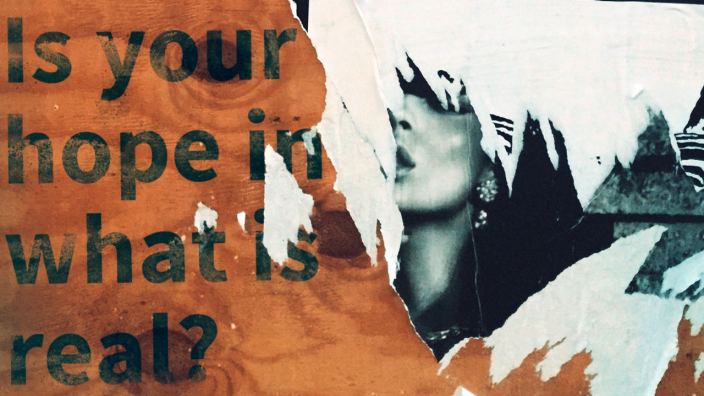 Four ordinary men and women sought after fulfillment. They put their hope in things that didn’t last and discovered where true hope actually comes from.

Read their stories and ask yourself where your hope lies.

Jack tried to convince himself that he would find fulfillment in the future. He thought it would arrive with the perfect family, a future job, traveling or something else his life would someday bring.

Instead, he felt hopeless. “I concluded I was just a product of chance in the universe. I was going to just live my life, have fleeting moments of happiness, and eventually, that would be that.”

What changed for Jack? He made a friend who shared where to find true hope.

Chris placed his hope in his athletic ability — until a severe injury made him rethink his future. He was surprised to discover that football had never actually brought him satisfaction in the first place.

Chris says, “I had to sit on the sideline. My ‘god’ was taken away from me. The god I was worshipping was football. My identity was so wrapped up in sports and the lifestyle that came along with it.”

Chad tried finding significance through work. It defined who he was. He says, “It was crushing when I failed and incredibly empty when I was successful. Jesus wanted me to rest in His finished work and in the identity I have in Him.”

How did Chad find a hope that lasts? Through unanswered prayers.

Tasha believed that she had to change her life before she could find peace. She tried to follow the spoken and unspoken rules at her church but found herself unable to live up to the expectations.

Today she says, “I am living life in His design as opposed to mine. He really loves me, and the plan I had couldn't possibly have been better than what He has for me.”

What changed? She discovered she couldn’t fix her own brokenness. She needed God for that.

Jack, Chris, Chad and Tasha all discovered that the world is full of temporary hope. Their stories display how if you let go of things that don’t last and place your hope in God, who’s eternal, you’ll find true joy and peace.

Discover how to find this eternal hope by “Knowing God Personally.”

I Thought I Knew How To Forgive