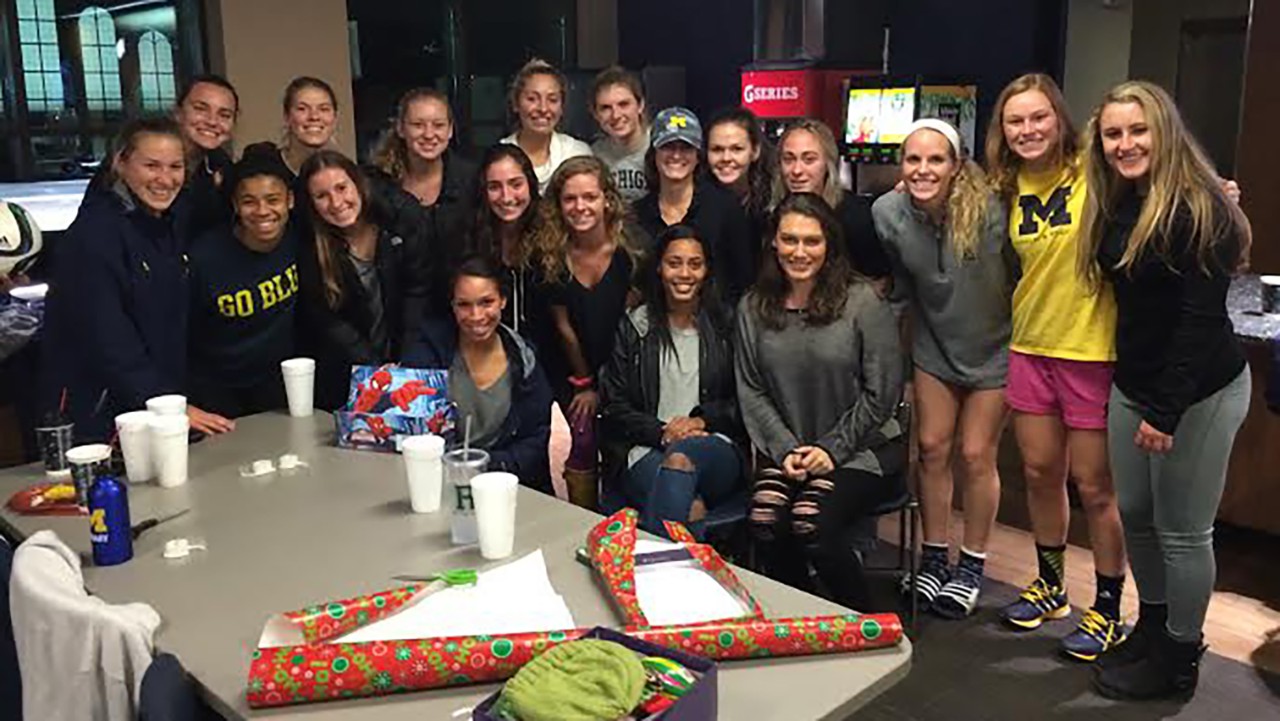 We all have a story.

Those who consider themselves Christ followers have a story that intersects with the bigger story of God’s work in the world.

Though God works uniquely in each of our lives, he often uses our experiences to minister to those around us – especially those with similar stories.

Take Jamie Forston. As a freshman on the women’s soccer team at college, Jamie’s life was rudderless.

“Faith wasn’t part of my life,” Jamie says. “I was just going with the flow, drinking, rolling with the crowd.”

During her sophomore year some older teammates invited her to a meeting sponsored by Athletes in Action (Cru’s outreach to college and pro athletes). She attended the meeting, fell in love with the people she met there and, over time, embraced Jesus and the gospel.

Now a junior, Jamie is part of the servant leadership team of AIA on her campus. Yet as she met with AIA staff member Sarah Keefer one day recently, she wasn’t doing well.

"I felt guily because I was not making much of an impact," Jamie said. "I was sitting back, feeling off."

In particular, Jamie was reeling from not being more intentional in reaching out to her teammate and roommate, Whitney.

Whitney reminded Jamie of herself during her tumultuous freshman year. Sarah and Jamie left their meeting praying for Whitney.

A couple hours later Jamie and Whitney were in the car together, driving to the pharmacy. Suddenly, Whitney said, “We need to talk. I mean we really need to talk.” She turned off the music. “Can we go to a coffee shop?”

Jamie listened to Whitney’s story. She related to her story, which was so similar to hers, and told how Jesus had changed her life.

She explained the gospel to Whitney using the booklet “Knowing God Personally.” Then she told Whitney that she and Sarah had just prayed for her, that she and her boyfriend were praying for her, too.

Back in her room later that night, Jamie received a text. It was from Whitney. “Please come downstairs,” it read. Whitney was ready to receive Christ. The two women prayed and then, “we hugged it out,” Jamie says.

Jamie didn’t need to have all the answers. In fact, she said, “I didn’t do the best job sharing (the gospel).” However, she took some specific steps: She prayed, asked for advice and help from Sarah, was “present” with Whitney, and was willing to take the risk to share herself, her story and the gospel.

She chose to be involved in a bigger story – God’s story of building His kingdom.

Have you thought through your faith journey? Where have you seen God show up?

A wise investment would be to think through how you can relate your story in only a few minutes, when God gives the opportunity.

How To Prepare and Tell Your Story