I thought I needed to clean myself up to come to God. 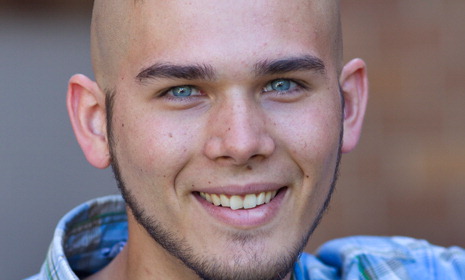 I guess the first encounter I had with Christians was in the workplace when I was a senior in high school. They didn’t want to invite me in to anything in their lives. I wondered how Christianity was true if its followers were such hypocrites.

I had more of an agnostic view of God -- I believed in God, but I didn’t know the truth about Him. I also questioned whether God was all-good and all-powerful.

When I got to college, a couple of guys befriended me and invited me to Campus Crusade meetings. They didn’t seem to judge me on the basis of what I was doing. I was drinking and using drugs but they kept inviting me to stuff, teaching me what the Bible actually taught.

I confessed to the guys that I wasn’t quite sure how I could come to God. I thought I needed to clean myself up -- figure how I could give up this stuff so then I could accept Christ.

They had me listen to a sermon on one of their iPods entitled, “Addictions.” The pastor spoke about the real problem with addictions as a voluntary enslavement to idols. He described an idol as something you worship in place of God.

My friends asked if they could pray for me. And I asked Jesus to be the center of my life. At that moment, I knew all the burden of my sin had been taken away and I wasn’t condemned anymore.

Bryan studies philosophy at University of Minnesota-Deluth. He likes hiking and fishing, and spent his last two summers working with Here’s Life Inner City in Milwaukee.