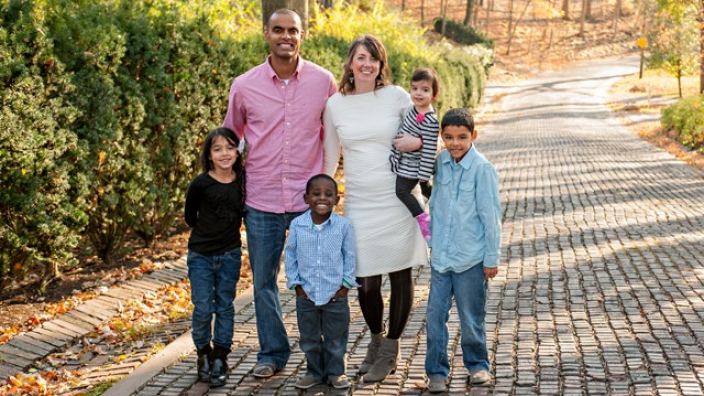 Pre-cancer: Susie’s journey of doubt before a brain tumor

Susie Thomas was mad. She threw her systematic theology textbook across the room in frustration. What she had been reading she had heard a million times before. It didn’t make sense nor did it satisfy.

As a missionary with Athletes in Action, she had hoped taking this 2-week class for Cru requirements would remove her questions, doubts and struggles about certain things in the Bible. She had asked her growth group to pray for a breakthrough.

Susie grew up in a Christian home, attended a Christian high school and was a Bible major at a Christian University, but she was struggling with what she saw as discrepancies.

“It was horrible and scary and sad and dark,” she says. “My whole life I had believed this. It has been my foundation for everything – every decision I’ve ever made and all of the sudden I felt like I didn’t have that foundation any more.”

Her journey lasted for 3 years and included times of questions and crisis and tears and prayers. How long could she go on with her serious doubts?

Even with her doubts she loved her class, it reminded her of her college days and her Bible classes. One night she and her husband, Ben, invited her professor over for dessert and discussion at their apartment.

“I have a million questions,” she told him. “I just need you to listen and have an open mind and help me through this.”

Susie asked a lot of questions and even added more after the professor answered her initial questions. But she doesn’t remember if he said anything that she hadn’t heard before. Yet, her foundation was restored.

“I think it was this supernatural answer to prayer,” she says. “God was saying I hear you, I’ve seen you struggle. I know you’re not happy with these doubts and I’m going to meet you there.”

That night God lifted the burden off of Susie’s shoulders. She felt at peace and trusted in the word of God.

Unbeknown to her, 6 months later she would need the Bible.

She would need a foundation for truth.

Susie was 40 minutes into her Thursday morning aerobic workout when her vision changed and she experienced a weird taste in her mouth. 30 seconds later it stopped. She attributed the “episode” to the intensity of her workout. Yet, over 6 months these “episodes” increased for the mother of 3.

After she learned she was pregnant with her fourth child, “it pushed her to action” to see why she was having these symptoms. 6 weeks after scheduling an appointment, Susie met with a doctor and received an MRI.

Within an hour, Susie and Ben received a call from the hospital to return for more tests. The scans showed a “lesion” on her brain. It turned out to be a tumor roughly the size of a baseball.

While her surgery a week later was called successful, the tumor was diagnosed as a grade 3 malignant one with a 100% chance of recurrence and no known cure. Susie had to wait until after Annie was born in July before she could start radiation and chemo.

Her laser radiation treatments lasted for 7 weeks from Monday through Friday. She also had chemo and finished her treatment last April.

“My doctors are encouraged by what’s happening in my brain so far.” says Susie. “I should have 3 to 5 years before the tumor comes back and we have to go through all of this again.”

“It’s daily choosing to surrender to the Lord everything I am and everything that I have. Everything I desire and dream about,” says her husband, Ben. “Those desires and dreams include being married to this beautiful woman for as long as possible.”

“I hope that I grow so much in the love of Jesus, in His love for me and my love for Him that no matter what happens to my brain that in my heart I will be able to worship Jesus every day,” she says.

When Susie heard her friend read, “The Nearness of God is my good” from Psalm 73:28 it affected her. “Through all of this, even through that Bible crisis He was working when He was not answering my questions, but drawing close to me,” Susie says. “It just struck me that God works all things out for my good. And the nearness of God is my good.”

Follow Ben and Susie’s story on their personal blog.