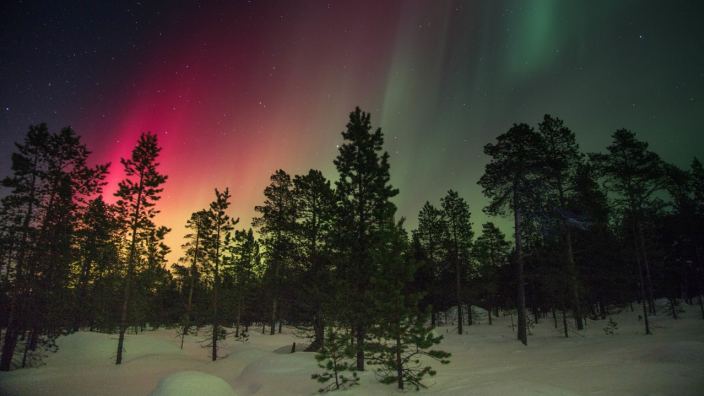 No time for sleep

Captured by the Night Sky

Bright-eyed in the early hours of a frigid January morning years ago, I heard a familiar voice whisper, “It’s time to go to sleep.”

Though I knew such words were spoken in wisdom and love, I refused to allow the allure of slumberland to steal me from the wonder. The announcement of a promotion for my husband, Leif, had required a move, and we had spent every waking hour boxing up all we owned and saying good-bye to loved ones.

We weren’t moving far, 92 miles to be exact. But in southeast Alaska, where the only way to travel between islands is by air, boat or long frigid swim, miles multiply in people’s hearts.

Rumors circled of the inefficiency and unreliability of the ferry system connecting the regional ports, but remained the only practical option for the move. Pulling our overloaded vehicles into the belly of the ship, we had exhaled a sigh of relief and then scrambled to the observatory deck to secure a window seat where we could watch the last of the brief day’s blissful sun melt into the horizon.

The route we had selected wasn’t the most direct, but it permitted us to leave Sitka one day and wake up in our new hometown of Juneau the next.

Staring out the window, I couldn’t remember the last time I’d slouched in a chair with nowhere to go and nothing to do. The ship held me captive, and I submitted to the monotony. Then fatigue drained the remaining amps of my energy reserves. I took one last glance at Leif and mustered a slanted smile before nodding off to sleep.

Hunger soon woke me. Following the dim lighting down the passageway, I navigated through rows of sleeping strangers and their bags to make my way to the commissary.

After a quick bite to eat, I returned to my seat. Before nestling in, I admired the faint moonlight backlighting the mountainous coast. Then something compelled me to look up, and a scene unfolded that I suspect caused at least one angel to gasp - the expanse of the sky transformed from inky blackness into an infinite canvas on which brushstrokes of apricot, sapphire and emerald painted themselves into the night sky.

Like an oil painting in progress, the colors refused to stand still. The hues danced as if listening to jazz. Iridescent shades sharpened, then faded with wild fervor.

This wasn’t the first time I had been mesmerized by the northern lights. When traveling to Alaska years before, the promise of such celestial beauty had ignited my imagination. I met Leif on one of my first visits to the great state. Before our friendship turned romantic, we’d sit at the end of the road in Sitka – away from the town’s lights – hoping for a glimpse of the midnight delights.

One evening, I noticed a brushstroke of lime green in the sky growing brighter with each passing moment. I rubbed my eyes as if I’d seen a mirage then looked again. The color appeared to flap in the wind like a loose sail.

“That’s the northern lights,” Leif assured me. The beauty of the aurora borealis enchanted me.

Since that evening, I had spent countless hours peering through the window of our home and returning to the desolate place where the road ends to catch one more glimpse of the beauty that quickened my soul. Even on the most extravagant evenings, the northern lights had lasted only an hour or two then faded, but on this evening the curtain to the performance never closed.

The sky exhaled more hues than I imagined possible, and I found myself caught up in the wonder. That’s when I heard Leif whisper, “It’s time to go to sleep.”

“Look!” I protested. Leif craned his neck, staring into the starry night. Arms locked, we squished against the window to watch nature’s fireworks.

“Go ahead. I’ll nod off soon.” Leif knew me all too well, I had no intention of ever closing my eyes. Aware of the privilege of watching God’s creation unfold its glorious mysteries, I didn’t want to miss a millisecond.