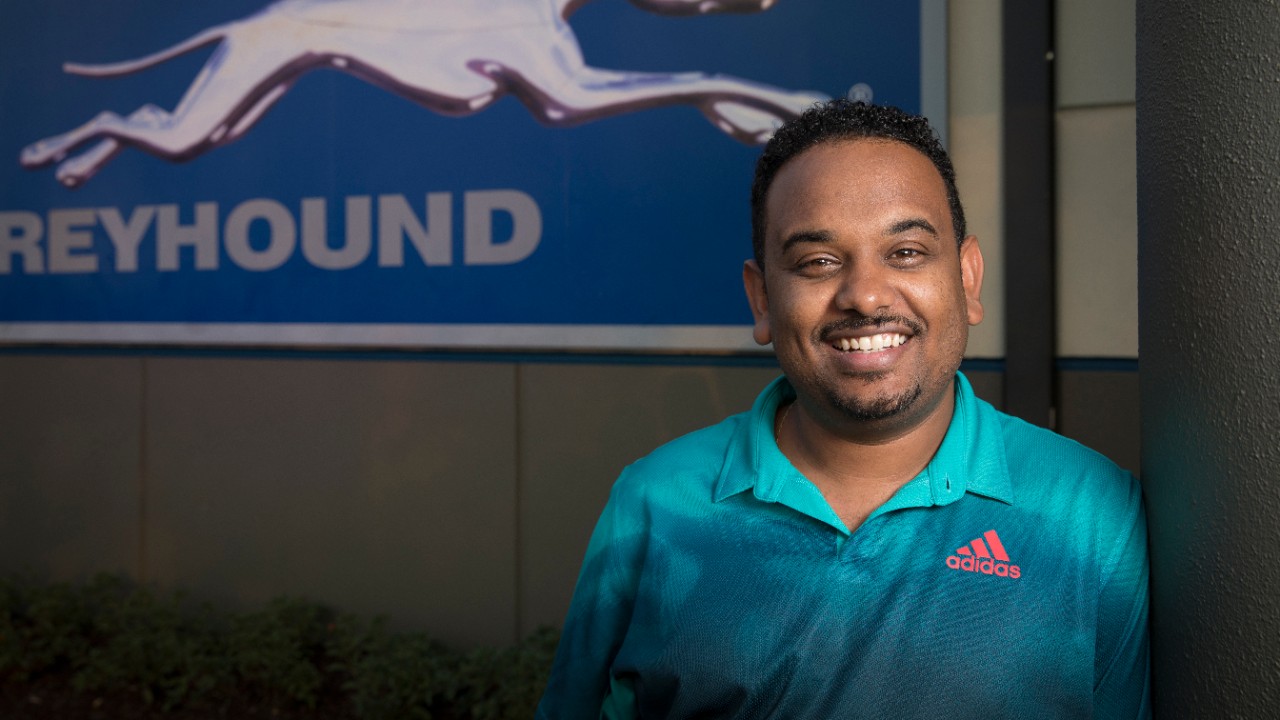 It’s hot and sunny while I sit in the busy Greyhound station in Wichita, Kansas.

As I wait for my bus, I see a man standing by the vending machine struggling to get the machine to work.

His name is Kibrom, and he came to the U.S. from Ethiopia about a month ago. He's surprised to meet me, a fellow Ethiopian. I’m surprised because Kibrom is from one of the most rural and unreached people groups in northern Ethiopia where the number of evangelical believers is less than 0.1%. There are no known churches where he is from in Africa.

“I haven’t had a drink or food for almost 24 hours,” Kibrom says. Because he doesn’t yet have a credit card, he isn’t able to use the machine so I buy him snacks and water.

Kibrom came to the U.S. legally, expecting to live the American dream. Kansas was just a stop on a long bus trip from Las Vegas to Iowa. He is traveling to find a better contact in Iowa because his sponsor family in Las Vegas failed to help him. He didn’t know the U.S. was so big that the bus ride would take him two days.

We talk about life in America while we sit in the bus station. Kibrom tells me about his one-year-old daughter in Ethiopia. He says he misses his family.

After we board the bus, we sit together in blue leather seats. Kibrom asks me to help him configure his new Android phone. As I help, I ask him if I can show him the JESUS Film in his own language. He seems surprised by my question.

“Have you heard of the Four Spiritual Laws?” I ask.

“No,” he says, and seems eager to hear from me.

I share the gospel using my phone. When we reach the prayer section to invite Jesus as his Lord and Savior, he pauses and asks me the meaning of "accepting." I explain to him from John 1:12 what it means and summarize the gospel for him again.

In the Ethiopian language, Jesus’ name means “World Savior.” He wonders what I mean by inviting Jesus to be his personal Savior. I compare it to headache medicine, which is good for everyone. Once you take it, you experience it for yourself.

Again I ask him if he is willing to pray the prayer to follow Jesus Christ. This time Kibron says yes and prays with me on the bus.

For about two minutes, he speaks in his own tribal language joyfully. I’m just listening. After he shares, I say, “Now tell me in a language I understand." He laughs and tells me.

I didn’t expect to meet someone from one of Ethiopia’s unreached people groups on a bus ride in the U.S.  I’m grateful for this divine appointment. Kibrom is very happy to get the JESUS Film App and GodTools App on his mobile phone in a language he can understand. I pray that the gospel will bear fruit in his life.

About the author: Miheret Tilahun Eshete lives in Orlando, Fla., where he is a digital strategist for Cru. Originally from Addis Ababa, Ethiopia, Miheret spent eight years in Ethiopia leading 24 countries in Southern and Eastern Africa in digital strategies before moving to Florida in May 2016. He is passionate about making Jesus known to all cultures and people groups in the world. He and his team help people around the world use digital tools, such as websites, video, mobile apps and more to advance the gospel. In his free time, Miheret enjoys walking, watching movies and watching soccer (especially when his favorite team, Chelsea, is playing).

Who Told You About Jesus?