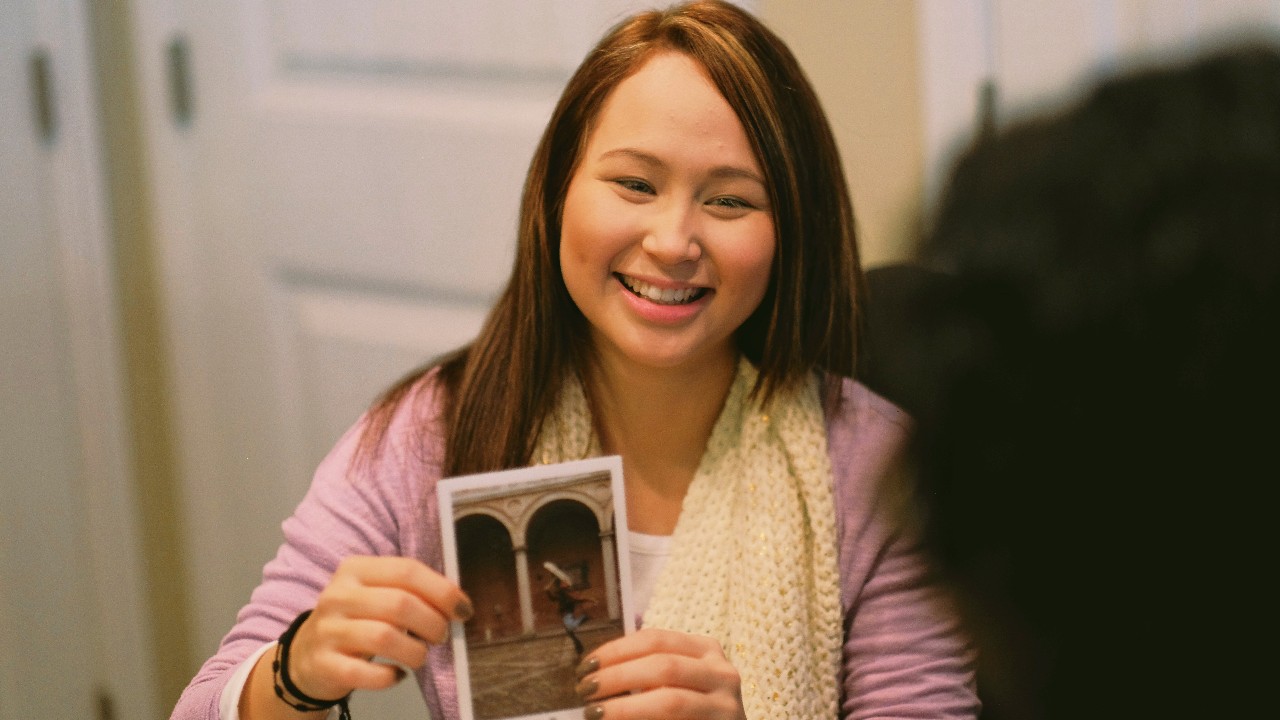 There's a first time for everything. First steps and first kisses. First time driving a car or buying a home. Everything is new — we find ourselves in completely uncharted territory.

There are firsts that come in our Christian faith as well.

Della Perry of Austin, Texas, remembers the day she first talked with someone. The mother of two had been a reading tutor for a 17-year-old student named Erin, who came from an atheistic family.

Della had talked with Erin briefly before about her lack of faith, but they'd never had a chance to talk about Christianity.

When Della came to Erin's house for tutoring one night, Erin asked if Della could take her to a friend's party after their session.

"At first, I was thinking, What an inconvenience. I said yes, but didn't really want to. Then I realized this was my chance," remembers Della. "I had been praying for an opportunity to have a conversation the whole way there."

So on the drive over to Erin's friend's house, she and Della started talking about the huge Christmas Eve party Erin's parents threw every year. "Your family celebrates Christmas bigger than any other atheists I know," Della joked with Erin. But that started a conversation about spiritual things.

Della asked Erin, "What exactly do you know about Jesus?"

"Nothing," Erin responded, and Della was amazed to hear that from someone who had grown up in the United States. "Well, except for what I've learned from South Park and Family Guy," Erin clarified, "but that's probably not right."

So Della explained about Jesus, starting with the virgin birth, which Erin snickered at, moving up to His death on the cross. "I had to be careful not to use 'church words' with her, because she didn't know any of them," Della says. "She wouldn't know the words 'prophecy' or 'repentance.' 'Sin' was a completely foreign word to her."

Erin thanked Della at the end of the conversation, and said she'd really enjoyed it. Della was ecstatic: "I called my husband and my best friend, and we just celebrated together over the phone. To tell somebody about Jesus who didn't know anything about Him broke through a fear barrier for me." Erin didn't become a Christian that night, but Della continues to pray for opportunities to talk to her more.

"I learned that when it was God's timing, it was very natural," she says. "It was still scary because I wasn't used to it, but I just had to push through my fears."

It all started from Della's prayers for opportunity, as she asked God to open her eyes to the people around her and see their need for a Savior.

For Jason Koch, a 29-year-old salesman in Atlanta, Georgia, his own dramatic conversion story was motivation enough. He used his turning from a life of drinking and drugs as a way to explain the gospel to others.

As a Christian, Jason's life became peaceful, yet he recognized a familiar turmoil in the downstairs apartment. He knew his neighbor, Jeff, was abusing drugs.

Then one morning, Jason and Jeff met in the hallway and began talking. Jason hadn't had any training in what specifically to say to Jeff; he just told about his own life.

"I've had a lot of experience being a sinner," Jason says. "So I just told him about that." He explained his own need for a Savior, and how Jeff could know Christ.

At the end of the conversation, Jeff prayed with Jason and invited Christ into his life, just like Jason had only a few months before. "All it took was me stepping out and being a willing vessel," says Jason, "and God did the rest."

For college student David Steinbarger, it took traveling to another country to get to finally talk to others about his faith.

The 20-year-old kinesiology major grew up in a Christian home, yet began to take ownership of his faith in college. "But I had lots of fears and questions about talking to others," he says. "How would God speak through me? I wondered."

Then he signed up for a Cru mission trip to Ghana that he knew would push him into evangelistic opportunities.

He and his Bible study leader, Johnny Mailloux, talked with many people about faith during the 12-day trip, and a conversation with a butcher impressed David the most.

They met him sitting outside a restaurant at the University of Ghana, and asked him what he knew about God. They showed him the booklet, Would You Like to Know God Personally?, and he read most of it himself, continuously asking the Americans questions.

"He'd never heard that he was God's child before," says David. At the end, the butcher invited Christ into his life. He even talked with his brother, who was sitting nearby, and began showing him verses from the Bible that David and Johnny gave him.

"His whole persona had changed," says David. "I'd never seen God just take hold of someone and transform them like that."

David came back from Africa with a renewed zeal to tell others about Christ. He committed to talking with every guy on his 30-person dorm floor about Jesus.

In the same way, after Jason led his drug-addicted neighbor to Christ, he gained the courage to talk to his mother and sister, who both became Christians. Della, too, was able to talk with another student she tutored. "I look for opportunities to have conversations with people now," she says. "I feel the urgency finally."

For each one of these people, their first experience in evangelism was about being available to God, and moving beyond their fear. They prayed for an opportunity, or just told about their lives, or pushed themselves into new situations. Each one found that the uncharted territory wasn't quite so scary.

It really was just a matter of taking that first step, and seeing where it took them.