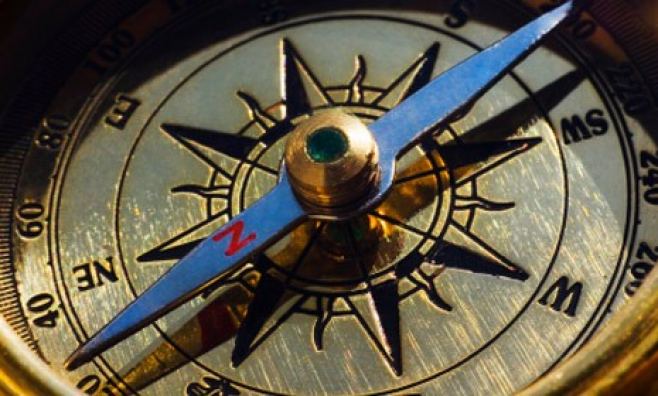 5 Guidelines to Point You Toward God's Will

In November I got the call.

The man on the other end of the line was from FamilyLife, a branch of Cru focused on building godly marriages and families.

John made small talk, then got to his point: “Would you consider becoming the editor of FamilyLife's online magazine, The Family Room?”

Right then I pictured myself on a path about to split 2 ways. I had a choice.

If I took the job 1,000 miles away and headed down that road, it'd be a new adventure with a ministry for which I've always had an affinity.

However, on the other side I'd leave behind a writing position at Worldwide Challenge, which I loved, and I would have to move away from all my friends and co-workers who, over the course of 4 years, had become like family to me.

I told John that I would pray about it, and that I would go wherever God sent me and do whatever He wanted me to do.

That sounds good, but in times of decision making, how do we practically discern God's will and know if He's leading in a certain way or not?

I've mistaken my own thoughts and plans for God's voice in the past, like when I thought God told me a certain gentleman was “the one.” He wasn't.

This time I wanted to make sure not to repeat that. So I went through various processes and not just one in determining God's will: prayer, seeking godly counsel, looking at scriptural principles, evaluating my circumstances and sensing an inner peace.

“If these 5 principles don't line up neatly like lights on a runway, you need to question seriously whether you're ready to come in for a landing,” writes Gordon S. Jackson in Destination Unknown.

The Importance of Prayer

Prayer is an essential ingredient in making a decision. I prayed for 7 weeks about the job offer.

James 1:5,6 states, “If you need wisdom, if you want to know what God wants you to do ask Him, and He will gladly tell you. He will not resent your asking. But when you ask Him, be sure that you really expect Him to answer” (New Living Translation).

I've found that God doesn't usually operate like a fast food drive through, handing me His answer just 4 minutes after I place my request.

However, I was confident that He would show me what to do in His time.

After hanging up with John and whispering an initial prayer to God, I dashed to my friend's desk.

Allison and I prayed together regularly, and I trusted her walk with God. I gushed about the new opportunity.

“I don't want to know what you think I should do," I said. "I want you to seek the Lord on my behalf and see what you think He wants me to do.” She agreed. I also asked my friend Becky to do the same.

For 7 weeks neither friend pressured me to stay or go, but only prayed for me, questioned me about both choices and helped me think through the consequences of each. Proverbs 15:22 reminds us, "Plans fail for lack of counsel, but with many advisers they succeed” (New International Version).

A godly woman whom I respect suggested I also make a pro/con list to help me weigh my options.

“Writing them down protects me from 'the tyranny of the most recent thought,'” says Keith Davy, a Cru staff member.

“Too often our most recent thought will dominate our thinking and have the most influence, whether or not it merits that privilege.”

To discern God's will, we also must continuously cling to Scripture. No, the Bible doesn't directly instruct on who to date, whether to accept a job offer or which house to buy.

But it does give principles. For instance, we know that Christians are not to marry non-Christians, that we are to be good stewards of our money, and that we are to follow through on promises made.

In the past, I might have searched the Scriptures for some proverb or verse to tell me exactly what to do.

I'd scan for something like, 'And then they moved west.”

Or, “Paul knew it was best to stay where he was.”

I'd have misapplied that one sentence to my whole circumstance, and therefore moved or not moved. But that's just divination in disguise.

This time I considered scriptural truths that apply to everyday life, such as Psalm 84: “No good thing does [God] withhold from those who walk uprightly. O Lord of hosts, how blessed is the man who trusts in You!” (verses, 11,12).

I had worried about making the wrong choice, but based on those verses I knew I could trust where He would lead me.

Having surrendered to Jesus, and having repented of any unconfessed sin in my life, I am called upright by God.

I knew He would take care of me.

I also looked cautiously at the providential circumstances of the situation. For instance, I didn't own a house. I could just up and move.

I also knew a lot about FamilyLife and really admired their ministry. Whenever someone asked about my favorite assignment while writing for Worldwide Challenge, I thought of two stories – a tossup – and they were both about FamilyLife.

Everything seemed to line up, until I learned that I'd probably have to live without a roommate in Little Rock, Ark.

Dreading isolation, I could have viewed this as Providence “closing the door,” determining that God must not be calling me to FamilyLife.

“Many Christians follow the illogical and unbiblical closed door policy, often with unsatisfactory and frustrating consequences,” wrote Bill Bright, founder of Cru, in the Bible study Five Steps to Knowing God's Will.

“God's work in our lives does not exclude such experiences, but the closed door policy refers to a careless hit or miss attitude that does not include evaluation of all the issues.”

Inner peace was the last factor in my process of discerning God's will for me. We should not base decisions solely on our emotions, but God can use them to tell us something.

Despite all the changes and challenges, I felt a strong sense of peace when I thought about moving.

So I told Allison late one night,

“I think I'm going to take the job. What do you think?”

She said she wouldn't tell me until I knew for sure.

She said, “I know. That's what I've sensed God saying all along.”

A few days after making my decision, my phone rang. It was John from FamilyLife. Before he said very much, I offered my answer.

3 Things I Learned to Better Live the Christian Life

How to Move Toward Genuine Change in Your Life

How to Plan and Lead Effective Prayer Meetings

The key to effective prayer meetings is intentional preparation. This guide will show you how to prepare for a spiritually rich time in community prayer.

Reasons Why We Pray

What does prayer actually accomplish? If God knows everything, and God controls everything, why should we pray to Him?

How to Trust God, Even in Difficult Times

God can still be trusted even when life is difficult. Read this for practical ways to grow your trust in God through every circumstance.