Can Memorizing the Bible Really Make a Difference? 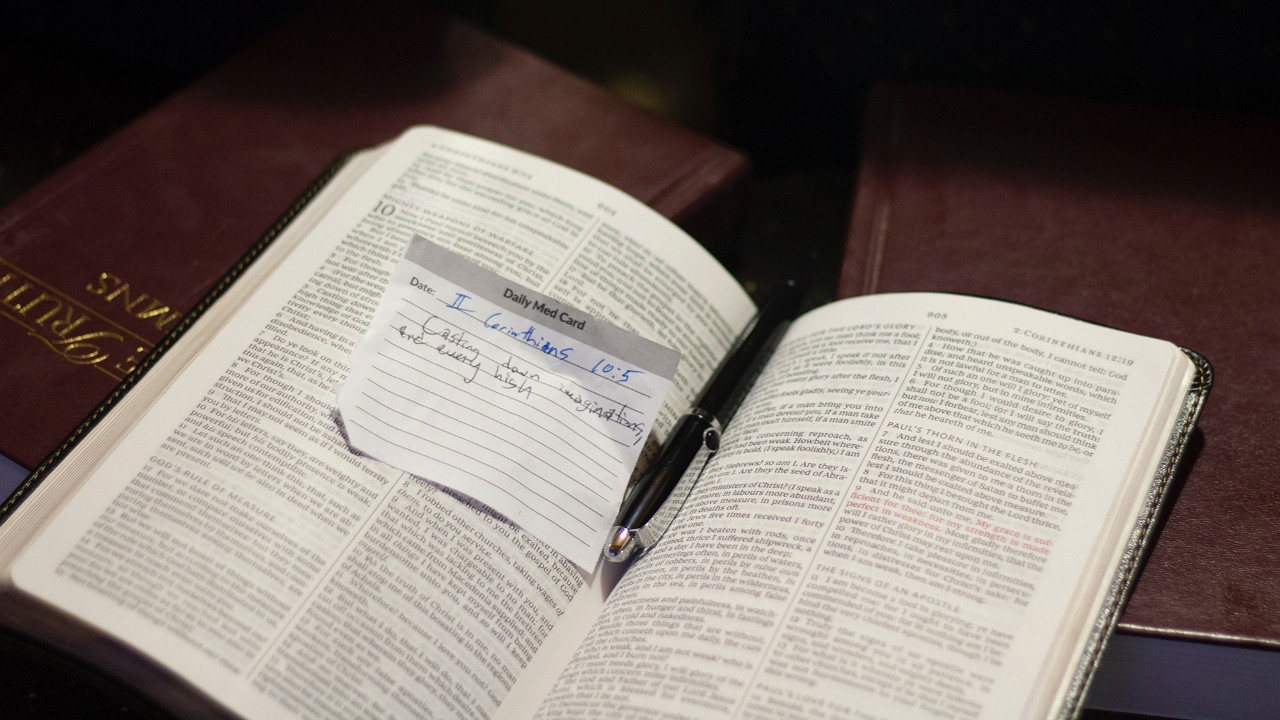 Have you ever found yourself in a situation where the answer was right on the tip of your tongue?

Most people would admit that, at least once, they’ve memorized something just to repeat it for a test — a math formula, a sonnet, a date in history. We commit information to memory only to forget it soon after the test.

For six young men, the test is life, and Scripture is what they’re memorizing to prepare. They know the Bible holds accessible, practical, life-changing truths, and they’re committing those truths to memory.

For these men, it isn’t about memorizing to repeat. They’re memorizing Scripture to apply it to their lives.

“I’m not just memorizing it,” says Dave, one of the six. “I’m committing to have this memorized always.”

These six men meet regularly to talk about life and study the Bible together. They’re inspired to memorize Scripture because of their leader, Chris. More than 10 years ago, Chris memorized 475 verses and still knows every single one word for word. The men were inspired by how his knowledge of the Bible weaved its way through his everyday life, and they’re following his example.

Developing A Love for the Bible

As a new follower of Jesus, Chris recognized the Bible as a source of meaning and truth. He wanted to know how to access the message between its covers.

“I developed an incredible love for the Scriptures by observing seasoned Christians around me who had a handle on the Word,” Chris says.

He wanted that same kind of grip.

Chris bought a package of wire-bound, three-by-five-inch index cards. He began writing down Bible verses that he liked, noting the exact book, chapter and verse. He copied every word onto the card. He also recorded the date when he wrote each verse down.

He wanted the verses he memorized to make a difference in his life and relationships.

“The best evidence came in real life-on-life moments,” remembers Hugh, one of the six men. “I would say, ‘I know there’s a verse that says something like this ... .’ Chris would get this faraway look and then come back and would have the specific reference and very often get the words exactly right.”

Since he knows so many verses, Chris stands ready for teachable moments.

In one instance, he counseled a young man who felt directionless and anxious about his future. Chris pulled out his Bible and flipped to several passages about guidance.

Chris has noticed another life change. Because he has intentionally committed those verses to memory, they come up naturally in conversation. More surprisingly, he says, they have become a natural part of his thought process.

“It is just part of my thought life,” says Chris. “That’s why I memorized Scripture. I wanted those thoughts up there.” He laughs out loud: “I’ve got enough problems with the other thoughts.”

Chris discovered that memorizing Scripture brings him closer to God. Having Scripture at the ready prepares him for all that life might throw his way. As his six friends are discovering, this is no special skill, but a gift available for all who follow Christ.

How Can a Mentor Help You?

Finding a mentor can help you grow in many areas of life. Mentors can offer wisdom and advice from life experiences you haven’t had yet. Learn more about how mentors can help you personally, professionally, and spiritually.

Drowning? You May Be Spiritually Discouraged, But You Can Stay Afloat

How to stay afloat during spiritual discouragement.

Plan a getaway with the Lord.