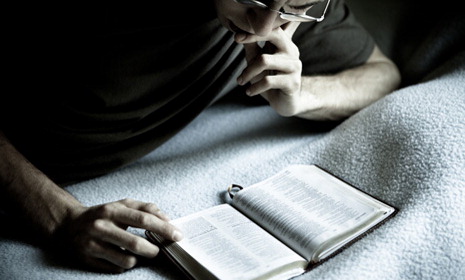 It is easy to look at the huge variety of people who call themselves Christians and be confused about exactly what a Christian is.

Sometimes people use “Christian” just to mean a moral person or as a word to describe someone who goes to church. Some people think “Christian” refers to a political view.

The first time anyone was called a Christian is recorded in the Bible. “It was at Antioch that the believers were first called Christians” (Acts 11:26, New Living Translation).

The people who believed that Jesus was God also chose to live like Him. As a result, a group of people in Antioch teasingly applied Jesus' title of Christ as a label for His followers.

The word “Christian” is less important than the spiritual reality it illustrates.

Many people think they must behave a certain way to become a Christian. The Bible explains that becoming a Christian is not about behavior, but about responding to Jesus' offer of forgiveness.

“God saved you by his grace when you believed. And you can't take credit for this; it is a gift from God. Salvation is not a reward for the good things we have done, so none of us can boast about it”
(Ephesians 2:8,9, NLT).

Learn more about how God changes lives by reading about what the Bible says is true if you are a Christian.