Would they throw away 22 years of marriage? 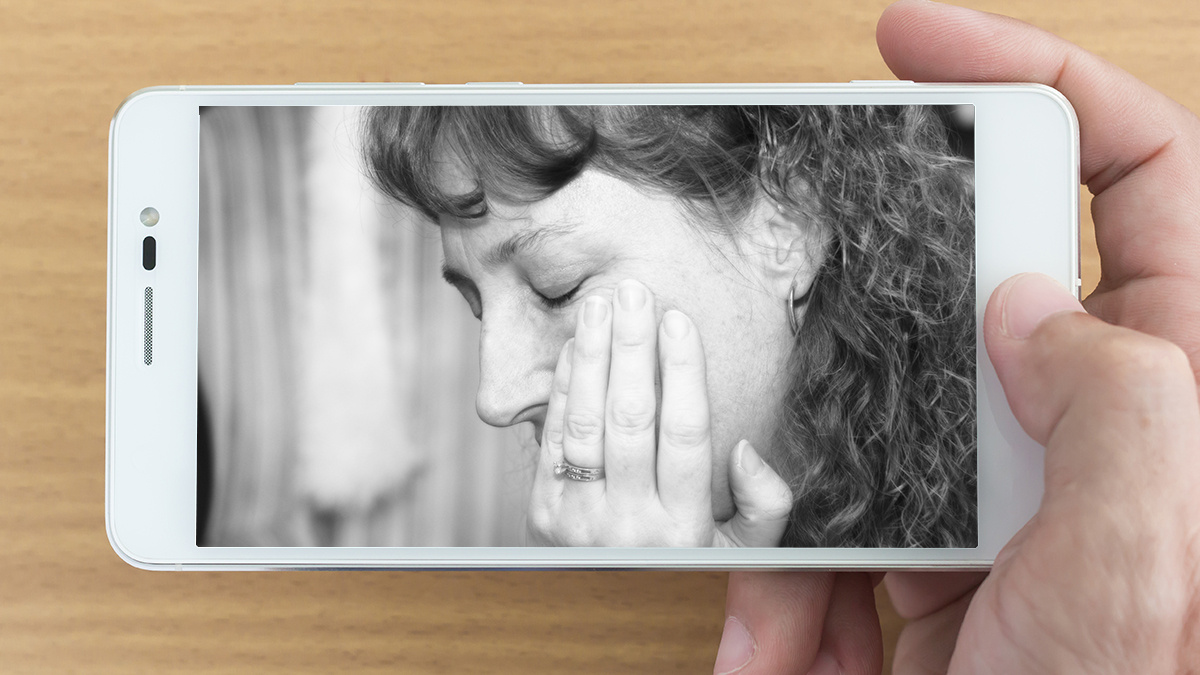 When Gary stopped telling Tracey “I love you,” she sensed that something must be wrong. That’s when she started thinking about how much time Gary had been spending on the computer … how he always seemed to have his cell phone, even when he went to bed.

One night, after Gary fell asleep, Tracey slipped his cell phone off the nightstand. And then she saw the text messages from Gary’s ex-wife.

Tracey was livid. Her husband was having an affair.

How could Gary do this to her? And after more than two decades of marriage? How could they have drifted so far?

Yet deep within her heart, Tracey knew that she was part of the problem.

By nature, Gary was affectionate, but Tracey didn’t show her emotions. She rarely was the first to tell her spouse, “I love you.”

“People would say I was lucky to have a husband as sweet and as romantic as Gary,” she says, “but we were not together very often.”

Ever so slowly … isolation had crept into the Penrods’ marriage.

Gary often worked 12-hour shifts and was usually exhausted when he got home. If Tracey asked him to help pay the bills or teach their little girl to ride a bike, he usually said he’d do it later. But “later” seldom came. That’s when she resorted to what Gary calls her “teacher voice.” It made him feel disrespected and belittled.

Then when Gary ignored Tracey’s requests, she felt like she wasn’t important. “I felt like I was not worth anything.”

But instead of telling Gary how she felt, she would often say she was looking for something as she slammed cabinet doors.

If Gary asked, “What’s wrong?” Tracey’s typical response was, “Nothing.”

And night after night, the Penrods repeated a pattern. They sat in the same room … his eyes glued to the family’s television set, hers fixed on the laptop screen. Although Tracey and Gary were physically near one another, they were worlds apart.

‘I was thinking divorce was ... inevitable’

Staring at the text message from Gary’s ex-wife, Tracey wondered if her marriage was dead. She began to wake her husband. “How could you?” she yelled over and over again.

By then Gary had been having an affair with his first wife for almost six months. It began when he went home to Kentucky to go hunting with friends. He happened to see his ex and she was available, having been married and divorced four times.

It was just a friendship at first, Gary says, but he knew then it could be more. After Gary and his ex became Facebook friends, “more” became a reality.

Gary returned to Kentucky for another hunting trip and to visit to his folks. But while he was there, he also spent several nights with his former wife. He knew she wasn’t good for him or for his marriage. But he didn’t care.

He just wasn’t happy at home.

And now that Tracey knew about the affair, Gary felt a strange sense of satisfaction. “I was thinking that divorce was pretty well inevitable.”

Gary kept saying that he was moving out.

And Tracey kept answering, “You don’t just throw 22 years away.”

Even though the Penrods had not set foot in a church for almost a year, Tracey convinced Gary to call their former pastor. They met him at the church and Gary actually agreed to cut everything off “with Kentucky.”

The pastor did his best to counsel the Penrods, but he had few resources for a troubled marriage. Tracey felt helpless. Overwhelmed by sadness and tears, she sensed Jesus telling her, Just give it to Me.

Tracey says, “And that's what I did: Gave it to Him; let Him take it.”

Refusing to give up on her marriage, Tracey started looking online for a counselor. She also checked out the website of The Bridge, a church near the school where she works. That’s where she learned about Scott and Sherry Jennings, the marriage and family life pastors at The Bridge.

She discovered three FamilyLife Today® radio interviews with the Jennings called “Love Renewed,” and an online article, “He Led a Double Life.” After listening to the interviews and reading the article, she had hope.  If God had restored Scott and Sherry’s marriage, He could restore hers.

She sent an email to the Jennings. “Sherry responded with the kindest words,” Tracey says, “and the most beautiful prayer and just encouragement and lots of resources.”

Although Tracey says that she had called herself a Christian for as long as she could remember, she began to realize that she didn’t really know Jesus. “As I came to know Christ,” she says, “my heart softened.”

Tracey began to speak to Gary in a softer tone, without sarcasm and without a condescending tone. “Jesus kept changing me,” she says, “and I held onto Matthew 19:26, ‘… With people this is impossible, but with God all things are possible.’”

By the time Tracey actually met Sherry Jennings, she and Gary had begun seeing a marriage counselor. As a “homework assignment,” they were to spend two hours together each week – just the two of them. Gary and Tracey were told to talk about anything – especially family issues and problems.

Their first dates were filled with a lot of yelling, crying, and finger pointing. But then something remarkable happened. As Gary says, “Once we started getting that out of our system, we started making headway.”

A turning point in their marriage came during a service at The Bridge Church when Gary realized why he had not been able to fix his marriage. He couldn’t.

As he listened to the pastor’s message about true faith, Gary began to visibly shake. Tracey put her hand on him. Gary says, “It was the first time that she had touched me since the whole thing had started.”

After Gary returned home, he realized what had been wrong in his life: He had built it on what would make him happy. He needed Jesus. So did his marriage.

Gary asked the Lord to forgive all of his sins, and he became a follower of Jesus Christ. That’s when Jesus became not only the new foundation for Gary’s life, but also for his relationship with Tracey.

Gary and Tracey continued to be involved in church and to also follow their marriage counselor’s advice. On one of their dates, they found themselves sitting in a parking lot with nothing to say. Tracey had downloaded the Jennings’ FamilyLife Today radio interviews to her iPod, so she suggested to Gary, “Let's listen to this.”

Needing to kill time, he agreed.

But before they could hear the last part of the Jennings’ story, the Penrods’ two hours were up. Tracey expected Gary to turn on the car’s ignition and head back home. Instead, he wanted to keep listening.

“I felt like I was changing,” Gary says, “I started feeling like there is hope.” And that’s when he saw it – the light in Tracey’s eyes. Tracey had been changing, too.

After so many years, Gary was starting to feel like he meant something to his wife, and Tracey wondered if Gary might actual care.

Investing in their marriage

In August 2012, the Penrods attended an Art of Marriage® video event with the Jennings at a local church. As Gary watched the different messages and laughed at humorous vignettes, he was sure he wanted to make his marriage work.

Gary left the video event amazed at how wrong he had been on so many different levels. Tracey left with a commitment to handle conflict differently. Applying what she learned, she began talking with Gary about their problems. She stopped stuffing her feelings inside. And Gary no longer considered conflict with Tracey a personal attack. He started treating his wife as his perfect gift from God.

In the past two years, the Penrods have continued to invest in their marriage. They have attended two Art of Marriage events and a FamilyLife Weekend to Remember® marriage getaway. Today they are putting into practice what they learned from these events.

Two years ago a watching world would have declared the Penrods’ marriage dead … without hope. But now Gary and Tracy are happier than ever.

“When we’re at home,” Tracey says, “we make it a point to be together.”

Gary says, “She’ll be putting her makeup on and I'm in the kitchen, and I just have to find her and hug her and tell her that I love her.”

It would have been so easy back then to throw away 22 years.

Copyright 2015 by FamilyLife.  All rights reserved. Used with permission. For more articles on marriage and family, visit FamilyLife.com.

Why a Grateful Child is a Happy Child

Does a Good God Want Me in a Bad Marriage?