Why Do So Many Kids Leave The Church? 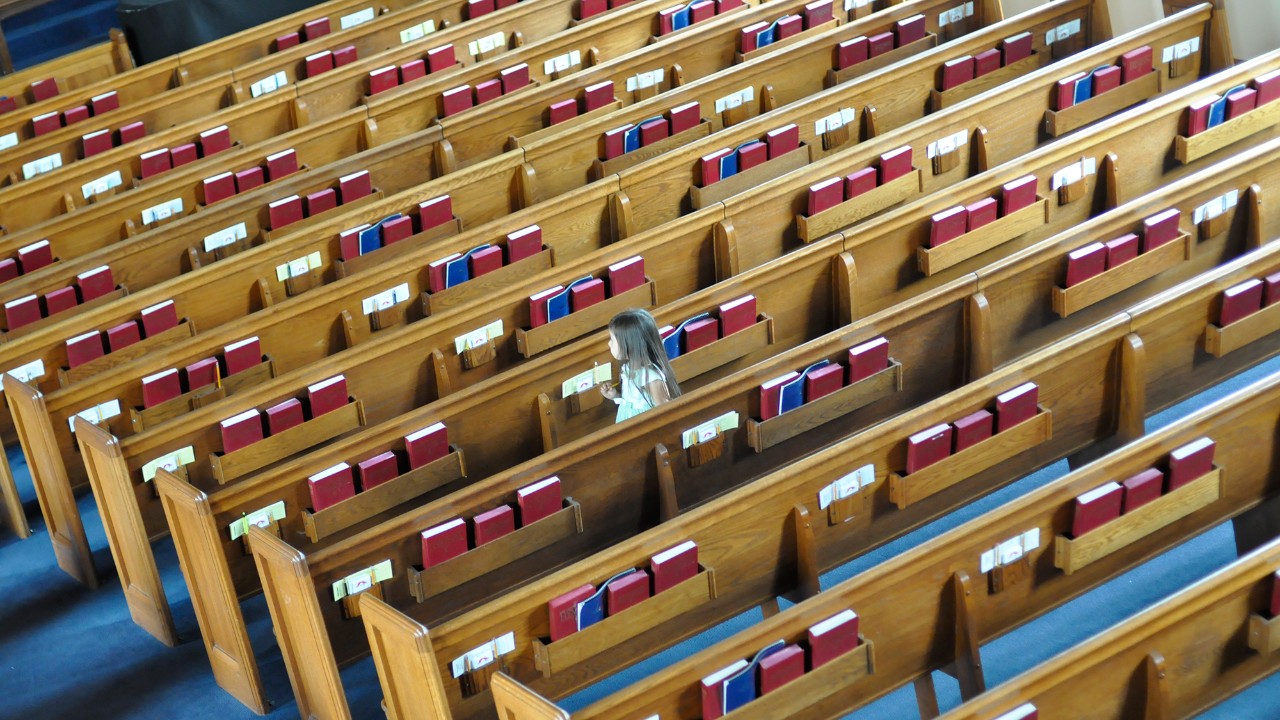 Christian parents want their children to grow up to walk with Christ. So we’re dismayed when we see so many leaving the church as young adults.

In a FamilyLife Today®interview, Dr. Ken Hemphill talks about raising children with a kingdom mindset. Ken is a national strategist for empowering kingdom growth for the Southern Baptist Convention. He is a former pastor and was president of Southwestern Baptist Theological Seminary in Fort Worth, Texas.

Dennis Rainey: It doesn't take a social scientist to look around at the children as they graduate from high school and see how many of them are defecting from the faith and no longer attending church. In fact, the Southern Baptist Convention now tells us that around four out of five of the youth in their churches no longer attend church and that many are defecting from their faith by their freshman year in college.

Ken Hemphill: According to a recent study, about 70 percent of young people who grow up in an evangelical home … when they return from university, they rarely return to the church. Now, I'm not talking about their home church, I'm talking about church anywhere.

The disconnect is that their parents were involved in church, but church was not involved in their home, if you get the connection here. In fact, they said the greatest at-risk teenager in America is not the teenager whose parents were atheist or agnostic, but … those who were nominal Christians.

Dennis: I worked with high school students in the 1970s … and over a period of five years, what I noticed was that the kids who were least likely to catch a fire for Christ and get an intense love for Christ were those children who grew up in what I would call "nominal" Christian homes where the parents weren't inflaming their children's hearts with a love for Christ.

Ken: Here was the thing that stunned us in this study … they were talking about [parents] who were involved at church – they were Sunday school teachers and deacons and elders. They were in church, but church was never in their homes.

So these kids, they would say, "I believe the Bible is true," but they didn't relate the Bible to real world and real history. They would see their parents come home from church … [and] the way they treat their kids, the way they treat their business employees, does not connect with anything they heard from the pulpit. … They go to church, they hear these sermons about truth and truth-telling and the Word of God being truth, and then they see their parents – on a regular basis – lie to each other or to their neighbors or to their kids. … They see their parents saying, endorsing one thing and living out another.  That's where the disconnect is happening.

Bob Lepine: So when you sit down to address parents on raising children with kingdom purpose, are you really starting off by saying, "Mom and Dad, we've got to talk about you before we talk about what you do with your children?"

Ken:  Let me give you my definition of why we're here.  We are here to advance God's kingdom by His power and for His glory.  Where do I get that definition?  Well, I got it out of the benediction of the Lord's Prayer: "For thine is the kingdom, and the power, and the glory."

I think that our purpose here on planet earth is to advance the kingdom of God, which is His reign and rule over the nations.  His heartbeat—His agenda—is that all tribes, tongues, and peoples come to know Him as their rightful King.

This theme just goes all the way through Scripture. I think many Christians—myself included for much of my life—gave lip service to the fact that we were created for another kingdom, but we actually live life like it was about this kingdom.  And that's the tragedy of many parents … we want our kids to succeed at college … we want [them] to be good baseball players or good athletes or good ballerinas or good artists.  We oftentimes push them in those agendas at the expense of spiritual preparation for the Kingdom to come.

Bob: You've mentioned to me that when you were speaking on this subject recently, there was a mother in the audience who was really convicted by what you had to say.

Ken: I said [in my message], "Does your son know that his attendance at youth camp is as important as him going to that football camp?  Would you choose football camp over a Christian retreat?  Are you as concerned about your children studying the Word of God in preparation for their small group Bible study on Sunday morning as you are about them learning their multiplication tables? … Do your children know that their spiritual diet is as important to you as their physical diet? …"

I was sitting out in the vestibule after the service, and a young mom came up … This mother was weeping and she said, "Dr. Hemphill, when you made that last statement about diet, my daughter elbowed me, and she says, 'Mom, every day I can remember, you've asked me, Did you take your vitamin today? Not once have you ever asked me, Did you read your Bible this morning?'"

I wanted my children to do well in school, and they did. … My daughters are all serving God actively in the church, and their husbands are, and I thank the Lord for that. But if I could go back, there would be things I would do differently now. …

Dennis: The thing we're talking about here that we don't want parents to miss is that it begins with you.  You have to have the real disease.  Your life as a husband and a wife, mom and dad, need to be about God's kingdom, not living for the earthly kingdom.  That means how you talk in your home, whether you speak respectfully to one another, how you train your children. …

Ken: Children have kind of a radar, and they can detect phony a mile away. ... [They need] parents who are passionate about their faith, who have a passion to worship the King. And where you find that, those kinds of parents are usually engaged in the spiritual life of a child both at home and at church. … One of the things that we're saying very clearly is that the spiritual and intellectual development of your child is your responsibility. It is not the church's responsibility, it is not even the school's responsibility, it's yours. …

Dennis: Christianity cannot be a spectator sport. You've got to be on the field.  If you want to impact your children and have a hope, a realistic hope of your children getting their own faith, then they need to see you on the playing field engaged in the game.  And we're not talking about just church attendance here. It's an infectious love for Jesus Christ, representing Him, living out the Scriptures, being obedient to the Scriptures, making decisions in light of how this furthers God's kingdom.

Copyright © 2015 by FamilyLife. All rights reserved. Used with permission. For more articles on marriage and family, visit FamilyLife.com.