I realized I needed to be intentional in raising my children. Fortunately, I had a good model. 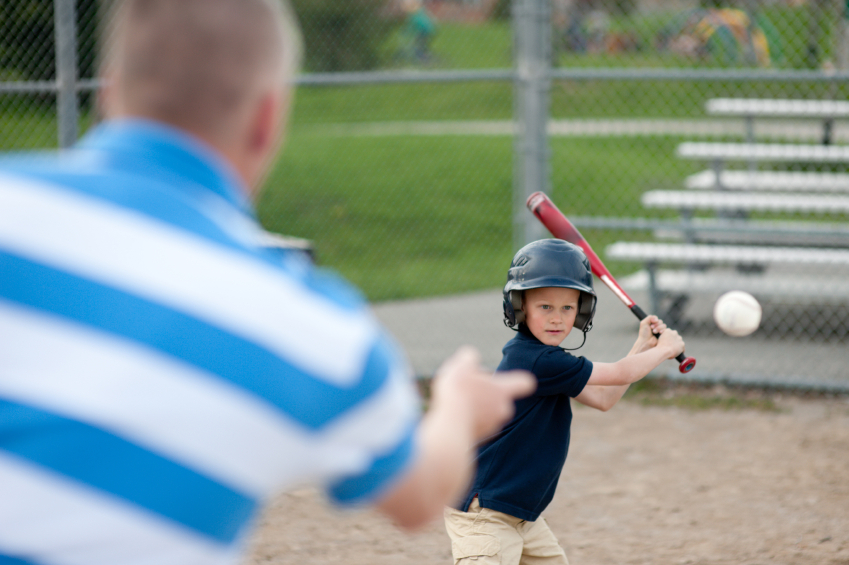 A few years ago, my son Ben and I had the opportunity to go to a World Series game in St. Louis. It was awesome to see my beloved Cardinals square off against the Detroit Tigers.

The Cards won 5–0 (and went on to win the Series in five games), but the highlight from that evening’s experience was when my friend Chip turned and asked my son, “How would you describe your dad in one word?” Watching Ben think for a moment, I quietly speculated about what he might say. I was hoping it would be some noble character quality like “loving” or “kind” or “forgiving.”

Instead, my grown son’s one-word conclusion of me was “intentional.”

I sat there stunned.

If you’d given me a dictionary and a couple of days, I’d never have chosen that word! I looked at my son and thought, You were number two in your class in high school, student body president, intelligent … Is that the best you can do?

Ben explained to Chip, “Dad was always purposeful about being a father—always teaching and training us. He tried not to leave anything to just happen.”

Now that I’ve had some time to chew on it—and now that others in the family have weighed in and confirmed it—I’ve concluded that “intentional” is not a bad description. I think I realized early on that raising my children was going to be my greatest contribution to a time that I would not see. As a result, I needed to step up as a father and become very intentional in what Barbara and I taught them and in what I modeled to them.

Fortunately, I had a great “intentional” model of my own—Hook Rainey.

Boyhood was pretty simple for me growing up in Ozark, Missouri. I think one reason it was so secure was that even though I lived in a small town, I had a big dad. Not in personality or size, but in character. Some boys never have that. I’m glad I did.

My dad was a quiet man with granite-like integrity, and he loved baseball. I learned later that he was a legendary country pitcher in those parts. A lefty, he was tagged with the nickname “Hook” because he evidently had a wicked curveball—the only thing about his life that was crooked. He was so good that he played in the St. Louis Cardinals farm-club system and pitched a game against Hall of Fame pitcher Dizzy Dean.

Dad taught me how to throw a curve, a slider, and a knuckleball. His knuckler was mystical. As the ball would glide to me, he’d laugh and say, “Count the stitches, Son … count the stitches!” I’d chuckle with him as the ball floated and darted toward me. It was all I could do to catch that fluttering ball.

Dad coached our little league baseball team, the Ozark Tigers, for three seasons. I was only 10 when we played our first game against a well-seasoned group of veterans called the Early Birds. I didn’t realize it then, but it was a classic David and Goliath showdown. I was starting pitcher, and I think we were behind 12–0 in the first inning when Dad moved me to right field. The league didn’t have a mercy rule, but they did have a time limit, and the game only lasted three innings. We didn’t get a hit, and the final score was 22–0.

But Dad never gave up on us. He taught us the basics, and slowly he turned me into a pitcher and a bunch of country boys into a competitive team. I have a team photo that hangs in my office to record what we accomplished. Two years later we made it to the semifinals in the play-offs … and sure enough, our opponent was the Early Birds.

I’m sure they were licking their chops to play us again, but it wasn’t quite the game they expected. It was competitive until the last play in the bottom of the last inning. We had a chance to win, but the Early Birds prevailed again, 3–2.

I was crushed that we lost. But now, over half a century later, I have a different view of that game. As I sit and stare at the team photo, it doesn’t matter that we lost. What matters is that my dad was in the picture … not just for three seasons, but for my life.
Much of what I am today is because I had a father who stepped up as a man and stepped into my life. He was more than somebody’s dad. He was my dad.

God gives us a unique opportunity as fathers to join Him in what has to be one of the most noble, transcendent assignments we’ll ever have as men: He gives us the privilege of joining with Him in shaping the next generation of men. But we won’t fulfill those responsibilities unless we’re willing to step up and be intentional in how we raise our sons.

Adapted by permission from Stepping Up: A Call to Courageous Manhood, © Dennis Rainey, 2011, FamilyLife Publishing.

The Unmasking of an Online Affair