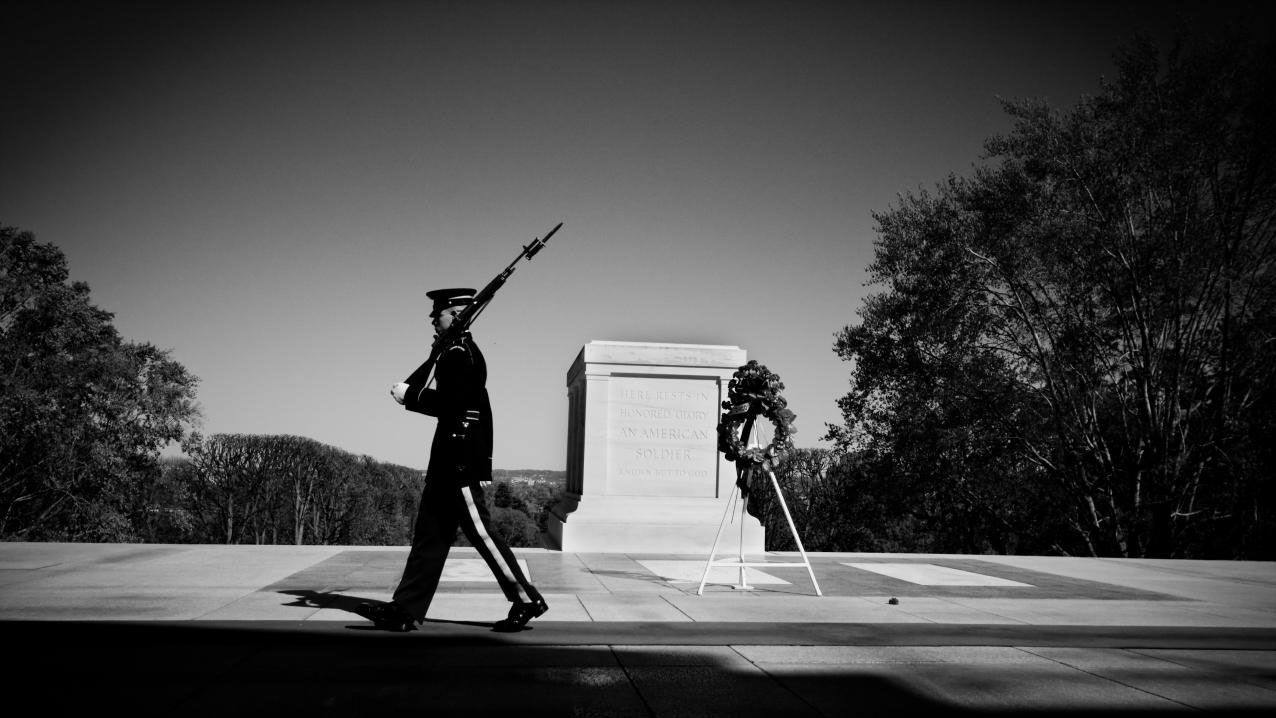 In 2003, Hurricane Isabel slammed into the East Coast of the United States, leaving 16 dead and cutting power to six million homes. The edges of the hurricane passed through Washington, D.C., prompting the president and members of Congress to find safer quarters.

That was not the case at Arlington National Cemetery, where guards stood vigil at the Tomb of the Unknowns at the time, just as they had done every hour of every day since July 1, 1937. When the hurricane hit, the soldiers remained at their posts even though they were given permission to seek shelter.

Like these soldiers, we are called to stand and do our duty while staring down the very storms that seek to rob us of courage, taunting and tempting us to neglect our duty and abandon our posts.

The honesty of Scripture is one of the reasons I knew the Bible would be the place to go to learn what a real man should be and do. I began looking through the Scriptures, focusing on passages that talk about men and manhood, and along the way, I discovered five prevailing themes.

1. A man controls his emotions and passions

Single or married, a real man tames his passions. He doesn’t abuse women or children; he protects them. He keeps his hands off a woman who is not his wife and treats his wife with love, respect and dignity. He keeps his eyes off pornographic images. He protects a single woman’s virginity and innocence. He’s not defined by his exploits below the waist. He’s a man with a heart, head and conscience.

2. A man provides for his family

First Timothy 5:8 says, “But if anyone does not provide for his own, and especially for those of his household, he has denied the faith and is worse than an unbeliever.” These are strident words. When a man doesn’t work and provide for his family, he feels a sense of shame. His self-worth sinks.

A man who doesn’t work, who can’t keep a job, who moves from job to job, or who refuses to assume his responsibility creates insecurity in his wife and children. Every man needs to provide for his family, which also means taking responsibility to provide for emotional and spiritual needs. A father should train his children and prepare them to become responsible adults who know how to negotiate the swift and sometimes evil currents of culture.

3. A man protects his family

To borrow an illustration from John Piper and Wayne Grudem on the essence of masculinity: When you are lying in bed with your wife, and you hear the sound of a window being opened in your kitchen at 3 a.m., do you shake her awake and say, “The last time this occurred, I was the one who took our baseball bat and investigated to see if someone was breaking into our house. Now it’s your turn, Sweetheart. Here’s the bat!”? No!

But being a protector calls for more than ensuring physical safety. Proverbs 4:10–15 describes a father who protects his son by passing on wisdom, helping him build godly character, and teaching him to reject the lies and temptations of the world. This father protects not only his son but the generations to follow as the wisdom he shares gets passed on.

4. A man serves and leads his family

Serve and lead may seem like a contradiction, but they are inseparable according to Scripture. While the Apostle Paul tells us in Ephesians 5:23 that “the husband is the head of the wife,” he quickly puts to rest any notions that this leadership allows for selfish male dominance. He completes the sentence with, “as Christ also is the head of the church.”

The passage goes on to say that husbands should love their wives “just as Christ also loved the church and gave Himself up for her” (verse 25). This paints a picture of leadership contrary to how the world views it. A man is called to be a servant-leader – to take responsibility for his wife and children and to put their needs ahead of his own. He is called to demonstrate selfless, sacrificial love – the type of love we see in God toward his children.

Micah 6:8 says, “He has told you, O man, what is good; and what does the Lord require of you but to do justice, to love kindness, and to walk humbly with your God?” The core of a man’s life should be his relationship with God. The man who walks humbly with God is motivated and empowered to step up and assume the difficult responsibilities that come his way.

You see, a courageous man is never off duty.

7 Questions to Find Your Spiritual Passion