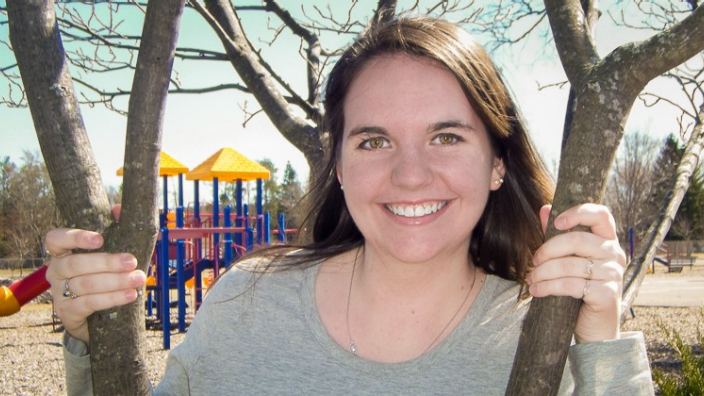 Surrender. That’s something I thought I had a pretty good handle on.

I thought that I was willing to go where He wanted me to go and do what He wanted me to do. After all, I surrendered my summer to Him when I decided to follow Him to North Myrtle Beach, South Carolina. Like most other students who went on a Summer Project this last summer, I was excited to reunite with all of my friends and hear about what God has been doing in their lives so far this year at Twin cities Experience (TCX), the Upper Midwest region’s winter conference. To be honest, that was the main reason that I decided to go. I love TCX, but I was burnt out from a busy semester filled with school, work, and a lot of Cru commitments. Part of me just wanted a break, but God had different plans.

All weekend, I heard about various Summer Projects, honoring God financially, and other steps of faith. Most of the time, I gave a quick “Yep, I’ve done that” or a stern “No, God isn’t calling me to that – that’s scary”. God revealed to me that I was looking at the life of the Christian as a check-list, not real vision to follow His plan. One of the speakers said something that hit me hard: You’re always called. Whether it’s across the street or across the world – you’re called to go somewhere and do something for God.

The last night of TCX is a night devoted to surrendering our whole lives to the Lord. This year it was a little different, though. A dear friend and man of the Lord, Sean Schoonmaker, was killed in a car accident in August of this last year. He served along side me and roughly 100 other students this summer in North Myrtle Beach. His dad came and spoke to us at the last meeting about how Sean was fully committed to the Lord. He wanted to go wherever God called him. Sean lived a life fully surrendered to the Lord.

As I sat in my chair, I sobbed and thought back to how Sean lived his life. All I kept thinking was that I wanted to be like him, because he wanted to be like Jesus. I wanted to surrender my entire life to Him – the only way to gain anything is to lose everything for Him. The speaker talked about Matthew 4:19-20: " “Come, follow me,” Jesus said, “and I will make you fishers of men.” At once they left their nets and followed him." That’s how Sean lived, and that’s how I want to live. Sitting in my seat, with tears streaming down my face, I signed the sheet surrendering my life to Him – all my dreams, all my plans, all my hopes, all my fears, all my pains… all of me.

TCX turned out to be more than just a reunion with my project friends or a chance to experience a conference with the freshmen girls in my Bible Study. It was more than just a day of outreach or a dance party. TCX was when God met me where I was at and said “Come, follow me, and I will make you fishers of men.” And I dropped my net and followed Him.