Director of Oneness and Diversity 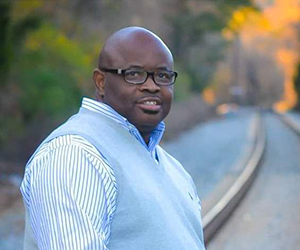 Darryl Lamar Smith was born and raised in Chattanooga, Tennessee. He graduated from Kirkman High School in 1983 and served in the U.S. Army for three years. God saved him in 1991. He was licensed to preach in 1992 and ordained in 1994.

Darryl has been on staff with Cru since 1996, working with high school students at Howard High School in Chattanooga. He served as Chattanooga’s city director for six years and as the southeast regional director for three.

In the summer of 2006, Cru chose Darryl to be the executive director for the high school ministry, where he served until he was chosen as the director of Oneness and Diversity in 2017.

Darryl is married to Gwen, and they have three adult children.