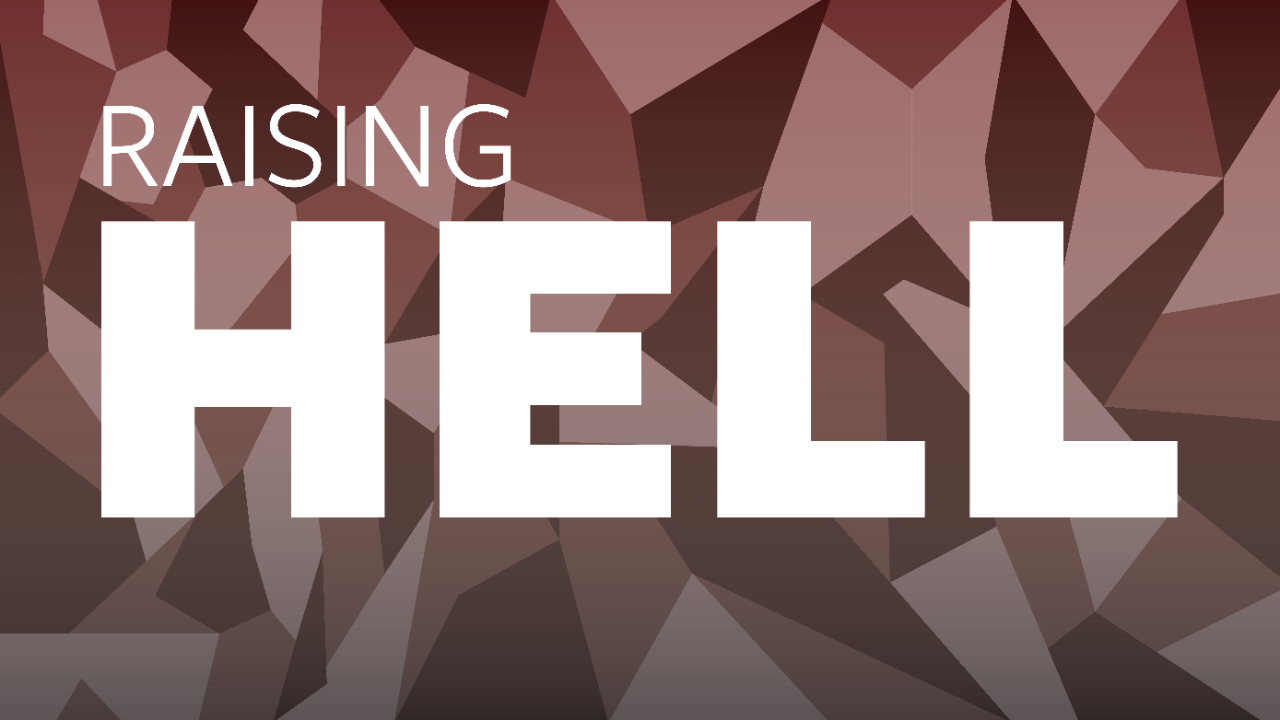 I've finally decided to do something that I should have done a long time ago.  I'm going to study hell.

My desire started with a simple question prompted by a 1989 movie: Do all dogs really go to heaven? And if so, is it plausible that all cats go to hell? (It's okay, cat people. I'm just kidding. Kind of.)

In reality, a seed of unorthodox thinking about the afterlife was planted during my childhood by an 80s TV show.  I can't remember the name of the show, but I do remember the scenario: A stereotypical conservative sitcom dad was being asked by his stereotypical liberal son-in-law if non-Christians make it to heaven. The answer was something like, "Yeah, Saint Peter meets them at the Pearly Gates, converts them, and lets them in." This was supposed to be a funny one-liner, but was it true?

A different viewpoint came to the surface when I was in High School. It was then that I was exposed to the theology of my uncle, a Seventh Day Adventist. He believed in annihilationism: that non-believers went to hell, but were essentially incinerated, avoiding the whole eternal suffering (weeping and gnashing of teeth) thing. Was this heresy or a viable possibility?

In college I received some great theological training and attended some life-changing Bible Studies during my time with Cru. But, when it came to the topic of hell, the words that stuck with me came from the great theologian Bart Simpson: "Wouldn't you eventually get used to it, like in a hot tub?"

These questions lay dormant for about 15 years, but came out of hibernation during the controversy surrounding Rob Bell's 2011 book Love Wins , which looks at "the fate of every person who ever lived."   In the midst of the whirlwind, while I managed to read multiple interviews, critiques, and articles, I never got around to reading a single word of the actual book.

Of all the responses to Bell's proposed "maybe universalism," perhaps the most lengthy and thoughtful was Francis Chan's book Erasing Hell , an examination of the doctrine of, you guessed it, hell.  I purchased the book, but only read a few pages before it ended up in the bottom of a pile.

Just last week I was challenged by a friend to read Hell: A Final Word by E.W. Fudge. (No, the author is not one of the Keebler elves, but has been called "one of the foremost scholars on hell.") Spoiler alert: Fudge makes a case for annihilationism, calling it a "third way" or some other intriguing term like that.

So, now that the topic of hell seems to keep seeking my attention, I can avoid it no longer. I'm going to do something about it. My plan is to:

I'll admit that I'm not going into this process completely unbiased. I think it's impossible to completely separate myself from the influences of culture (both pop culture and Christian culture). However, when it comes to theological indoctrination, the subject of hell is not one that Cru has heavily emphasized, so it may be easier than I think to become a blank slate. Let me explain:

In my understanding, Cru teaches that, by nature, people are separated from God and are, therefore, spiritually dead. But because of his great love for us, God offers eternal life and a relationship with Him through Jesus. Unless we place our faith in Christ, we remain on the path of spiritual death for all of eternity. I believe this is biblical, but relatively "safe," in that it avoids getting into details (like saying, "this is exactly what Hell will be like").

But, in the end, I want this process to draw me closer to Jesus, making me more like Him. That, I believe, is worth it.

How to Know Your Position in Christ

Your Identity in Christ: How God Sees You

So many things clamor to define you. But as a follower of Christ, your identity can and should be grounded in one thing: who He says you are.

Why Was Jesus Crucified?

Jesus dying on the Cross is one of the most important parts of His story. Learn why He did it and what it means for you.