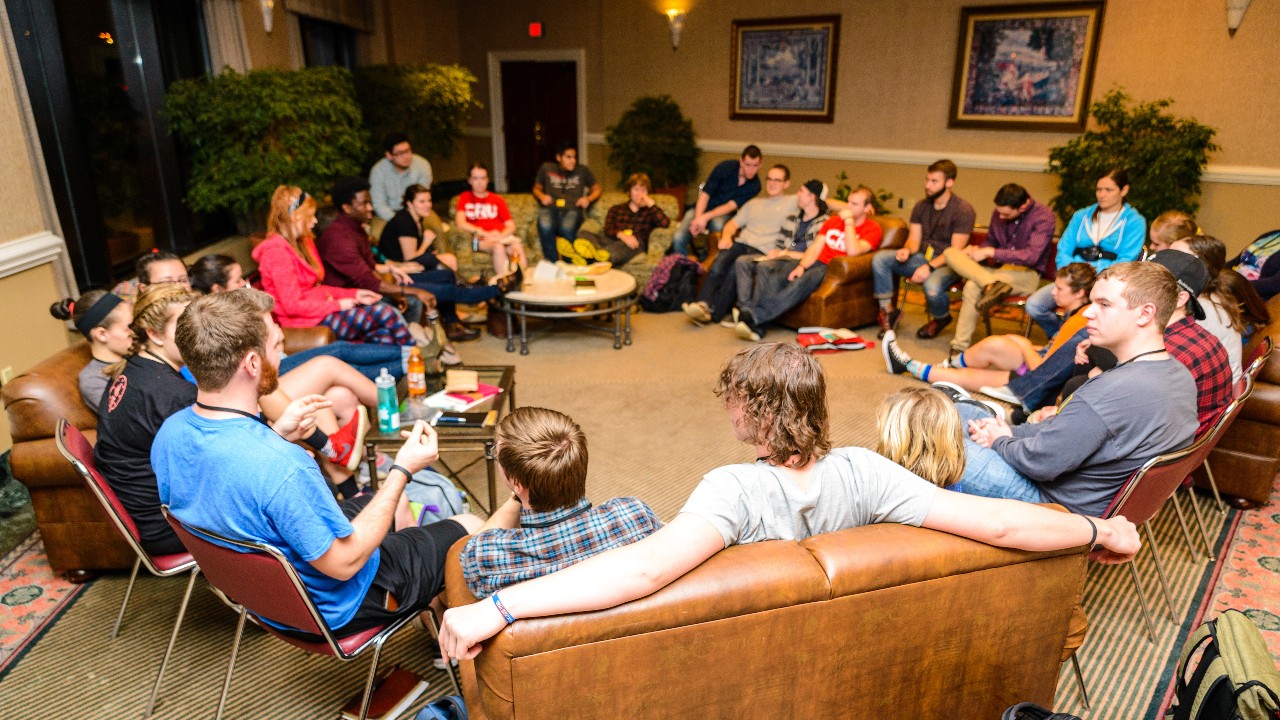 You’ve sent out e-mails, text messages, plastered the dorms with flyers, called every possible contact you have, all toward a goal of getting as many warm bodies in a room for a Small Group Bible Study.

If only it were as easy as leading a Small Group Bible Study, which really isn’t that easy at all. See the challenge here is this: whoever shows up represents your entire ministry on that campus. So, you’ve invited everyone to an inaugural Bible Study but in fact this more of an organizational meeting because you are trying to launch a ministry.

The greatest answer to your prayers for this initial meeting would be: (1) that the hour you spend together would be encouraging and enjoyable enough that people would want to come back the following week, and (2) that amongst those who attend this first meeting there would be at least two or three believers mature enough and committed enough to want to help you get the ministry going and growing.

As this is a very important meeting, for your part, you want to be as prepared as possible with great questions, smooth ice-breakers, and penetrating biblical insight that will splay open the hearts of all those in attendance with the deft of Dr. Phil.

Here are some things to keep in mind as you try to make this first Small Group a successful one:

1. Take care of all the details regarding the environment – e.g., the room, time, lighting. Hint: fluorescent lighting does not invoke intimacy.

2. Be there early to welcome everyone and introduce people to each other. Work like a dog on remembering names.

3. Be enthusiastic, regardless of the turnout. If only one or two people come you may have to alter your plan but stay prayerful and full of faith.

4. You may not want to have a “lesson” the first meeting, preferring to spend time getting to know one another. However, some people might be coming to your group just to check it out, and they expect some time in the Word. Perhaps the most important thing is to ask some questions that allow people to share where they are at in their walk with God: some kind of snapshot of their spiritual journey.

5. Be careful to plan the actual group time. Give yourself extra time for flexibility so you end on time. You don’t want to run long the first meeting. You might plan your first group something like this:

6. Don’t put people on the spot by asking them to pray when they aren’t prepared.

7. Be real. Share with the group some of your own journey with the Lord – your ups and downs along the way. Put yourself in their shoes. Remember, they probably don’t know what to expect, so help them feel at ease.

(Anything and everything you need to know about leading a Small Group can be found in the Small Group resource file at CruPress Green.)

Phew! That’s over. By-and-large it went pretty well. But again, you are not just starting a Bible Study, you are launching a ministry and so here’s what you need to think about in light of this second objective.

Before anyone heads out the door, make sure you have everyone’s contact information. Second, encourage them to bring out any Christian friends they may know to the next Bible Study. Last, cast a vision for what this Small Group could become. Let them know that on some campuses student ministries can have 5-6-700 people involved. Help them to see that this isn’t just a Bible Study but rather they are involved at the ground floor of what could be a major movement of God on the campus.

During the first Small Group meeting did anyone strike you as someone who could help give leadership, even if it’s simply making calls or putting up flyers? Usually there are at least a couple students willing to share some degree of ownership for the group.

If you’ve been able to identify a few leaders you can do one of two things. First, you might pull them aside at the end of the first Bible Study. As people are heading out the door ask them to stay behind and suggest going out for some coffee to get their feedback and input on how things went.

A second possibility is to call these potential leaders and set up a separate meeting (sometime before the next Bible study). Just tell them you felt their presence added a lot to the group and you’d like to get together to get their input and feedback.

Let’s say your first Bible Study was on a Monday night. It would be ideal to reconnect by Thursday with those two or three students you ear-marked as potential leaders-slash-helpers. Here are some suggestions and objectives for this time.

Hang Out. As you meet with them at some cozy coffee shop on campus, just hang out and get to know them better. Ask questions about their walks with God, and what its like for them to live out their faith on campus. As they talk, share, and answer question make some evaluations on their spiritual maturity. You want them to help, but certainly not beyond their level of spiritual maturity.

Feedback. Get their feedback and input on your first Small Group meeting: what went well, what went not- so well, what should be different for the next meeting.

Content. Ask them what they think would be interesting for the Small Group to study. Don’t commit to anything, just listen and get a picture for what they want and need spiritually speaking.

Vision. Share your vision with them of what you are trusting God to do on the campus—how you desire this Small Group to grow into a ministry.

Involvement. In light of the vision you just shared let them know that you would love their help in any way they feel they can be involved. Perhaps they would be willing to put up flyers or text the people who came the first week and invite them back. Involvement, as they say, breeds commitment.

Let’s say six or seven students came out to your first meeting. Not bad. But there’s got to be other Christians on campus who didn’t know or hear about your Small Group. So plaster and poster every free bulletin board on campus and see if you can’t shake out a couple more people. You’ll find a variety of poster and publicity options on this site. What would be awesome is, if week two’s study had more people than week one. Maybe 8 to 10 people?

To gather even more awareness you might get permission to have an information table in the dorm or Student Center. Students could stop by the table, get a free Bible or something, and sign up if they’re potentially interested in a Bible study.

And that brings us to week two. If things go even moderately well, repeat the activities of week one. Keep moving forward, keep showing up keep trying to generate critical mass. What’s critical mass? There’s no hard and fast rule but if you have 8-10 member attending regularly, growing in their walks with God and in their relationships with one another, you have a successful Small Group, and you have the foundation on which a larger ministry can grow.

Preparation 1: Filling Out a Campus Profile