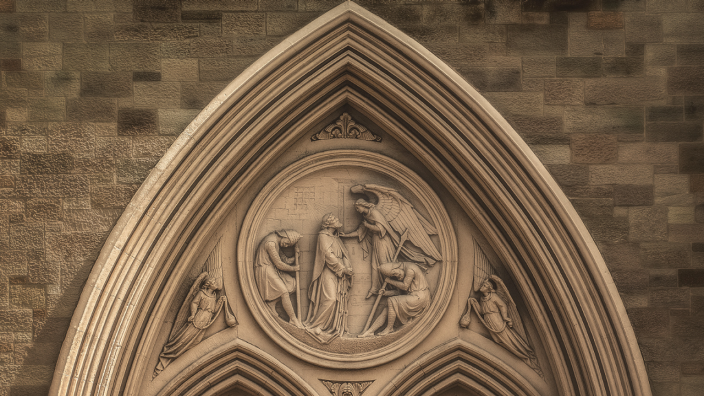 Christianity knew its Savior and Redeemer, not as some god whose history was contained in a mythical faith, with rude, primitive and even offensive elements. The Christian’s faith is founded on positive, historical and acceptable facts.

It is true that there are men — among them some of the world’s most honored scholars — who do not believe that Jesus is the Son of God, our Savior. But I am appalled when I talk to many of these men about Christ, for I discover that almost always they are ignorant of the basic truths of the gospel. If you would read any of the writings of Robert Ingersoll, Thomas Paine, or other well-known skeptics, you would be amazed to discover that these men are taking issue with something they do not fully understand. They have erected straw men, labeled them Christians, and then proceeded to destroy their own creations.

Learn about the several irrefutable pieces of evidence that have brought me to the firm conviction that Jesus was raised from the dead, thereby proving Himself to be the Son of God.

One of the best-known skeptics of this century was C.S. Lewis, a professor at Oxford University. For years, he was an agnostic who denied the deity of Christ. After a long process of searching for answers, he received Christ as his Savior and Lord. Later he wrote many outstanding books advocating belief in Christ as Savior.

A man who was merely a man and said the sort of things that Jesus said wouldn’t be a great moral teacher.  He would either be a lunatic on the level of a man who says he’s a poached egg — or else he would be the devil of hell; you must take your choice.

Dr. William Lyon Phelps wrote: “It may be said that the historical evidence for the resurrection is stronger than for any other miracle anywhere narrated.”

John Singleton Copley, recognized as one of the greatest legal minds in British history, comments, “I know pretty well what evidence is, and I tell you, such evidence as that for the resurrection has never broken down yet.”

These pieces of evidence satisfied my questions on the validity of the resurrection, and as a result, I invited the living Christ to come into my life almost fifty years ago.

Then I remembered the words of those angelic beings who spoke to the women on that first Easter morning, “Why do you seek the living One among the dead? He is not here, but He has risen” (Luke 24:5-6 New American Standard Bible). Then I understood, as I never quite understood before, that Jesus of Nazareth, the risen Christ, was present in that tomb just as He was and is present in any other part of the world where men place their faith and trust in Him. Yes, He was with me in that tomb because He lives within me. But He is also with me on every continent and in every country where I travel and speak.

Jesus Christ promises to all who place their trust in Him to be with them always, never to leave them or forsake them. Of all the great, life-changing truths contained in the Bible, the most meaningful to me is that my body is a temple of God, and the living, loving Lord, Jesus Christ, actually dwells within me.

First, He is the only One who can pardon man from his sin.

Second, He alone can give purpose for life.

Third, He alone can give peace to a troubled heart.

Fourth, and finally, only Jesus can give us power to live an abundant life.