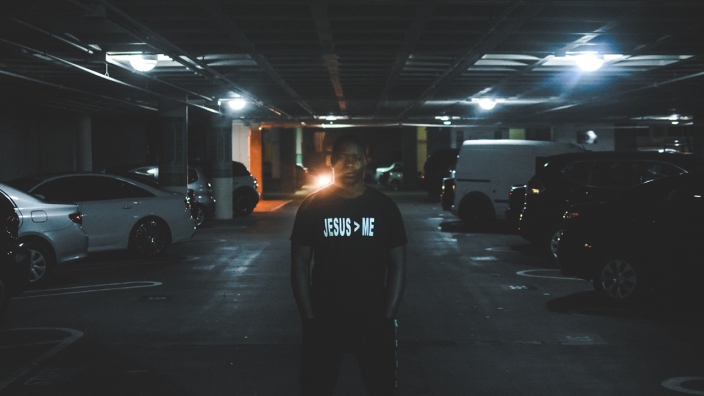 The Bible tells us that God is holy and man is sinful. Sin creates a great gulf between the two, which man cannot bridge no matter how good he is. The Bible says, “All have sinned and fall short of the glory of God” (Romans 3:23, New American Standard Bible), and “the wages of sin is death [eternal separation from God]” (Romans 6:23, NASB).

But what do we mean by sin? It is not necessarily just a matter of lying, stealing or being immoral. Basically, sin is an attitude. It is going one’s own independent way indifferent to God. It is a lack of relationship or fellowship with Him. The Bible clearly defines sin as falling short of God’s standard, which is His own perfect righteousness. Sin often manifests itself as self-centeredness, an attitude of active rebellion, or passive indifference to God.

I like to picture your will as a throne in your life. Either you or God is on that throne. If you say, “I am the master of my life; I will do as I please,” you qualify as a sinner. If Christ is on that throne, you have accepted Christ’s payment for your sin, and He has brought you into a relationship with Him.

The Bible teaches that Jesus Christ is God’s only provision for sin. In the Old Testament, the Israelites brought animals to the priest as sacrifices for their sins. These animals had to be perfect, without spot or blemish. The animal was slain and its blood was sprinkled on the altar by the priest as a temporary covering for the individual’s sin.

This sacrifice pictured the coming of God’s one special “Lamb,” Jesus Christ, whose blood would not just cover man’s sins temporarily but would wash them away forever. God sent His only Son, who was without sin, without spot or blemish, to give His life, to shed His blood upon the cross for the forgiveness of our sins.

The Scriptures say, “Without the shedding of blood there is no forgiveness” (Hebrews 9:22, NASB).

“For God so [greatly] loved and dearly prized the world, that He [even] gave His [One and] only begotten Son, so that whoever believes and trusts in Him [as Savior] shall not perish, but have eternal life” (John 3:16, Amplified Bible).

God bridges the gulf to man through His Son. He has promised that we can know Him and have fellowship with Him now and for all eternity, through the Lord Jesus Christ. That is the most precious truth in the Word of God.

From Religion to Christ

But, you may ask, is Jesus the only way to God?

At the conclusion of one of my university lectures on “The Uniqueness of Jesus,” a young Hindu professor from India approached me. He was angry and impatient. “I resent you Christians,” he said. “I resent the arrogance with which you say that Jesus is the only way to God. I believe that Christianity is one way, but only one way. Hinduism is another. Buddhism, Shintoism and other religions are all ways to God,” he protested.

I reminded him of the writings of the great Hindu leader Mahatma Gandhi, who for all his devotion to his religion, stated in his autobiography, “It is a constant torture to me that I am still so far from Him whom I know to be my very life and being. I know it is my own wretchedness and wickedness that keeps me from Him.” This young professor said that he had once believed that Gandhi was God, but, of course, he no longer believed this.

In addition to being devout, this young man was unusually brilliant. He was completing double doctorates, one in physics and one in chemistry — at the same time. As we talked, he began to see that Christianity is different.

He saw that Christianity is not just another man-made religion or philosophy but that it alone makes provision for man’s basic need, which is forgiveness of sin. He admitted that, although he was a devout follower of his religion — diligent in the reading of the sacred Hindu writings and in all of the ritual of his faith — he had never found God.

I called his attention to the differences in the lives of his Christian friends. He admitted that they had something that he did not have. It was obvious that “that something” was the living Savior who had come to live within them and had forgiven them of their sins. Soon we were on our knees together and this young Hindu prayed that Jesus would forgive his sins and become his Savior.

Indeed, no religion in the world provides for the forgiveness of sin. Apart from the cross of Jesus Christ, all men would be forever engulfed in sin and separated from God. What most religions teach is that if a person’s good works outweigh his bad works, he will go to heaven or the equivalent. But if his bad works outweigh his good works, he will go to hell or the equivalent, according to his particular religion. Of course, he does not know until this life is over to which place he will go. What a tragedy! How inadequate is such a religion or philosophy.

Take Buddha out of Buddhism, Mohammed out of Islam, and, in like manner, the founders of various other religions out of their religions, and little would be changed. But take Christ out of Christianity and there would be nothing left, for Christianity is not a philosophy or ethic, it is a personal relationship with a living Savior who came to earth to pardon us from sin and give us the assurance of eternal life with God in heaven.