There is Hope for Your Blended Marriage 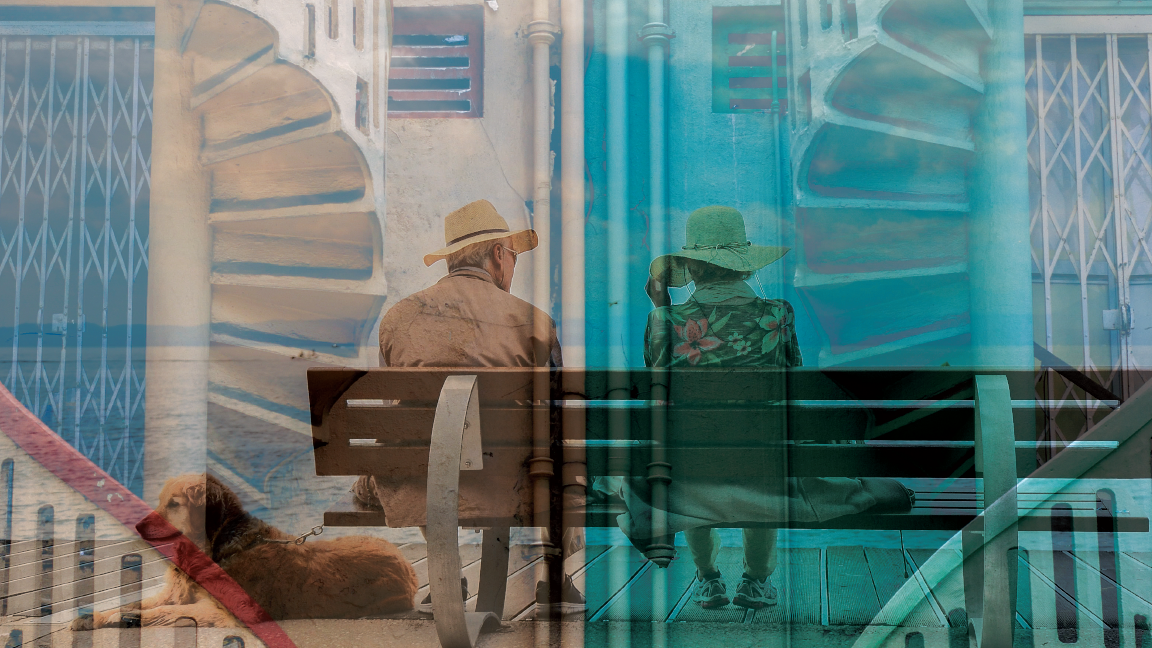 In many ways, the deck is stacked against Walt and Ann Bealke.

They have come from different backgrounds, with complex family histories and challenges. This is the third marriage for both. In the U.S., almost three-quarters of all third marriages end in divorce. And yet, more than five years into this union, they are not just surviving, but thriving and helping other couples to do the same.

Walt’s first marriage lasted only a year and a half, and his second was fraught with difficulty from the beginning.

When he married his second wife, she brought with her a 3-year-old daughter named Victoria. Walt had never even planned to have children. Having not had a good role model in his own parents’ marriage, he was more than a little nervous to be a parent. But he persevered, legally adopting his step daughter 4 years later. Ten years into that marriage, his wife unexpectedly abandoned both Walt and Vicky.

In the wake of this messy divorce, Walt was welcomed into a local church, where he would eventually become a Christian. For the next ten years, Walt raised Vicky as a single father while he figured out what it meant to walk with Jesus.

Meanwhile, Ann experienced a different kind of abandonment. Fourteen years into her second marriage, Ann’s husband Chuck was diagnosed with severe emphysema. This caused enormous strain on Ann and their 5-year-old daughter, Laura. Many of Laura’s formative years were spent with a father being slowly killed by disease. By the time Chuck died 14 years later, the family had moved to Columbia, South Carolina, so Ann could pursue a master’s degree in Christian counseling.

Walt had briefly attended church with Chuck and Ann before they moved to Columbia, but they had not developed an especially close relationship. Five months after Chuck’s death, Walt and Ann reconnected at a singles event at church. A conversation turned into dating and finally into marriage.

While every marriage can have difficult moments, the complexities of the Bealkes’ remarriage provided a host of additional struggles. They had to figure out where they would live, as they each owned a house in a different state. Both had to navigate merging their families. For Walt in particular, it was strange to start a new family with Ann after 10 years as a single dad. Neither had dated or entered marriage as Christians before. As they have worked through these challenges, they have gleaned a lot of wisdom to pass on to the next generation of couples who find themselves in similar situations.

1. Be patient through the transition.

Whether or not you have children, blending two families to make a new one is a huge transition. Tensions and emotions can run high. Everyone involved is learning a new way to live and establishing a new culture. The last thing you or your new family need is to feel rushed during an already difficult time.

2. Respect your step-children’s relationships with their parents.

There are many complex issues that factor into how you relate with your children’s parents. These range from the length of the previous marriage to the reason for its dissolutions. One way that Walt and Ann communicate the value of their children’s biological parents is to keep photos of their previous families in their new home. These serve as a reminder of where they, and their children, have come from.

3. Take an honest look at the past to redeem the future.

Whatever the reason your first marriage ended, there are certainly things that you can do to make this one better. When it comes to marriage, it’s worth remembering the old Lowe’s slogan: “Never stop improving.”

While it may be easier to blame your ex, or even your new spouse, for all the problems in your marriage, it’s important that you honestly and intentionally consider what role you play in contributing to troubles as well.

4. God has given you a legacy.

Just as a remarriage inevitably creates tension, it also opens the door for God to redeem painful pasts. While you can’t undo the pain or mistakes in your history, you can allow God to use them to show His goodness.

Walt and Ann have seen how good, and how bad, marriage can be, and they’re eager to pass that knowledge on to the next generation. If they can help just one couple to dodge the snares that entangled their previous unions, they’re happy.

Ultimately, Walt sums up much of his wisdom on the subject of marriage in one sentence: “Marriage can be hard, but it can also be very, very good.” Whether or not you are married, consider some steps that you can take today to improve your marriage for the future.

10 Things You Can Be Thankful For Today

How Your Kids Can See the World Like a Missionary