A Prisoner’s Definition of Manhood 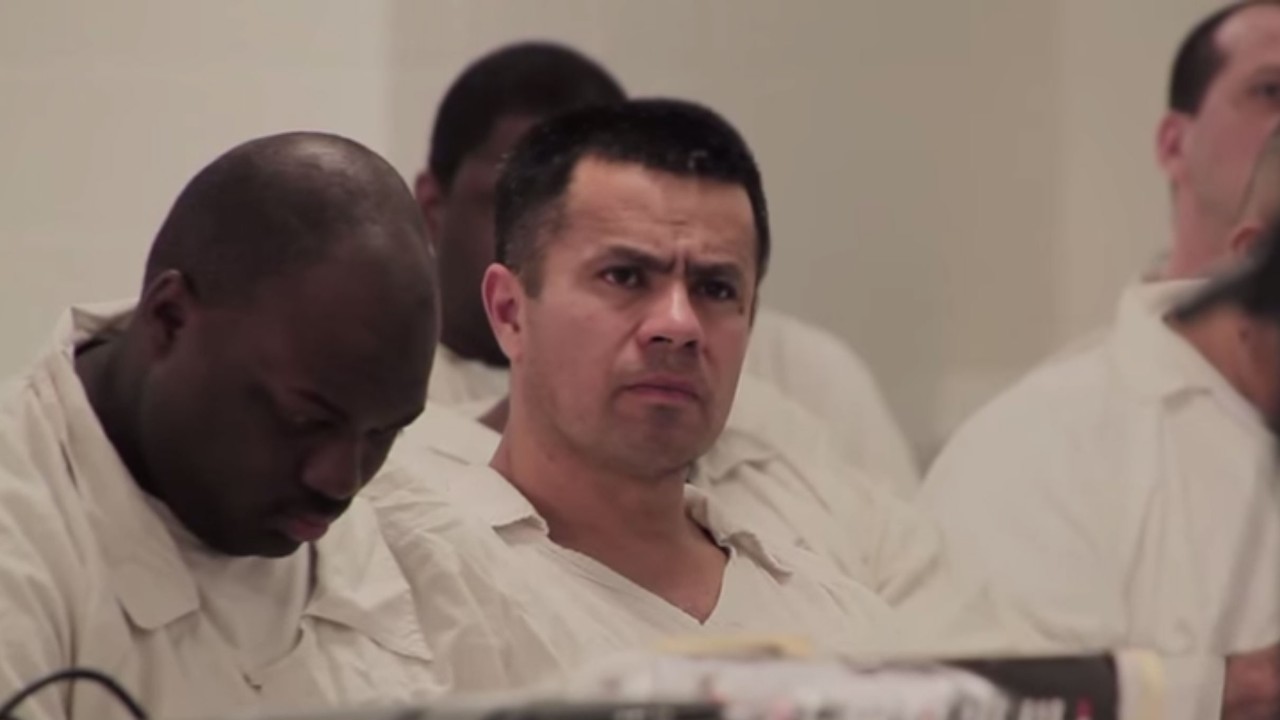 “He was a very charming man, and we had a great relationship, but he was not an example of a godly man. I saw stepmoms come and go. And when I was 11, Dad was sent to prison for four years. I told myself I would never be like him, but when I was 35, I found myself in the middle of a divorce. That’s when I started listening to FamilyLife Today® and found out what God’s plan for manhood is.”

So it’s no surprise that God used Jim to lead the first-ever Stepping Up class at a prison. Jim explains, “A fellow staff member who volunteers at Wrightsville Prison, about an hour from our offices, told the chaplain about Stepping Up and got him in touch with me. As soon as we put out a signup sheet, 300 men signed up. We couldn’t have that many men in one room, so we started with 110.”

An Act of Caring

“That meant we needed 110 manuals, and chaplains have no funds to buy Christian materials. I emailed the FamilyLife staff, and all day people kept coming to my desk with checks saying, ‘We’ve got to make this happen.’

“At the first session, we gave the manuals to the men and told them that they had been provided for free. Most of society has written these men off, but they knew someone cared.”

“The first video is 35 minutes long, and you could have heard a pin drop the whole time. When it was over, they broke into their small groups. In prison, you can’t let anyone into your personal life because they’ll use it against you. They have their own definition of manhood in prison, and what we were sharing was counter cultural.

“But as I walked around, I heard these men bonding in ways they’d never bonded before. After an hour and a half, some of them still hadn’t finished the questions.

By week seven, these men were best friends. They were looking out for each other. The culture of the prison began to change. The Assistant Warden stopped in and said, ‘I don’t know what you’re doing, but it’s making a difference.’ And another 110 men were ready to start a new class as soon as we finished this session.

“Every one of these guys is able to identify where they are on the five steps of manhood. For most of these guys, they’re still stuck on the adolescent step. They’ve never stepped up to manhood because they never had anybody provide that definition for them. They’re a lost generation. They’ve never had good male role models.

After 10 weeks, the men were ready to graduate, and Dennis Rainey was on hand for the celebration. Knowing these men feel like “modern-day lepers,” he looked each one in the eye, shook his hand, and told him he was proud of him.

The men had the opportunity to share what Stepping Up meant to them, and it became clear that many had accepted Christ. All shared their commitment to growing into godly leaders.

One man shared, “I thought I was a man, but I wasn’t one. I abused my wife and abandoned my children. And after going through this series, I now understand my real identity as a man and how I need to be God’s man.”

Since then, thousands of men at 17 prisons in 7 states have experienced the life-changing power of Stepping Up, thanks to donations from friends like you! The movement is continuing to grow, bringing with it an enormous potential to break generational cycles of fatherless children and poor choices.

Meanwhile, in Atlanta, Jim Reese, the president and CEO of the Atlanta Mission was going through Stepping Up with his son and son-in-law. “It created an avenue to talk about things we might never have talked about and to get close,” Reese remembers. “And I thought, this could be an incredible tool for our men at the Mission.”

But would it work? Much of Stepping Up is about family relationships, so how would men at a homeless shelter, who were separated – even estranged – from their families, respond? Would they be offended? Would it discourage them and make them focus on what they’d lost?

Then Jim heard the success story from Wrightsville Prison on FamilyLife Today and knew he had to try. FamilyLife has a warehouse near Atlanta, and when Jim got in touch with us, staff member Chris Herndon met him at the warehouse to load up 300 manuals. They were on their way!

“It Gave Them Hope.”

“We took all of the men in our long-term residential recovery through Stepping Up,” Jim says, “135 men. It became evident pretty quickly that the men were enjoying it and it was having an impact. It was challenging them.

“Most grew up in homes without dads. When you talked about ‘God the Father,’ if they had a picture in their minds of what a father was, it was usually bad.

“Even when they wanted to be a good man, they had no model of what that means. They couldn’t even picture it. They also often feel worthless. They’ve been in prison, had drug addictions, and lived on the street. They don’t feel like they deserve anything.

“Stepping Up gave them a toolkit. They could relate to the men in the videos because it wasn’t all guys with great lives. It gave them hope. First, because it showed we believed in them enough to take them through this series. Second, because I could see them believing that they could be godly men. They were going from ‘How do I get through today?’ to ‘I can begin to live a new way.’ They couldn’t erase the past, but they could live differently going forward.”

Up To the Challenge

“I have a fundamental belief that men want to be challenged to be men,” Jim says, and the men at the Atlanta Mission were up to the challenge. Nearly every man completed the full program. And once again, Dennis Rainey was on hand for the graduation ceremony.

“That meant so much to the men. So much of their lives, people have said they would show up and then didn’t.”

The stories are amazing. One young man broke down sobbing during a video that shared a story about racism. After the video he said, “My whole family is racist. My whole family. I was racist until I came here and lived with these African-American men and realized they were my brothers.”

One of the African-American men leaned over to him. “You can’t change what’s been,” he said, “but you can be different going forward.”

Another young man, who’d been shot four times and spent time in prison, said, “I want to finish my life as a mentor and patriarch.” Jim says, “I don’t even know that he knew those two words prior to this series.”

And one man told Jim that he was going to give his graduation certificate to his mom for Christmas. He’d never completed anything in his life before. “I know I’ve let her down,” he said, “and for the first time I’ve got something to give her that I think she’ll be proud of me.”

Now, Stepping Up is a regular part of the Atlanta Mission’s curriculum, and Jim hopes to spread it to every rescue mission in the country.

Learn more about Stepping Up, and check out the video below.

Their marriage was a train wreck

Taking the pressure off dads