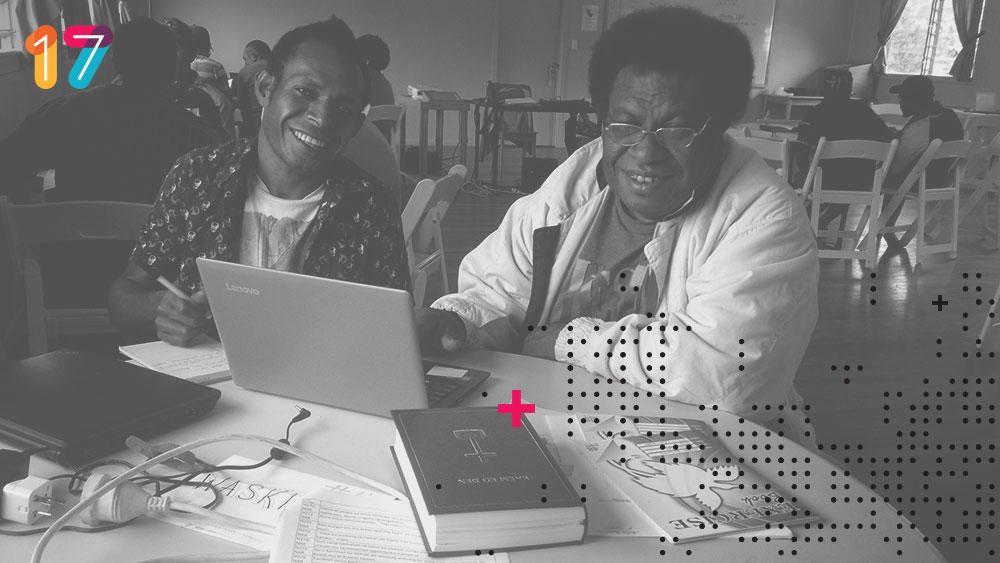 The woman in the faded red dress approached Loren Cunningham in a remote Mexican village. She looked hungry and weary. Her first question to Loren, though, wasn’t what he expected.

Those words pierced the heart of the founder of Youth With A Mission. She longed to hear God speak in her heart language.

Moved by the woman’s hunger for God’s word, Loren recalled seeing a passing bus with Spanish words on its side. It read, “Solo los deshonestos teman la verdad. Biblias gratis”

“Only the dishonest fear the truth – Free Bibles.”

The cry of the woman in the faded red dress lead to YWAM’s vision of ending Bible poverty. That vision birthed a partnership between YWAM, translation organizations like Wycliffe Bible Translators and the Jesus Film Project.

Around 180 million people have not heard a word of Scripture in their native language. If they have heard God speak through the Bible at all, He has spoken a foreign language.

YWAM has committed to partnering with others to end Bible poverty in this generation. But they recognized that translating Bibles alone won’t bring God’s word to everyone.

“You can translate the Bible into the language of any people group around the world,” said David Hamilton, YWAM’s vice president for strategic innovation. “But what if they cannot read?”

The Pacific Islands account for 20 percent of the world’s languages currently without any portion of Scripture translated. Based on this great need, the Pacific Wa’a Partnership was forged bringing YWAM missionaries, Jesus Film technology and the translation skills of Wycliffe together to target the Pacific Islands.

By 2020, YWAM aims to see work begun in all the languages that currently have no Scripture whatsoever. By 2033, they hope to end Bible poverty by seeing every people group with access to Scripture in their language, whether written or audio.

David says one shortcut to achieving YWAM’s audacious goals is to translate the Bible into trade languages, languages shared by multiple people groups.

But that isn’t enough.

YWAM missionaries are being trained by Jesus Film staff to use advancing technology to carry out recordings of a narrated version of the film “JESUS”, which requires a single voice actor. The organizations are going after smaller people groups than ever before in more remote areas. The work to end Bible poverty is now accelerating in an unprecedented way.

Big crazy goals are not just something YWAM uses to motivate their staff, it’s what they believe our big God is capable of doing through partnering with all of His people.

David longs to carry the Bible to more people groups who’ll respond the way the people of Vanuatu did, by saying, “God has come to us. God has not overlooked our people.”

If you want to know how you can be part of efforts to end Bible poverty, YWAM have created a website www.endbiblepovertynow.com.

Read also: YWAM and Jesus Film gives pastors in Papua New Guinea the gift of God’s word, thanks to a breakthrough in Bible translation hidden in a backpack.