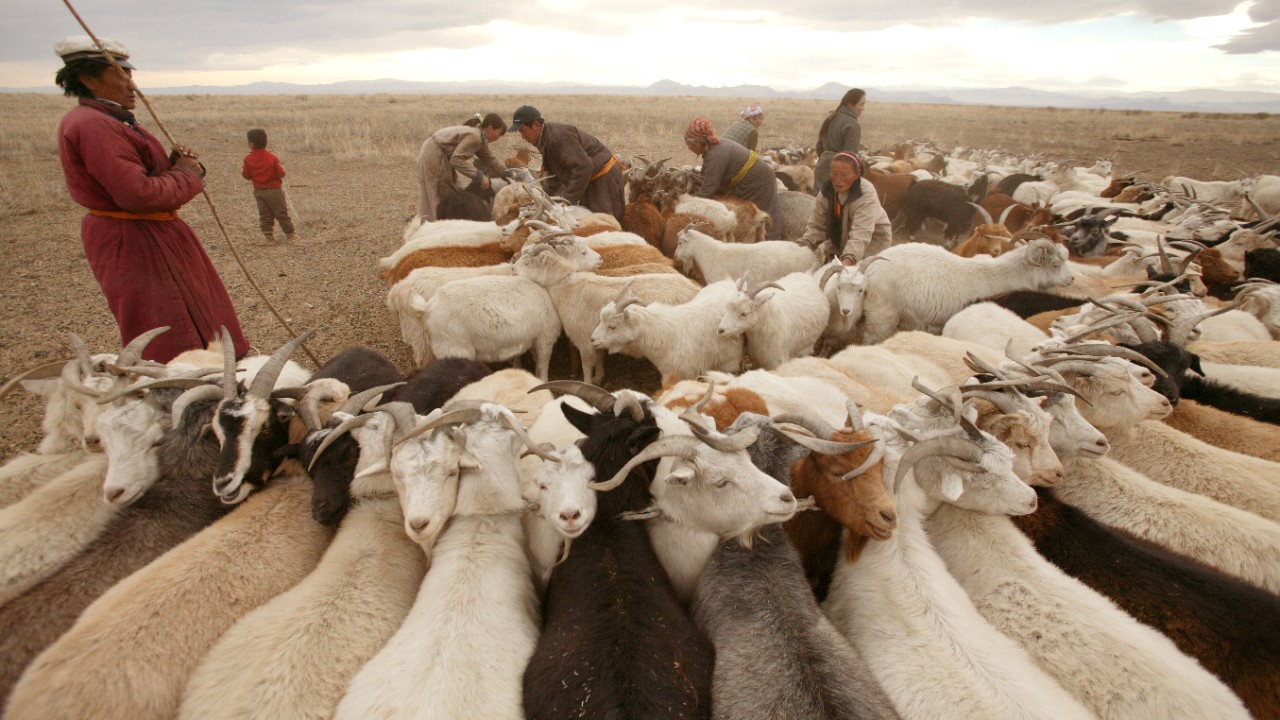 “I grew up on a farm in rural Missouri. Mongolia’s not that different to me.”

“There’s less duct tape here than Missouri, and the accent’s a little different, but it’s pretty much the same,” said Lee Harris*, a Southern Baptist Missionary who has served in Mongolia for three years working with marginalized people and herdsmen.

Lee, who grew up with horses and cows on a farm in Missouri, found he had much in common with the herdsmen of Mongolia who live in yurts (“ger” in Mongolian). His ministry has focused on giving practical help to those living in the countryside with hopes of starting meaningful conversations about the gospel.

Last year, while providing new yurts and fences for families impacted by a fire that swept through two states, Lee and his wife, Chelsea, started teaching locals about fire safety.

They discovered that fires often start when ash comes out of the stovepipes. Lee even created a small device herdsmen could cheaply and easily make themselves to prevent the ash from going out of the stove.

“They said ‘Come back to our place any time you want to because you’re trying to help us.’ (That invitation came) because of little things like that.” Lee said.

Lee and Chelsea also provide clothing, fuel, food and English classes to sustain people living in poverty in the capital city. During the winter, some families have to decide between buying fuel and food during the -40 degree winters. Five families of the 20 they have been working with this year have accepted Christ and started discovery Bible studies.

The couple has chosen to partner with others, influenced by Paul’s teaching on how he plants and another watered, but God makes things grow (1 Corinthians 3:6-7).

“With 1-1.5% of the population Christian, you definitely need to be cooperative or you’re not going to get any work done,” Chelsea said.

Cru, which has been in Mongolia since 1991, was a stable force of partnership. Lee observed Cru’s emphasis on local leadership – Mongolians run and lead the ministry – and emphasis on making true disciples of Christ who share the gospel with others.

“(Cru) talks about the fact that Christianity is not religion but a relationship with God,” Chelsea said. “When we explain it that way, and begin explaining the relationship we have with God as a Father, that’s a really good opening for Mongolian people.”

In nomadic families, children often are seen and not heard, so the concept of a loving Father is a perfect bridge for the gospel.

Lee and Chelsea are working with Cru staff member Gantumur Badrakh who invited the couple to speak about leadership at a military base. Gantumur helped connect Chelsea and Lee to local churches that could follow up with the families that would hear their gospel presentation.

In looking to the future, Lee and Chelsea hope to continue partnering with Cru in bringing short-term student teams as well as American students willing to work in the countryside and others with a heart to reach nomads.

“When we look at our own work, we’re looking with our vision,” Chelsea said. “Multiplication happens within the church. We must keep God’s vision for Mongolia.”