A United Kingdom couple discovers biblical principles for their marriage. 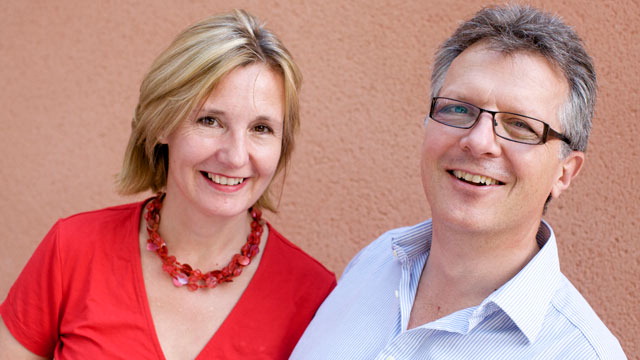 When Christine Daniel invited her neighbors to a marriage seminar, she was surprised by the reply:

“Have the neighbors been talking?” asked the wife. “I expect they hear us shouting!”

Christine explained to her neighbors, Rich and Bim, that the seminar helps couples invest in their relationship. Rich was an atheist, but Christine gave them a brochure with information about the one-day seminar and how to register. She told them the seminar is based on biblical principles of marriage and teaches effective relationship tools.

Christine and her husband, Mark (above), lead the FamilyLife ministry in the United Kingdom. A subsidiary of Cru, FamilyLife in the UK adapted materials from Australia’s FamilyLife Marriage conference, “A Day to Treasure,” and renamed it “A Day Together.”

“We basically had to redevelop ‘A Day to Treasure’ to make it more accessible to non-church goers,” says Mark.

At the seminar, they participated in five sessions focused around the topics of communicating, growing, resolving conflict, loving and moving on together. Rich and Bim raved about the seminar to Christine and sent her a text that evening, saying, “Thanks for excellent day. We got so much from it.”

More than two months later, Christine received an update from Bim in another text:

“Thought I’d let you know we’re still keeping to our promises made on our day together. Things are calmer and our daughter noticed as well! Thanks and hope you’re all OK,” she wrote.

This was a remarkable response from a couple living in secular Europe. Yet, for the UK to be reached, it won’t happen just by Christians inviting non-Christians to church.

“In our culture in the UK, to experience faith, people are invited to go into a church,” says Mark. “I would love people to be saying if you want to know about Christianity, talk to a Christian. We are asking the church to go out—and at the same time strengthen relationships.”