A family stuck in a cult finds help from their family doctor. 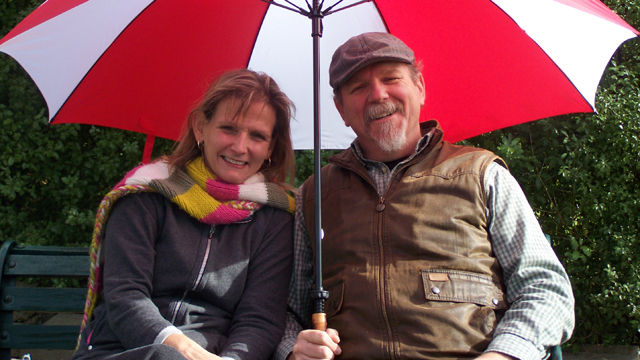 Dr. Thyer and his wife, Janet.

Belinda Loughton walked into Dr. Warren Thyer’s office for a regular check-up, but she ended up seeking help for her stormy marriage.

Dr. Thyer had delivered she and her husband’s 3 baby boys and walked with Belinda through treatment for depression. But now she was asking about something new.

“Scott and I were both living for ourselves even though we had 3 boys ranging from 8 to 15 years,” she said. “We had reached a crisis point and were fighting all the time. Separation was not far off.”

The couple owned an engineering business, and unlike their home life, they worked hard and well together at the office. “But at home, we were tired and saw the other as competition,” Belinda said. “We both wanted to be right all the time. We were selfish and treated each other like enemies.”

Meanwhile, Dr. Warren Thyer and his wife Janet had been volunteers with FamilyLife Australia for several years and were the organizers for “A Day Together,” a marriage seminar in their church.

Warren invited Belinda and Scott to the seminar and they decided to give it a try.

Belinda said, “We didn’t want to give up on marriage, and we didn’t want to be a divorce statistic. Business was our priority up till then. After the seminar, we wanted our relationship to be the priority.”

She distinctly remembers the moment in the seminar when each couple was asked by the speakers to turn to their spouse, look them in the eyes and say, “You are not my enemy.” Belinda laughed and said, “That was us. Funny what sticks in your head after all this time.”

The Loughtons belonged to a cult group for 17 years, which they thought was a Christian church. They saw themselves as Christians. After the marriage seminar, they joined in a couples group led by the Thyers. They began to form strong friendship bonds with other couples in the group.

When Warren shared the gospel with them, they prayed and invited Christ into their lives. Belinda felt great relief and overwhelming joy. “I’ll never be alone again in life because Jesus is with me always,” she said. “It’s so bizarre that a simple prayer can have such a great impact in my life. I just can’t get over it.”

Meanwhile their boys were attending the church youth group. They had witnessed the dramatic change in their parents’ life. Over the course of a few weeks, Belinda and Scott had the pleasure of praying with each of the boys to receive Christ. At the end of 2011, the whole family decided to be baptized as an act of obedience to Scripture. Warren had the honor of baptizing the Loughton family.

Belinda and Scott are now volunteers with FamilyLife in Perth, helping the Thyers with resources at A Day Together marriage seminars.

Does your marriage need refreshment? Invest in a Weekend to Remember.

Want to have an influence on other couples like Dr. Thyer? Consider eMentoring® with FamilyLife.

Rescued from the Occult