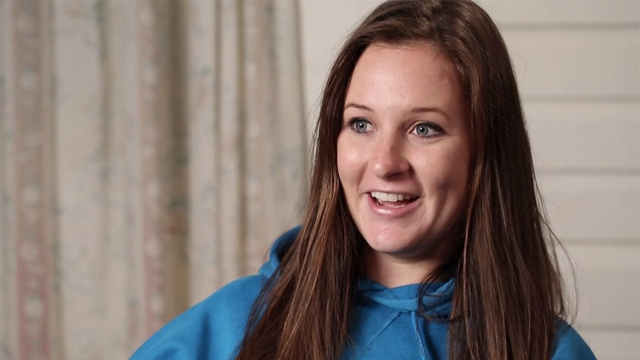 There was just one problem. She was already a full-time student attending Curtin University in Western Australia.

“At that point, I had just finished my first semester at university, and had just come back from a mission trip in South Africa,” Caitlin says. “I suddenly had this new vision and passion for sharing Jesus with people. I thought, I need to quit and become a full time missionary.”

The next weekend, a catalytic team from Student Life, Cru’s name in Australia, spoke at her church.

This team is from Eastern Australia. It is dedicated to launching movements at new college campuses by coaching and resourcing student leaders in areas where there are no full time Student Life staff.

“They basically came and said, ‘You can be a full-time missionary while you’re studying at uni,’” Caitlin remembers. “And I really felt God calling me into it.”

So, she became a student leader, helping to launch a movement on her own campus. In the beginning she went out by herself, doing questionnaires with students and trying to engage them in spiritual conversations. Soon after she started, she met an international student who later accepted Christ because of their conversation about the gospel.

Now, 3 years later, there are 8 student leaders on campus, intentionally growing in their faith and telling the story of Jesus to those around them. They are supported and coached over Skype from the Eastern Australian catalytic team who originally spoke at Caitlin’s church.

“A lot of those who have got involved so far were the shyest people I’d ever met,” Caitlin says, smiling. “I’d never heard them speak before. I didn’t know a lot of them came to my church originally. To see how they’ve grown – not only in their confidence, but their faith in God, and being able to share the gospel openly with people, the hardest thing to talk about – that’s been amazing.”

Caitlin will soon graduate from Curtin University but plans to remain involved in Student Life’s growth as it continues launching on new college campuses.

“I want to be there to encourage those who are there,” she says. “I think we’re going to grow from strength to strength. We’ve got 6 campuses in Western Australia and 4 that are ready who have key people involved. So, stay tuned…”

How to begin coaching others from a distance.

A strategy for effective distance coaching.

When a surfer went missing; a chaplain’s response