Their world was turned upside-down by the pandemic — and they’re searching for hope!

With your support, Cru will reach students, before it’s too late.

Can more people be reached with a fresh presentation of the Bible? 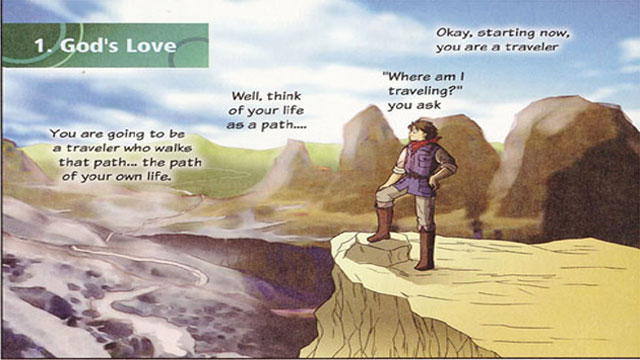 Weng Kong Loh of Cru in Japan recently orchestrated the design of a Manga comic book, called The Search, which would describe the Four Spiritual Laws first created by Cru’s co-founder, Bill Bright. “There are so many manga in Japan but few good evangelistic or Christian manga,” says Weng Kong. Though he met with resistance, Weng Kong dedicated himself to speaking the gospel in a language that resonates with young people.

Derrick Whitmore, Executive Director of Shattered Studios, is another pioneer in packaging the gospel for today’s youth. When asked why this was important, he was excited to respond. “We serve a Christ who loved us enough to leave Heaven, to meet us where we are. Do we love this generation enough to leave our pews and communicate through their culture, passions and shared experience?”

It was with this philosophy that Bill Bright developed his first gospel booklet in 1952. “There is no magic in the Four Spiritual Laws booklet,” he said. “God blesses its use because it contains the distilled essence of the gospel, presented in a logical, easy-to-understand manner.”

Since that time, the booklet has seen numerous graphical changes to meet different cultures and target audiences. The core message of the gospel has never changed, but the style of presentation remains fluid just as the apostle Paul modeled in 1 Corinthians 9:22. Japanese Manga, however, goes far beyond the booklet’s simple beginnings.

“They told me the 4 Laws cannot be translated into Manga because it is not a story,” says Weng Kong about a conversation with friends in the industry. “Eventually, I met with Kelly Shinozawa, from NEXTmanga. She had her doubts too, but agreed to pray and trust God. “In less than 6 months, after much discussions and phone calls, the manga, The Search, was created.”

In less than 2 months, the staff team in Japan went through 20,000 copies. Weng Kong couldn’t wait to share some of the stories. “A mother gave it to her daughter who, cried and said, ‘this is me and I want to know this Jesus.’ Someone else emailed us saying, ‘after reading this, I want to go to Church and find out more about this Jesus.’ One man in his 30s wrote, ‘I want to buy a lot of this and give to all my colleagues at work!’”

One businesswoman, Sachiko Nzegwu, told her story of using The Search in England. “I was born in Japan but moved to the U.K. 40 years ago. Circumstances here cut me off from Japan and my family (long story), so I nearly forgot to speak Japanese.”

Sachiko looked for opportunities to witness to Japanese living in the U.K. and began to connect with some ladies from a Japanese restaurant she represented as a bookkeeper. But, there was a problem. “I felt my Japanese was not adequate to explain about the Bible.” She found The Search on a Japanese website and, impressed, she gave it to her new friends.

“They came back to me to say, they can understand Christianity better by reading The Search. One of them had the same experience as the little boy in the story. The wife of owner prayed in front of me and she is so excited about her new life with Jesus.” Sachiko continues to give The Search away whenever possible. “I want to thank God who knew the desire of my heart, and sent me The Search to use for witnessing.”

Since then, Weng Kong explains, a friend has created the digital iPhone and Android apps made available for free. “Now, many, many more people around the world can get access to this manga and download it to use it immediately.”

Now more than 500,000 copies have been distributed, 200,000 copies to Tohoku after the Tsunami. The Search has been translated into Traditional Chinese and English and is being used throughout Taiwan and other parts of the world. Requests are coming from the US, France, England and other countries as well. “It humbles me,” reflects Weng Kong, “that God would use someone like me, who had no experience with manga, to create this and connect so many lives to Jesus Christ.”