3 Myths that Stop Christians from Talking About Their Faith 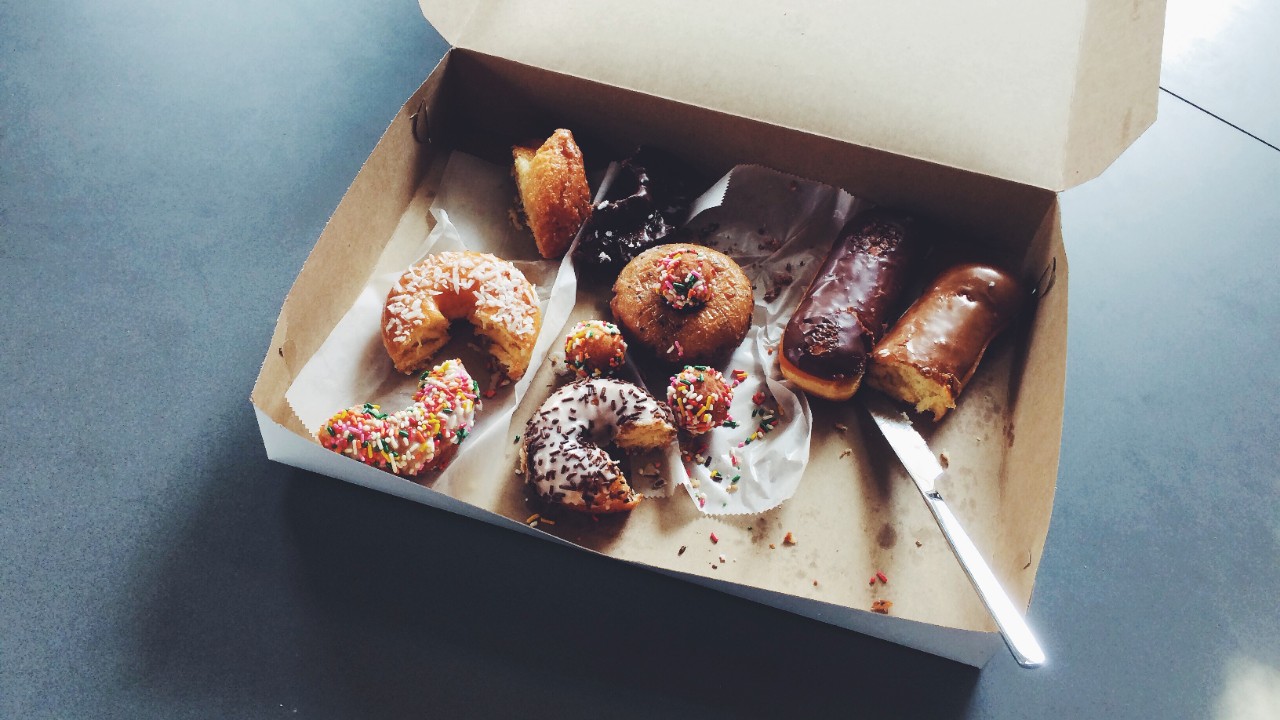 As she sat in class, a sophomore at the University of Minnesota, she thought about the breakfast she missed.

Her mind wandered to the flyers she’s seen around campus, promising a free doughnut to anyone who texts in a question about Christianity.

But she had a problem: Her question was a personal one. But she really wanted that doughnut.

Students involved with Cru at UNM aren’t afraid to use a spoonful of sugar in sharing the gospel with their peers. They drove 3.5 hours to purchase Krispy Kreme Doughnuts.

The Cru students had a simple plan for what they called “Dial-a-Donut:”

Step 1. Cover the campus with posters and pamphlets, asking students to text in questions about Christianity to a designated number. 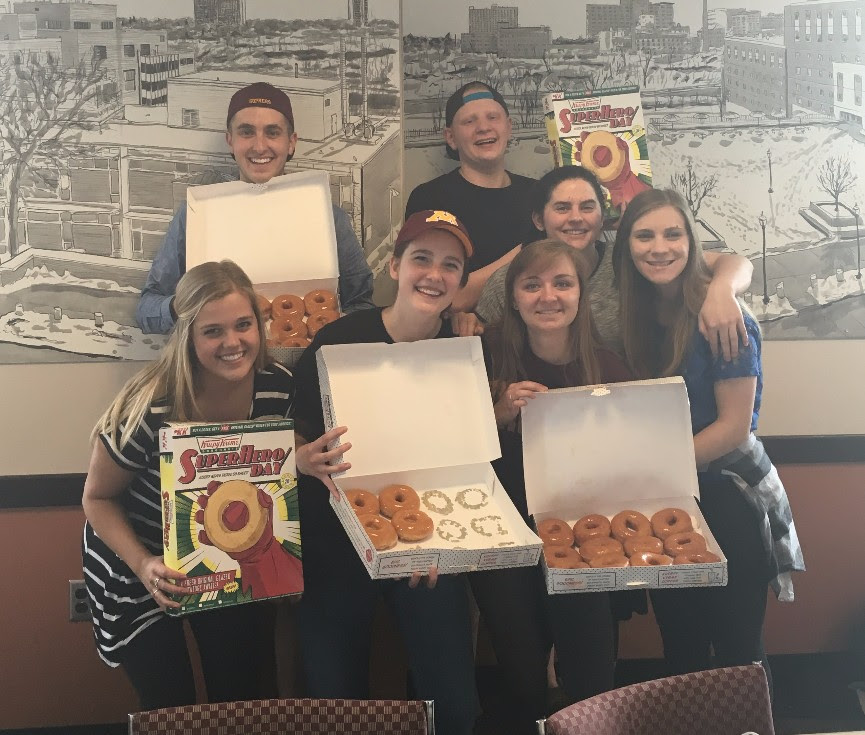 Step 2. Project the questions onto the wall of a room where the Cru students were waiting to answer them one at a time.

Step 3. Text the students back, and go in pairs to answer their question and deliver them a doughnut.

Cru students answered 128 questions about Christianity and handed out 300 doughnuts. And as they did so, they dispelled some myths that are common hindrances in evangelism.

Eventually, Karre got up the guts to text in her question thinking, Why not? At least I’ll get a free donut.

Karre texted, “My question about Christianity is that I am super new to this whole religion thing. How do I be a good Christian and follow the rules when I have had sex before and I cuss and stuff like that? Is it possible that He can still accept me?”

What if she didn’t like what they had to say, or the way that they said it? Her nerves grew after the Christians texted back to say they were on their way.

As Karre waited, she was already feeling judged.

Myth 2 – Most Americans have heard and understand the gospel.

Karre was at a low point in her life. She’d been involved with a local church, but when she brought up her sin, people in the church unpacked for her all the biblical reasons God prohibits sex outside of marriage.

The impression she’d received, intentional or not, was that she would have to stop her behavior before she could come to Christ. The truth that Jesus had paid for all of her sin on the cross, past and present, had yet to sink in.

She desperately wanted to be a Christ follower, but didn’t know if she could really experience forgiveness and surrender her life to Christ.

A student and an intern from Cru arrived and they began chatting about her question. Oh great, just another person who’s going to talk to me about the Bible, thought Karre, Cool, can I have my doughnut?

Myth 3 – People know where to find a Christian community.

Then the Cru intern shared her own struggle with pre-marital sex. This took Karre by surprise.  Woa, she thought, you actually care about me. There’s more to this than I was expecting. 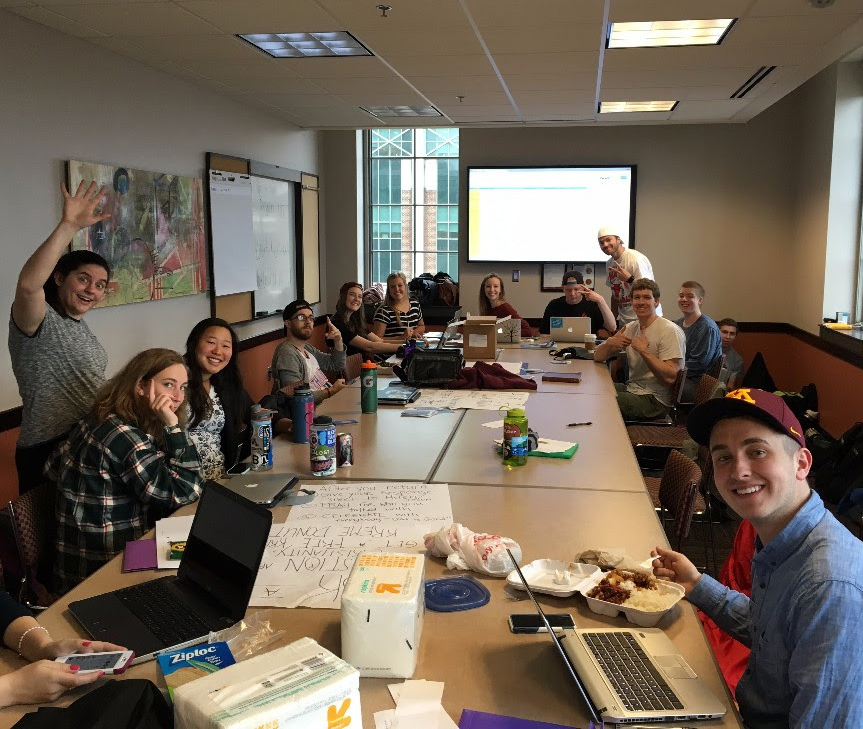 As they connected their real-life stories with what they believed about God, Karre learned the gospel wasn’t just an ancient story, but a life-changing reality she could experience.

“At that point in my life I was struggling, not knowing who was out there for me,” says Karre. “It was a really good feeling knowing that I wasn’t alone.”

As her new friends left, a huge wave of emotion washed over Karre.

A week later, the Cru student followed up with Karre and discovered she had given her life to Christ.

What made the difference for Karre?

She says, “Just the fact I could ask a question like that and they answered it truthfully and honestly without any judgement, really struck me.”

If it wasn’t for students who pushed through these myths and found a fun, non-threatening way to reach out to their campus, Karre wouldn’t be part of God’s family today.

Find out more simple ways people are sharing their faith:

Comment below on other myths that may stop us from sharing our faith.

An Isolated People: What the Deaf Need You to Hear

The Power of Film to Plant Churches Among Gypsies

A Gypsy couple in Romania has used the film “Magdalena” to plant 11 churches in their community.

What Is a Christian Testimony?

Learn what a personal testimony is and how to prepare one to share with others.