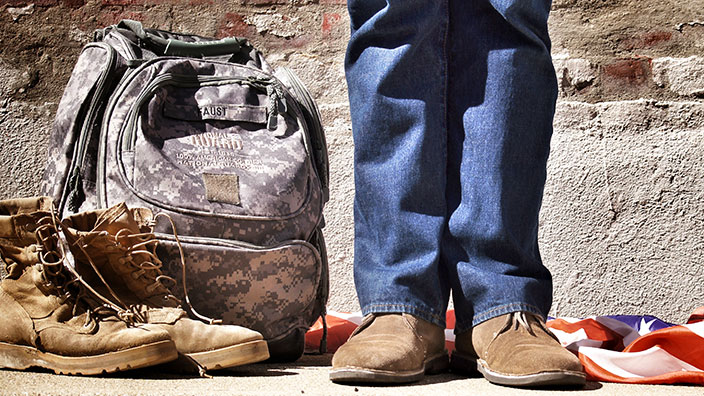 One wife talked about being strangled in the middle of the night by her husband.

A year ago Cru Military, a Cru ministry, asked a group of Army soldiers and their spouses, "What are the greatest challenges you face?" The men and women had been randomly selected, but every single one of them spoke about Post Traumatic Stress Disorder (PTSD).

PTSD is an anxiety disorder that can occur in response to a traumatic event. It is the most severe form of combat trauma. 48,000 Afghanistan and Iraq veterans have sought treatment for PTSD, according to USA TODAY.

Nearly 1 in 5 combat veterans from Iraq and Afghanistan will suffer from PTSD. These veterans' suicide rate is almost twice the national average and 2 out of 3 of their marriages are failing, according to Cru Military.

Less than 40% of veterans with PTSD will seek help. Many who suffer from combat trauma are reluctant to seek for help from military channels because of how it could affect their records. Questions of mental illness could disqualify them from leadership and/or desirable assignments.

Responding to the Greatest Need in the US military

After hearing heart-wrenching calls for help from the men and women they interviewed, the staff members in Cru Military knew they had to do something.

"In our heart of hearts we knew that if we walked away from what we now know, it would be the height of hypocrisy," said Major General Bob Dees (Ret), executive director of Cru Military. "We now knew the greatest need in the US military."

"Our military members fight two wars - one on the battlefield…and one in their souls after they return home. For thousands of veterans and their families, despair has become an unwelcome, but constant companion."

You Can be A Part of Soldiers' Healing

God cares deeply for these wounded soldiers. You can be a bridge connecting veterans to God, the ultimate Healer. Many times healing begins when a veteran discovers they are not forgotten by America's citizens or by God.

Veterans of all ages suffer from combat trauma. In every community, there are men and women who will never forget the nightmare of war.

Visit Cru Military's website for PTSD to learn how you and your church can get involved.

The Bridges to Healing Ministry does not require experience or a degree in counseling. It is designed to be used by everyday men and women who are willing to show they care.

PTSD should be treated by a medical professional, but friends are able to minister to soldiers in ways even psychologists can't. Some of the suggestions are as simple as giving a meal or listening to a veteran's story.

There are also guidelines for how to start a small group in your church for veterans and tips on how to care for military families in crisis.

Resources You Can Use

Cru Military has what you need to start a ministry to the military in your church or community. Visit their website or call (757) 928-7200 to request materials, including:

Seminars to train churches how to care for American veterans are offered by Cru Military. They last from 3 hours to a full day.

For more information about how you can get involved or to request a seminar at your church, please call Cru Military at (757) 928-7200.

Although being with his soldiers at life's most perilous moments is part of his job, Chaplain Zell is also a counselor to the men day to day, helping them with their relational and spiritual needs.