Thoughts from the Director 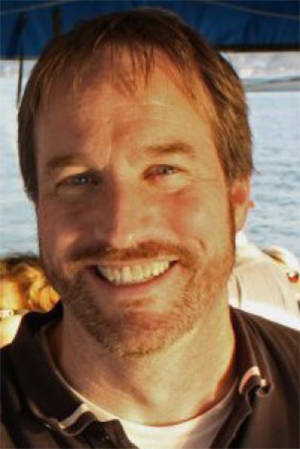 "While preparing for an upcoming planning retreat at a coffee shop in Sturgeon Bay, Wisconsin, the Chicago Tribune caught my eye. "Milwaukee Fights Wave of Violence" blared the front page. My heart sank as I recalled the other recent national news stories about Milwaukee. The LA Times wrote an article that called Milwaukee the most segregated city in the nation. A Time Magazine article read, "It's as if Milwaukee had reverted to a state of lethal chaos ... A Special Olympian is killed for his wallet ... an 11-year-old girl is gang raped by as many as 19 men ... a woman is strangled; her body found burned ... twenty-eight people are shot, four fatally over a holiday weekend." According to recent reports Milwaukee ranks as the seventh poorest city in the nation and has over 41% of our children living below the poverty level. Milwaukee also leads the nation is teen pregnancy. The list seems to go on and on.

I sat there, heartbroken, reading about a city I'm learning to love and realizing that when most people think of this city they think of crime, violence, and racism. Most people probably don't know the contributions that Milwaukee has made to our country and even the world. Most people probably don't give a declining rust-belt city like Milwaukee much hope for renewal. Is there hope for Milwaukee? At Cru-Milwaukee we think that there is, but only in the person of Jesus Christ who is the hope not only of Milwaukee, but of the world.

Our vision is to see God's kingdom break forth in Milwaukee as the city is transformed by the power of God working through His people among the poor, so that when people think of Milwaukee, they are reminded of the greatness, love, and power of God. In other words, when people think of Milwaukee, they think of a great city because we have a Great God! We hope you will join us in this venture to help mobilize Christ's church in Milwaukee to glorify His name through service to the poor."

Latest Stories in About Us - Inner City Milwaukee

About the City - Inner City Milwaukee