How Men Should Respond to the NFL Crisis 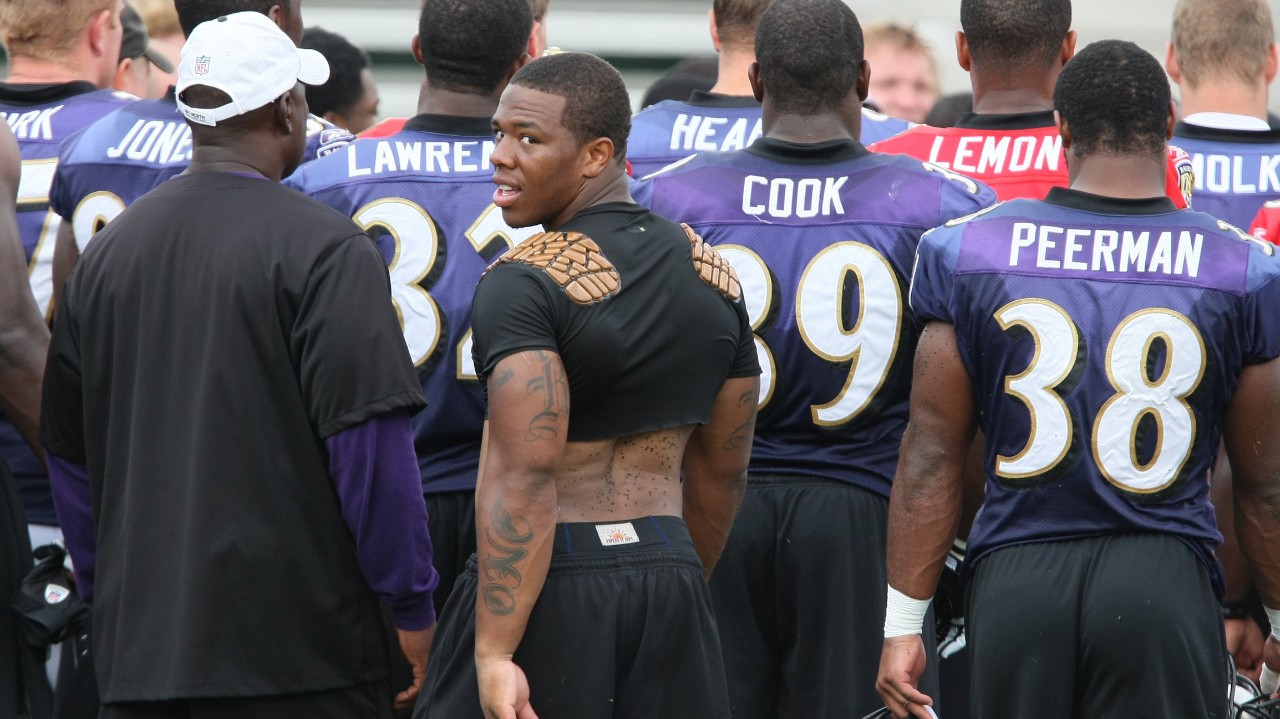 “Those who cannot remember the past are condemned to repeat it.” Philosopher George Santayana’s admonishment to humanity is frequently quoted, but not frequently followed. How often do we seek real truth, step up and make changes?

This is an appropriate question in the recent cultural conversation about domestic violence. In a normal year for the National Football League, September means a welcome renewal of gridiron action – dramatic games, fanatical fans, and nonstop media coverage. But during the past two weeks another story with disturbing viral video has blitzed the NFL – domestic violence charges against several star athletes and complaints that the league is too soft on this issue.

Although crime and domestic violence occur at lower rates in the NFL than in society at large, each new revelation about yet another player keeps the issue alive in the media. These are highly paid entertainers, inescapable role models. Millions of people have seen the video of Baltimore Ravens running back Ray Rice knocking out his then-girlfriend (who is now his wife) on an elevator. And now the NFL is under fire by accusations that it’s not taking domestic abuse seriously.

When the linebackers and safeties blitz the quarterback during a game, that’s a dangerous moment. But it’s also an opportunity because those defenders are no longer available to cover the receivers – giving the offense an opportunity for a big gain. Similarly, the NFL can respond to this blitz of court proceedings and media attention by deeply addressing a problem that hits all of society.

As a former NFL player, I understand the macho, gladiator culture of professional football. This is more than that. Real change requires a step back, a more comprehensive look. Clearly, the league needs to hold its players accountable for their actions, but this issue goes far beyond the NFL.

This is a cultural issue – a human relationships, marriage and family issue – and at its root is a crisis in manhood.

No growth is possible without facing unpleasant truths. And the simple truth is that, in our culture, we’ve been doing a miserable job of modeling and teaching authentic manhood to boys and young men. False definitions of manhood lead to poor relationship building, an inability to empathize with others, and in some cases to violence, as men use their natural strength for the wrong purposes.

Joe Ehrmann, a former NFL player and later a pastor and volunteer coach, speaks around the country on this topic. Interviewed by National Public Radio, he said:

I think in many ways my father gave me all the wrong concepts about being a man. I think his definition, which was very old school in this country, was, “Men don't need. Men don't want. Men don't touch. Men don't feel. If you're going to be a man in this world, you better learn how to dominate and control people and circumstances.”

That attitude may be considered “old school,” but that’s what many boys still learn – even more so when they grow up without fathers and learn about manhood from their peers and violent media. This leads many men to become emotionally deficient and to adopt a twisted attitude toward the opposite sex. As Joe wrote in a letter following the funeral of a Duke University soccer player who was beaten to death by her boyfriend:

Women often become objects, used to either validate masculine insecurity or satisfy physical needs. When the validation and satisfaction ends, or is infused with anger, control, or alcohol, gender violence is often the result. Violence against women is often thought of as a women’s issue; but it is a mistake to call men’s violence a women’s issue. Since men are overwhelmingly the perpetrators of this violence, this men’s issue calls to question the cultural values that produce men who hurt women.

Jeffrey Marx told Ehrmann’s story in a powerful book called Season of Life. In that book, Ehrmann points out that men today are taught to prove their manhood in three areas: physical prowess, financial prowess, and sexual prowess. This is a fool’s scoreboard – tracking sports, money, and sex as measures of masculinity. Joe teaches his football players and the kids he works with that being a man, first and foremost, means the ability to enter into and maintain meaningful relationships. Second, a man lives for a cause greater than himself and his needs.

Authentic manhood means accepting responsibility, leading courageously, and enacting justice on behalf of others. We are called to use our strength not to dominate others but to serve and protect others, especially women, children, and the weak.

This type of authentic manhood is modeled by Jesus. It’s anchored in Scriptures such as Philippians 2:1-11, Galatians 5:13-24, and Ephesians 5:25-33. Consider these words from Philippians 2, so radically different from what men are normally taught today:

Do nothing from selfish ambition or conceit, but in humility count others more significant than yourselves. Let each of you look not only to his own interests, but also to the interests of others. Have this mind among yourselves, which is yours in Christ Jesus, who, though he was in the form of God, did not count equality with God a thing to be grasped, but emptied himself by taking the form of a servant, being born in the likeness of men. And being found in human form, he humbled himself by becoming obedient to the point of death, even death on a cross.

There are many NFL players who actually do live as responsible, others-centered men. Imagine if the NFL trained its players to be men of growing character and spurred NCAA programs to do the same. Can you imagine the revolution that would sweep through the NFL and all of society if we took these words to heart – if this is what we taught young boys?

Legacy-minded men like Joe Ehrmann, Robert Lewis, and Dennis Rainey have been equipping leaders to build men. It’s time for each of us to accelerate that intentional shaping of boys and males into being men built for others. So what can Christian men do? Here are a few suggestions:

Use the recent media and cultural blitz about domestic violence as an opportunity – to examine how you relate to your wife and family and how you consistently teach values to your children, the next generation. Addressing the cultural crisis on manhood starts at home – with our relationships.