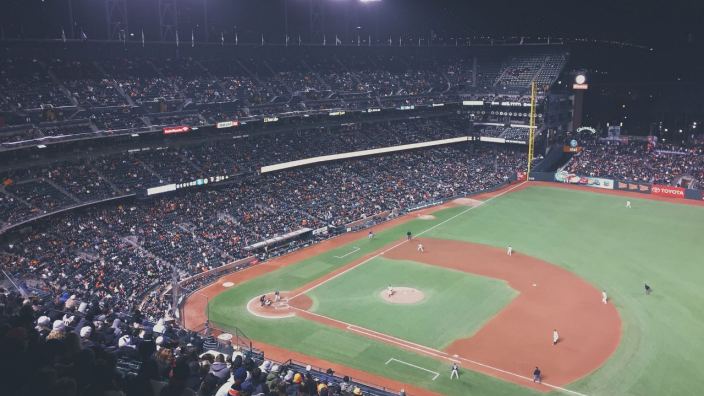 Of all the takeaways we might keep from the recent series between the Baltimore Orioles and the Boston Red Sox, one covers them all: Bitter rivalries tend to bring out the worst in people.

High drama played out on the diamond and in the stands throughout the series between the two baseball teams with headlines that highlighted brouhahas more than baseball scores. It got pretty ridiculous.

So much so that the MLB told both clubs “enough is enough.”

The culmination of shouting matches, cheap shots, questionable calls from the umpires and player ejections in the last few games was a sure sign that bad blood was coming to a boil.

Things escalated quickly as the series began with Red Sox fans hurling racial epithets at Orioles center fielder Adam Jones, with one fan acting on their anger and throwing a bag of peanuts at him.

Being heckled and targeted with racial slurs wasn’t new for the all-star standout, but Jones said how he was treated during that particular game was nothing like he’d ever experienced before.

“It’s different,’’ Jones told USA TODAY. “Very unfortunate. I heard there was 59 or 60 ejections tonight in the ballpark. It is what it is, right. I just go out and play baseball. It’s unfortunate that people need to resort to those type of epithets to degrade another human being. I’m trying to make a living for myself and for my family. It’s unfortunate. The best thing about myself is that I continue to move on, and still play the game hard. Let people be who they are. Let them show their true colors.’’

In front of thousands of fans, Jones was exposed to the darkness inside the hearts of people. The Red Sox organization along with city and state officials promptly apologized to Jones. In an effort to restore a spirit of sportsmanship, the fans at Fenway received him with a standing ovation the following night.

As Barnabas Piper said in a piece on the dark emotions that show up in sports,

“It is one thing, likely a foolish one, to say we ‘hate’ such-and-such a player. It is another thing entirely to feel real loathing and want to act on it. Those feelings are indicators that our competitive and spiritual compasses both are out of whack. We have lost sight of who we are as God made us to be and what sports are as God made them to be. And we have lost sight of what God made the object of our hate to be as well.”

Athletes of color unfortunately have had to face racism throughout their careers from fan bases across the country and around the world. From Jackie Robinson and the Williams’ sisters to Jeremy Lin, Native American athletes and Hispanic high school basketball players, being dehumanized stings at every level of play.

Like Jones, most try not to get distracted by the ignorance aimed at them, but sometimes a response is required.

What should that response look like for Christian athletes of color?

Thankfully, I don’t have a personal story to tell of racial slurs being aimed at me throughout my career as a track athlete at Alabama—not directly in my face at least. I imagine it’s extremely challenging to initially think biblically about the implications of the gospel when you get called the N-word with an emphatic “-er” sound on the end.

Or when sport commentators make a mockery of Asian culture.

Or when “Go back home, border hopper” is heard from the bleachers.

Or when fans find it completely OK to show up to sporting events in redface.

Or when death threats fill the email inbox.

So how should Christian athletes of color respond to being in environments where they get called everything except a child of God? What does it look like to engage in the gospel when you’re on the receiving end of evil? How do athletes of color operate and thrive in hostile spaces? How can Christian athletes of color see God in those who don't see the Imago Dei in them? Is the onus always on the athlete to ignore racist rhetoric aimed at them and rise above by turning the other cheek? Is there room for righteous anger?

I’ve been wrestling with answers to these questions but they all led me to look to Jesus.

As followers of Christ, Jesus calls us to love the unlovable. He asks us to combat evil by doing the unthinkable and love our enemies. Love as an act of resistance to evil is one reason why the gospel appears so scandalous.

We have the example of Jesus being persecuted to consider. 1 Peter 2:23 says, “When he was reviled, he did not revile in return; when he suffered, he did not threaten, but continued entrusting himself to him who judges justly.”

It is tempting to clapback by repaying evil with evil and say a few choice words to people who severely offend us. Anger is absolutely justifiable, but Ephesians 4:26 reminds us to feel that anger and yet not sin. Luke 6:32 tests us even further and asks what benefit is it to only love those who love us in return. Jesus tells us to pray for those who persecute us. He shows us that the most powerful act of resistance is in position on our knees, calling out to Him who judges righteously.

Be clear. Extending mercy and forgiveness to those who persecute us shouldn’t absolve them from the consequences of their bigotry and racial insensitivity. It is because of love and the recognition of the sin in our own hearts that we should battle fiercely against hate with conviction, doing the physical, emotional and spiritual work alongside our brothers and sisters in Christ of calling out racism when we see it on individual, institutional, or structural levels.

We are assured and rest in the fact that Jesus won ultimate victory over sin and death on the cross. Jesus inspires us—even exhorts us—to love even when we feel our darkest emotions.

As sinners saved by grace, it’s our assignment to bear witness to that truth.