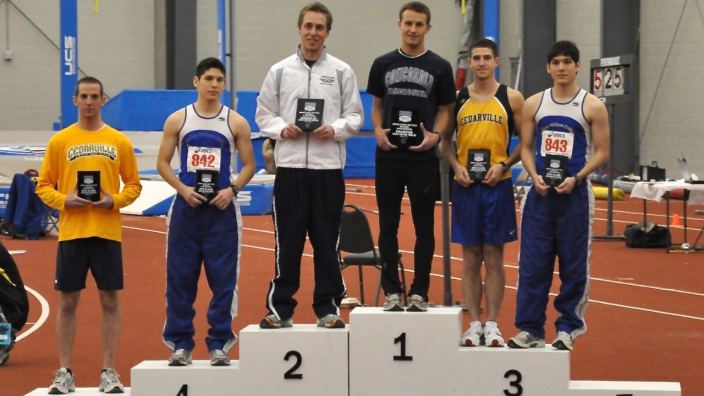 Joel placed sixth in the 3k race walk at the 2011 NAIA Indoor Track and Field Nationals. Photo by Ray Pfahler

As I stood on the podium, I felt like time had stopped. The feeling was surreal. I had just placed sixth in the 3k race walk at the 2011 NAIA Indoor Track and Field Nationals. I had been race walking just over one year and I was an All-American!

I could barely take it in. All I could think about was how much time I spent during Christmas break walking countless laps around the track during the cold winter of northeast Ohio.

Day after day, I faithfully went on long runs around town and shoveled snow off the track to complete my workouts. I didn’t always feel like bundling up and going outside, but I knew I had to deposit hard work in order to reap the benefit of success.

I produced a result I could be proud of and it felt great to know my coaches and teammates were proud of me too. 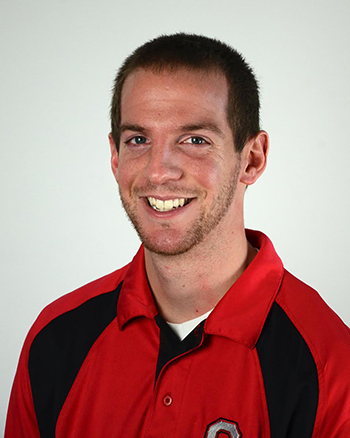 I work hard because I want to be the best I can be. I strongly believe God cares about my effort because I represent Him when I train and compete. But I easily get caught up in trying to succeed for the sake of my own glory. There have been times when I’ve worked my hardest, tried my best and been disappointed because I didn’t get the results I wanted.

God gifted me with the ability to run fast. At the beginning of my college freshman season I learned the race walk event, which is a sanctioned event for NAIA schools. After just two years of race walking, I qualified for and competed at the NAIA Nationals three times (two outdoor, one indoor) and earned All-America status once.

Since then, I’ve toed the line with Olympians and Olympic hopefuls at prestigious meets like the Penn Relays, Millrose Games and the U.S.A. Outdoor Track and Field Championships. Each of these meets have qualifying standards, elite competition levels and large crowds.

I’ve earned several medals, won some prize money and taken pride in the fact that I can walk a mile in six minutes and 40 seconds. I can also go the distance, walking 12.4 miles at eight minutes per mile.

After one race, I vented on Facebook about being disappointed that I had not won a medal when I could have. A spiritual mentor of mine responded,

“It’s not the medals you earn or your accomplishments that matter, but the people you impact and the legacy you leave are what truly matter.”

I became motivated by temporary treasures, but remembered those achievements, records and awards do not last. That day I was reminded to train and compete as an act of worship while positively impacting those around me.

Every athlete and every team trains and competes for one ultimate goal: To win. Even on the youth level, winning is emphasized much more today than simply teaching kids how to play the game.

Vince Lombardi, perhaps the greatest football coach of all time, famously said, “If it doesn’t matter who wins or loses, then why do they keep score?”

Although Vince Lombardi was successful in football it was not so in his family life. According to David Maraniss’s book “When Pride Still Mattered, A Life of Vince Lombardi”, The Green Bay Packers coach was so preoccupied with football he shortened his honeymoon.

Lombardi placed football first in his life ahead of God and family. His perfectionism, authoritarianism and temper led him to be verbally abusive to his family. He was a great coach, but he was so focused on the football field he neglected the more important things in life.

I firmly believe God has given me skills and passion for the purpose of bringing Him glory. There have been times when things haven’t worked out the way I wanted, but He’s showed me He’s in control and wants the best for me.

What matters is how I react so it brings glory to God. Realizing people notice how I act when I compete, I want to “let [my] light shine before men, that they may see [my] good deeds and glorify [my] Father in heaven” (Matthew 5:16).

It’s just like the gospel. Ultimately, it doesn’t matter how good of a person someone is. We’re not saved or condemned by our deeds alone, but it’s with our deeds we honor God and it’s through our deeds we are a testimony to others.

So what does God care about?

God doesn’t care about temporary results such as wins and losses, even though He uses those things to grow our character. He cares about our personal growth and everlasting impact we have on those around us.

Learn about other athletes who compete with an eternal perspective.

The world chases after the things that are fleeting, but Christ-followers should invest eternally (Matthew 6:19-21). God uses the events of our lives to teach, shape and grow us. We can use those experiences to leave a legacy with those who come after us.

What kind of legacy will you leave behind? How can you begin to shape that legacy today?

What Are You Doing With Your Life?