Posting After Paris? Social Media Is a Risky Pulpit 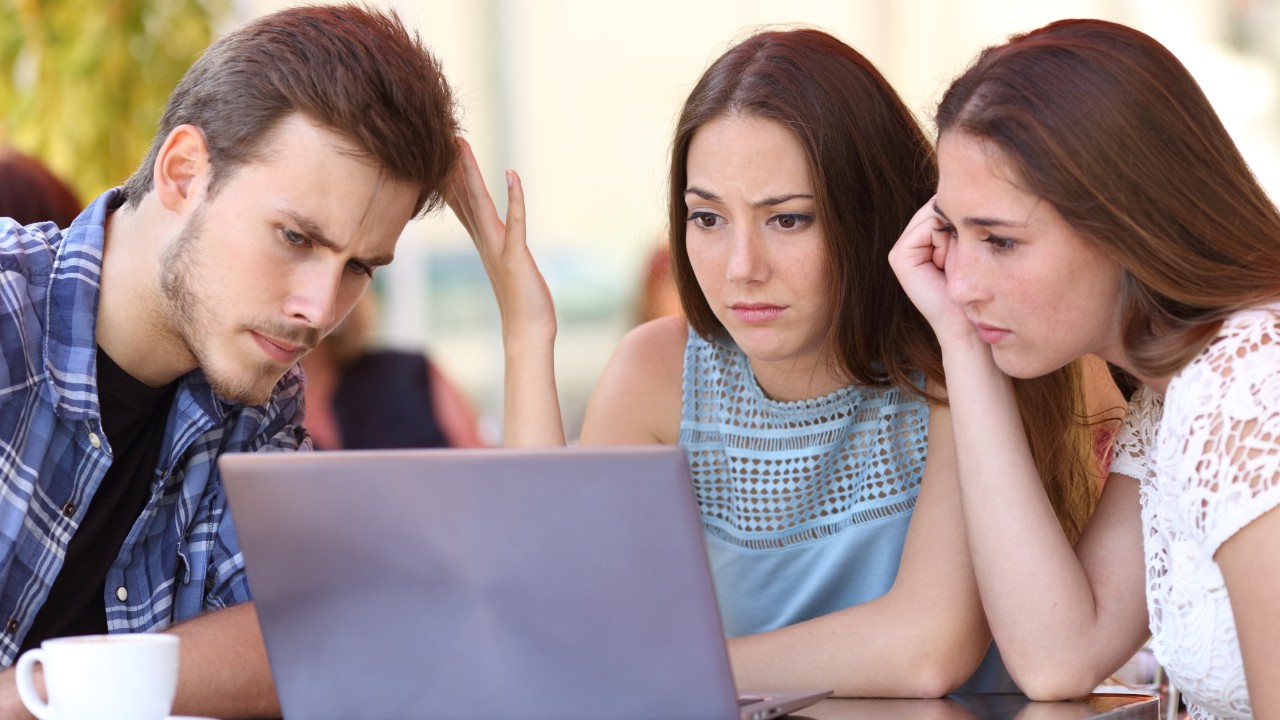 What happened in Paris last week made me sad, and it made me angry. I was scared for friends I have there. I still am. But when I went online and the social media world began reacting to the Paris attacks, what I saw caused what I can only describe as social media road rage.

Social media has become the town square of modern humanity – a space buzzing with activity and chatter. If you enter that space you’re bound to hear things you want to cry “Amen” to, and others you wish you’d never heard.

In the immediate aftermath of the events in Paris, people were online establishing the safety of people they knew, and trying to make sense of a senseless tragedy. But the gloves soon came off and the boxing match of post and counter-post got underway.

This week I’ve witnessed bruising arguments online. I’ve seen exchanges about the refugee crisis and about Starbucks Christmas cups - and they were treated with equal significance.

Maybe there’s been a time since the Paris attacks where you’ve read something on social media that made you to want to hit back. If I’m lucky, my wife notices my furious typing and warns me to pause before posting my righteous comeback.

“Breathe out, Ross – step away from the keyboard. Talk to God first.”

So how do you respond wisely to what others are saying in the digital town square, especially when it touches a nerve?

Before we post anything on social media, we should ask ourselves some questions:

What do you hope to achieve with your post?

“The words of the reckless pierce like swords, but the tongue of the wise brings healing.”

For example, I frequently see articles online about people giving up their Christian faith. One was written by a student I know. As disappointing as these announcements were, equally troubling was the flood of comments from Christians saying, “You were never a Christian in the first place.”

What did they hope to achieve by responding like this? Think about how you’ve been affected by what others have said on social media. There have been times you were challenged, inspired even, and times you felt irate.

In the name of enlightening people we often belittle them.

Whatever your theology, surely there are better ways of relating to someone going through such a significant spiritual moment. Try expressing sadness at the news, or enquiring if they mind you asking a question on how they reached their decision.

Would you be so abrupt and dismissive face-to-face?

If you really want to offer your perspective, have the courage to send a private message and choose your words carefully.

“Do not let any unwholesome talk come out of your mouths, but only what is helpful for building others up according to their needs, that it may benefit those who listen.”

Should I unfollow or unfriend people sharing things that anger me?

Do you want to avoid being exposed to opinions other than your own? Do you want to surround yourself with people who think exactly like you? That path leads you away from connection with the wider culture. It’s like building a high, soundproof wall around your house so you can pretend your neighbors don’t exist.

But if every time you go online something gets under your skin and takes you somewhere that’s emotionally unhealthy, then feel the freedom to step away from the sources of content until you feel you can handle it in a godly way.

Have you personally watched or read what you’re about to share?

The photos, video clips, articles or comments we post online express who we are to the world – intentionally or otherwise.

I’ve realized there are times when I share or like things based on the title or the person who posted it. I’m in a hurry; why bother watching before I share it with everyone I know?

Is the source of what you are sharing credible? The message should be something you’re happy owning as your own words, because that’s how it will be treated.

When your trigger finger gets itchy on social media, remember that you don’t control all the people who will see your posts, and your motives can easily be misunderstood.

How will your social media activity reflect on other Christians?

It was just a harmless post. I was just trying to be funny. What the other guy said was stupider.

Every time I see something online that angers, it’s worse if it came from another Christian. I think of friends who don’t share my faith. Many non-believers mistakenly believe Christians all think the same. That is far from true. They’ll see an individual’s post and wonder if it’s what all Christians think. If Christians can be this harsh and unforgiving to people of different opinions, why would my friends ever want to join them?

When you as a Christian communicate publicly through social media, what you say reflects on me and vice versa. If someone else’s posts can have a visceral effect on me, how are my words landing on others?

To people outside our faith community, including people we overlap with online, we are not just Christians. We are Christianity.

One way to think about all this is to remember that many of us live hours each day online. The people you bump up against in tweets, comments or posts are your digital neighbors. Live on any street in the world and you’ll have neighbors you really like, and some you’re hoping get relocated by an employer. It’s the same online.

Most of us know how to behave with basic common decency when it comes to our next-door neighbors. We want them to see a different quality in us, a way of living that points them towards Jesus.

But we still struggle to relate to our online neighbors in the same way. It feels like they live far enough away that we can treat them differently.

Walls, including those on Facebook, serve multiple purposes. They can be places of creative dialogue, but they also make fantastic barriers.

What kind neighbor do you want to be? What kind of wall are you creating?

How Do I Help Others Understand Depression and Anxiety?