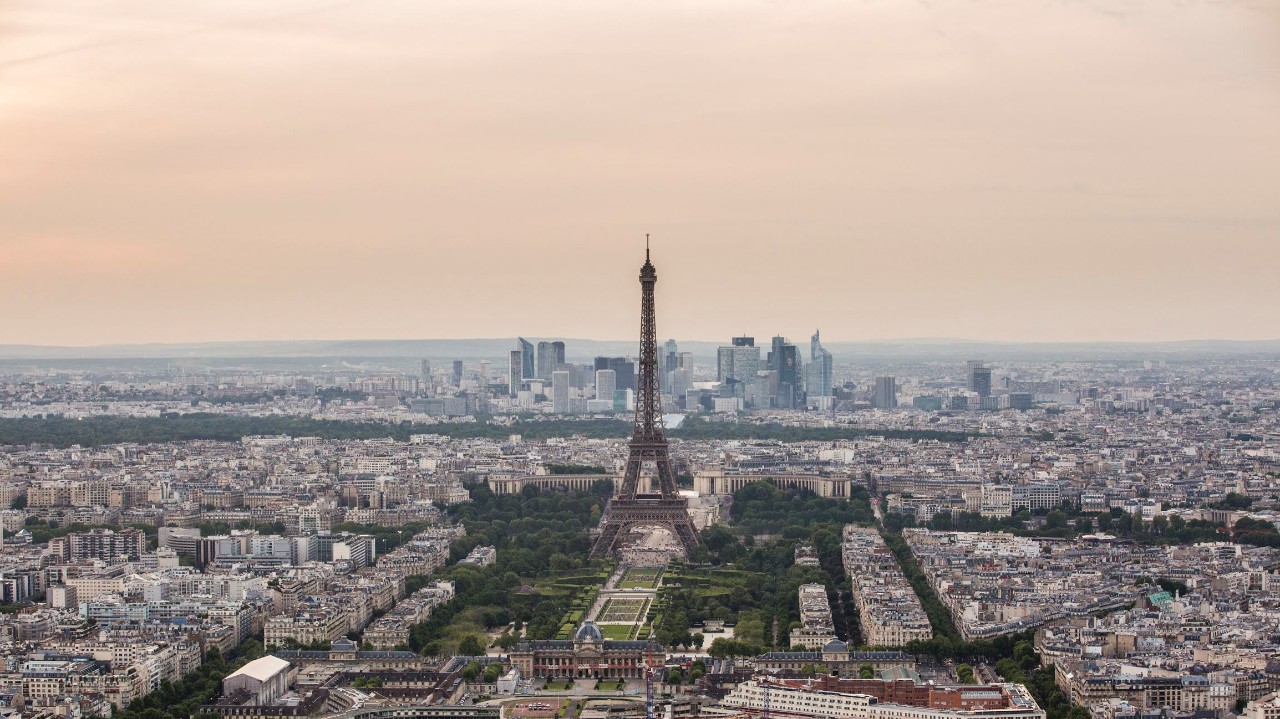 On Friday night, a group of 15 students were gathered in a Paris apartment when phones began buzzing with news of atrocities unfolding throughout the city.

“The messages were coming from friends in America who must have been seeing the news first,” said Lucile Reuter, a volunteer with Agapé (the name for Cru in Europe).

Urgent texts and phone calls began between the students and their friends throughout the city, especially those living in the 11th Arrondisement, where young people just like them were being slaughtered mercilessly by terrorists.

The Agape students were gathered for their bi-weekly meeting called Amazing Night. While the events of Nov. 13 unfolded, the group stayed in the apartment, confirming the safety of loved ones, and waiting until they felt safe to return home.

Cru can confirm that none of the staff or students involved in our ministry were hurt on Friday night.

The 11th Arrondisement is one of the most popular areas for young people to socialize in Paris. The terrorists appear to have specifically targeted that demographic by shooting indiscriminately at a succession of street-side cafes as well as a crowd packed inside the Bataclan Theatre attending a rock concert.

One week before the attacks, Lucile and her friends celebrated the birthday of Cru staff member Karen Hertz in a café just yards from the site of Friday’s shootings.

“We are all horrified,” Lucile said. “Last month I was at the Bataclan Theatre for a Christian concert. I eat regularly at those cafes.”

French President Francois Hollande led a moment of silence Monday, Nov. 16, from the Sorbonne University – a recognition of the young age of so many of the 129 killed and around 350 wounded.

“Paris is trying to return to normal,” Lucile said. “People are going back to work, the shops are opening up again.” 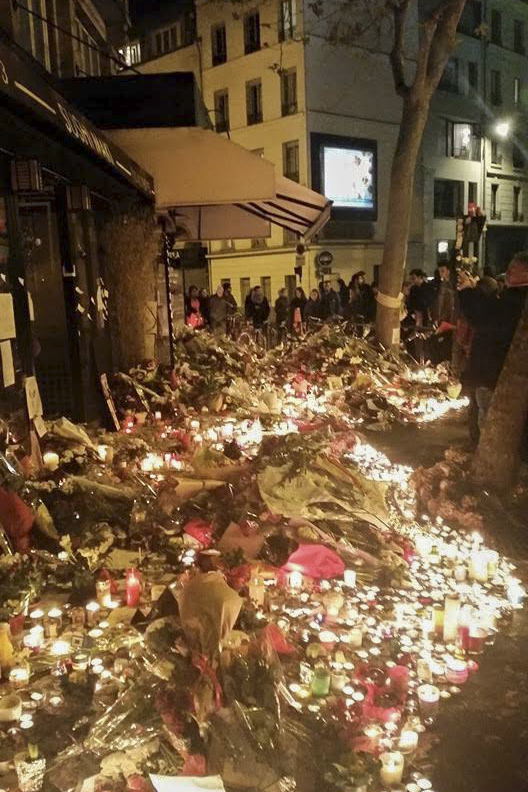 The scene of one of the attacks, close to the
apartment of an Agape staff member.

But the weight of Friday’s events is still heavy.

“I took the the RER (Paris’ train network) this morning and as I waited at a station I thought, ‘This could be the spot of an attack’.”

Christians in France will be faced with a unique opportunity in how they choose to relate to the Muslim community in the days after this atrocity.

After the last terrorist attack in Paris, at Charlie Hebdo magazine on Jan. 7 of this year, they found more people wanting to discuss religion than ever before.

But after last week’s event, “Muslims on campus said that people looked at them differently,” according to Lucile.

“Our country is under the shock of what happened Friday night in Paris,” Francis Didier, national director of Agapé France, said in a statement on Facebook.

“All weekend, Paris was extremely quiet as shops, administrations, and cultural places were closed and all gatherings over three people forbidden ... (a condition of the National State of Emergency declared by the french government in response to the attacks).”

“Islamic extremism needs to be fought by prayer, love and by the power of our Christian testimony,” Francis said quoting a colleague working with the Muslim community.

“If terrorists want to put France on her knees ... they will only succeed in putting Christian believers on their knees, praying for France.”

Francis has suggested ways to pray and respond to this situation:

Cru would like to acknowledge that the people of Paris are not alone in suffering the recent effects of terrorism. Beirut suffered a deadly terrorist attack linked to ISIS 24 hours before the attacks in Paris.

Use the comments space below to share a message of support or a prayer for the people of France, Beirut or anyone currently suffering the effects of terrorism.

Cru recently published this story about Lucile Reuter and the growing movement of students she is part of in Paris.

French students bring food and encouragement to the homeless

Out of Africa and Back to France

Francis and Marie-Carmen Didier’s new adventure is to return home to France as the country’s national director.

Wahiba Mohib found Jesus in Paris, where talking about religion is taboo.

French students bring food and encouragement to the homeless

Joëlle continually cultivates relationships with her peers. Some aren’t ready to talk about such a personal issue as faith, but like Joëlle, they have encountered the homeless folks around them and want to help.