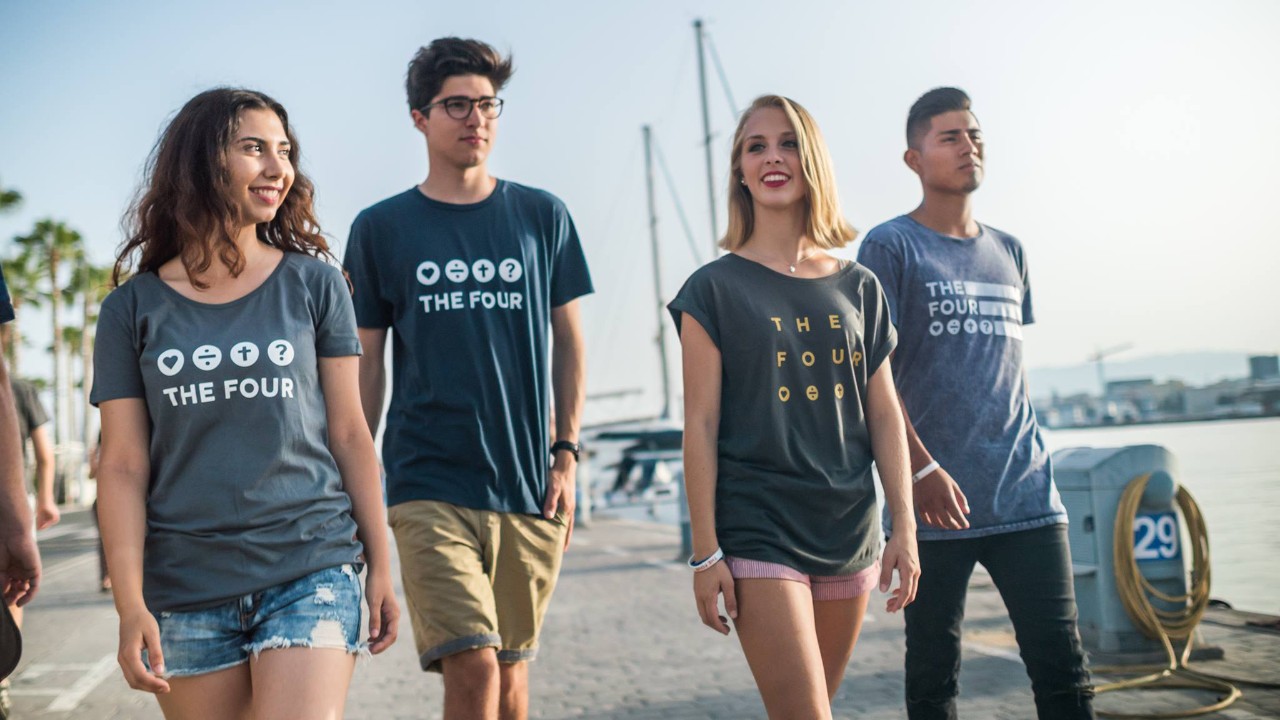 Consequently, Raphael Marti, who serves with Campus fur Christus Schweiz (the name of Cru’s ministry in Switzerland), found a fresh way to connect with those between the ages  of 15 and 30 in his country.

“We’ve experienced that [the booklet is] more for the older generation,” Raphael says. “So we looked for a new and creative way a young Christian could explain the gospel.”

The Four is an evangelism tool created by Cru in Switzerland that uses four symbols – a heart, division symbol, cross and question mark – to represent the four points of the gospel in a clear and easy-to-remember way.

The Four is currently available in 8 languages and being used in 10 different countries – many of which have post-modern cultures like in the U.S. and Europe.

“The content of The Four is the same as The Four Spiritual Laws, but [makes it] easier for this generation to explain the gospel to their friends,” says Raphael. 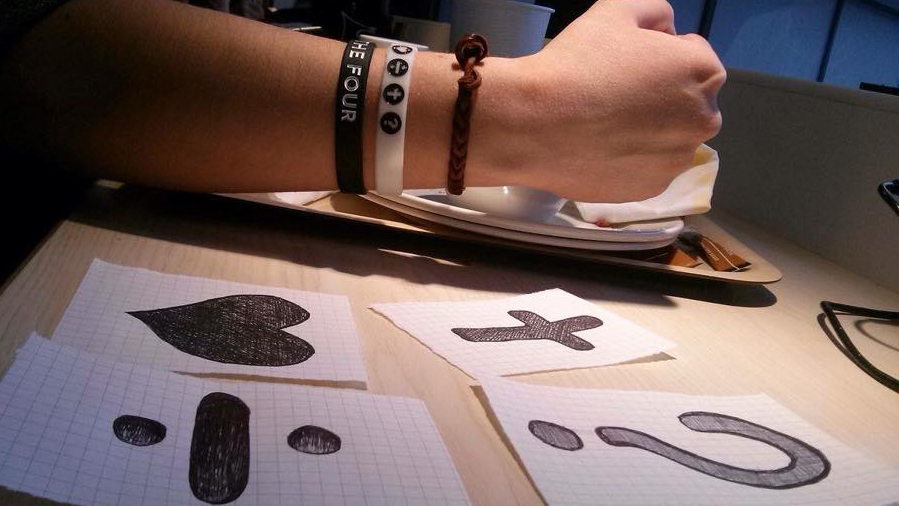 He was recently able to use The Four to explain the gospel when his neighbor invited him, his wife and a few others over for dinner. As they sat in the living room, the conversation naturally turned to what each of them did for their vocations.

Showing his black wristband with the four symbols that he wears on his left wrist, Raphael told them his job title and what he did. When they asked what each of the four symbols meant, he had the opportunity to tell his faith story and explain the gospel.

Raphael started with the first symbol – the heart – and explained that God loves every human being.

“But God provided the solution for that,” Raphael continued. “He sees that we go our own way and don’t look for Him. So the third symbol – a cross – stands for Jesus dying for us, for me. He is the solution for this gap that’s between me and God. He died on the cross, but was resurrected 3 days later. He prepared a place in heaven for me.”

“Jesus gave His life for me, but it is my decision if I would like to follow Him,” he said. “If I decide to accept Him, He forgives my sins and I have a relationship with Him.”


Interested in getting your own “The Four” wristband to help you initiate spiritual conversations?