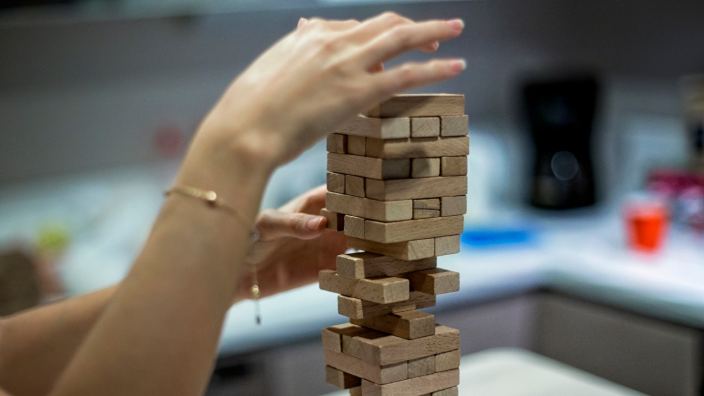 You Could Be a Leader at Risk

“What went wrong? What did I miss?”

I discovered that a leader I had supervised and coached was involved in an affair, numerous sexual exploits and drugs. His moral failure caused me to question our leader development efforts.

Was there a flaw in our selection process? Was there something inherent in our organizational culture that made leaders more likely to fail?

These questions challenged me to look deeper at the issue of leadership failure and eventually write my doctoral thesis on the subject. Most of what I have learned about healthy spiritual leadership has come from experience and research on leaders at risk and moral failure.

It’s important not to assume a leader’s spiritual health, but to look below the surface. What characterizes a healthy leadership foundation? What are the red flags that indicate potential failure?

God’s Design and Our Drift: The Red Flags

God lays out His design in Genesis. He emphasizes His role as Creator and man’s role as a steward. God is the source of life, the truth and the sovereign way.

The foundation for leadership health is contingent on one’s posture toward God. Godly character is living in light of God’s order and design. Character problems, sin and leader failure are rooted in attempts to live apart from His order and design.

Foundational cracks in the life of any leader include attachment to life apart from Christ, an addiction for example, a denial of reality and truth, and an inability to submit shown by power and control issues. As I studied at-risk leaders, I observed common “red flag” behavioral patterns that warned of root character problems. These are clustered around three key areas:

Promoting health starts when both the leader and the organization pay attention to the red flags that indicate cracks below the surface. This requires the courage to identify red flag behaviors and the willingness to truthfully and graciously address them.

When leaders drift from their created design and the gospel, they often get caught in the deadly duo of self-reliance and secrecy.

Often, ministries and organizations unintentionally create cultures that underpin this dangerous tendency. This happens when there is an overemphasis on performance and production, valuing doing over being, having inaccurate assumptions about growth and sanctification that are antithetical to the gospel, and creating unsafe shame-based environments in which talking about sin and failure is not safe.

The roots of self-reliance and secrecy are a system of lies and false beliefs that include:

In my interviews with fallen leaders, most had a “tape” that played in their minds, saying, “It all depends on me.” They carried the weight of a belief that their leadership, and their ability to grow the ministry and to grow spiritually all depended on them.

They had started with Jesus, but along the way they slipped into self-reliance. Self-reliance and secrecy ignore the compulsive nature of sin, which cannot be overcome by more effort, by willpower or by a privatized response. Self-reliance fuels addiction, shame and sin management, and keeps leaders from the help they desperately need. Secrecy causes the leader to hide in shame and bury darkness from the light that can bring healing.

Whether you are a leader at risk or not, these words apply.  Take a moment to reflect on your own life. Do any of these “red flags” apply?

For more info about growing as a leader, see The Growth Model.

Note: In Part 2, Marc will outline ways that leaders can move from “at risk” toward health in life and ministry.

Are You a Healthy Leader?

How to Be Generous With Your Unique Life

How to Grow Spiritually

Spiritual growth is the process of growing in your Christian faith. Here’s what you need to know about it, from the signs of spiritual maturity to the essential Bible verses.

Daily Prayer Guide: Prompts for Every Day of the Year

Daily prayer is an essential practice for Christians. Whether you pray regularly or are trying to build the habit, these prompts are a helpful starting place.