The Unseen Crisis Among College Women 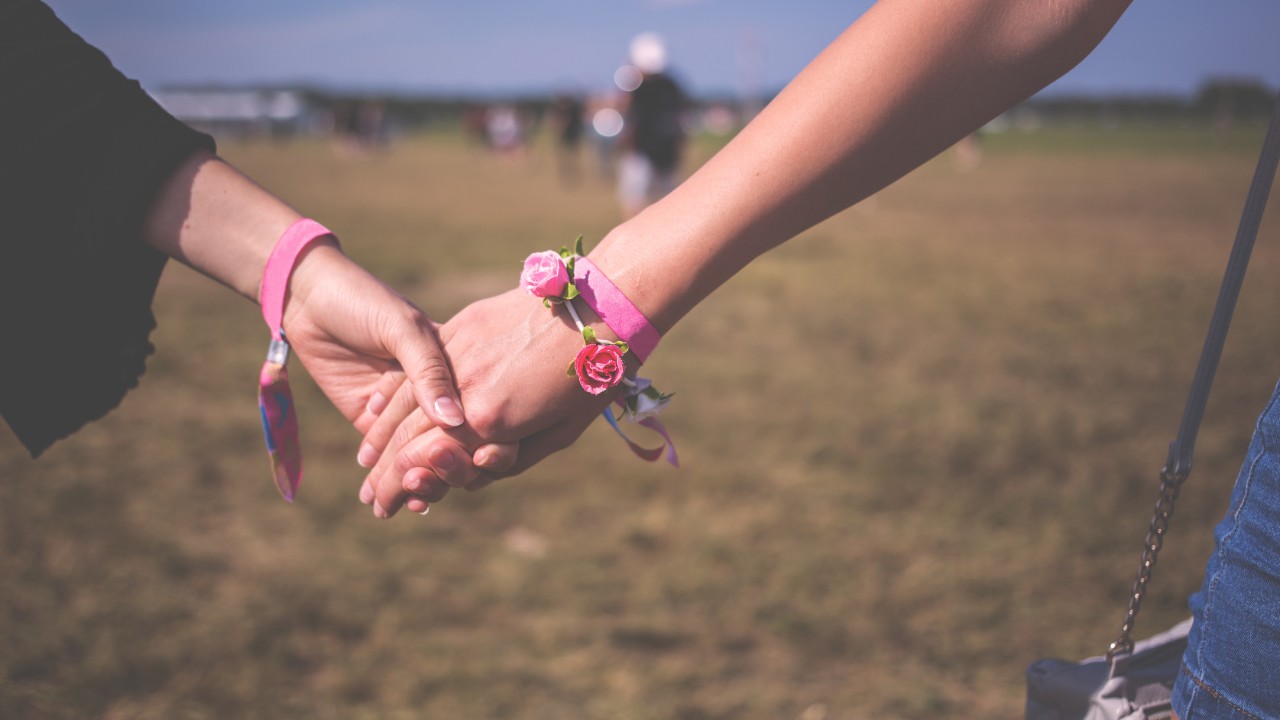 The day was unusually sunny for Newcastle, England.

University student Miriam Westfall donned a new skirt for a stroll in Armstrong Park with her friend. It was May 2013, and the beauty of the day was about to be shattered.

While resting on a bench in the park, Miriam and her friend witnessed a tragic event they will never forget.

A man fell from a nearby bridge. His body landed 10 feet from them.

But there was nothing Miriam could do. The man was dead.

She had never seen someone die. In the days and months that followed, that moment in the park wreaked havoc on her physically, mentally and emotionally.

Though few female university students experience this type of extreme trauma, a mental health crisis is sweeping across colleges in the West. It raises serious issues for those working with female students, including Christian ministries like Cru.

A Growing Problem for Young Women

“Researchers found that more than one in four (26%) of women aged 16 to 24 had anxiety, depression, panic disorder, phobia or obsessive compulsive disorder,” according to a survey published by The Guardian newspaper in September 2016.

These numbers are just for England, but the findings in the United Kingdom as a whole, the United States and Canada are strikingly similar.

“There’s a lot more stress, anxiety, speed of life, overload of information, expectations and an erosion of things that supported the development into adulthood,” says Linda Talbert, who works for Agape UK (a ministry of Cru) and has a PhD in counseling and psychotherapy. 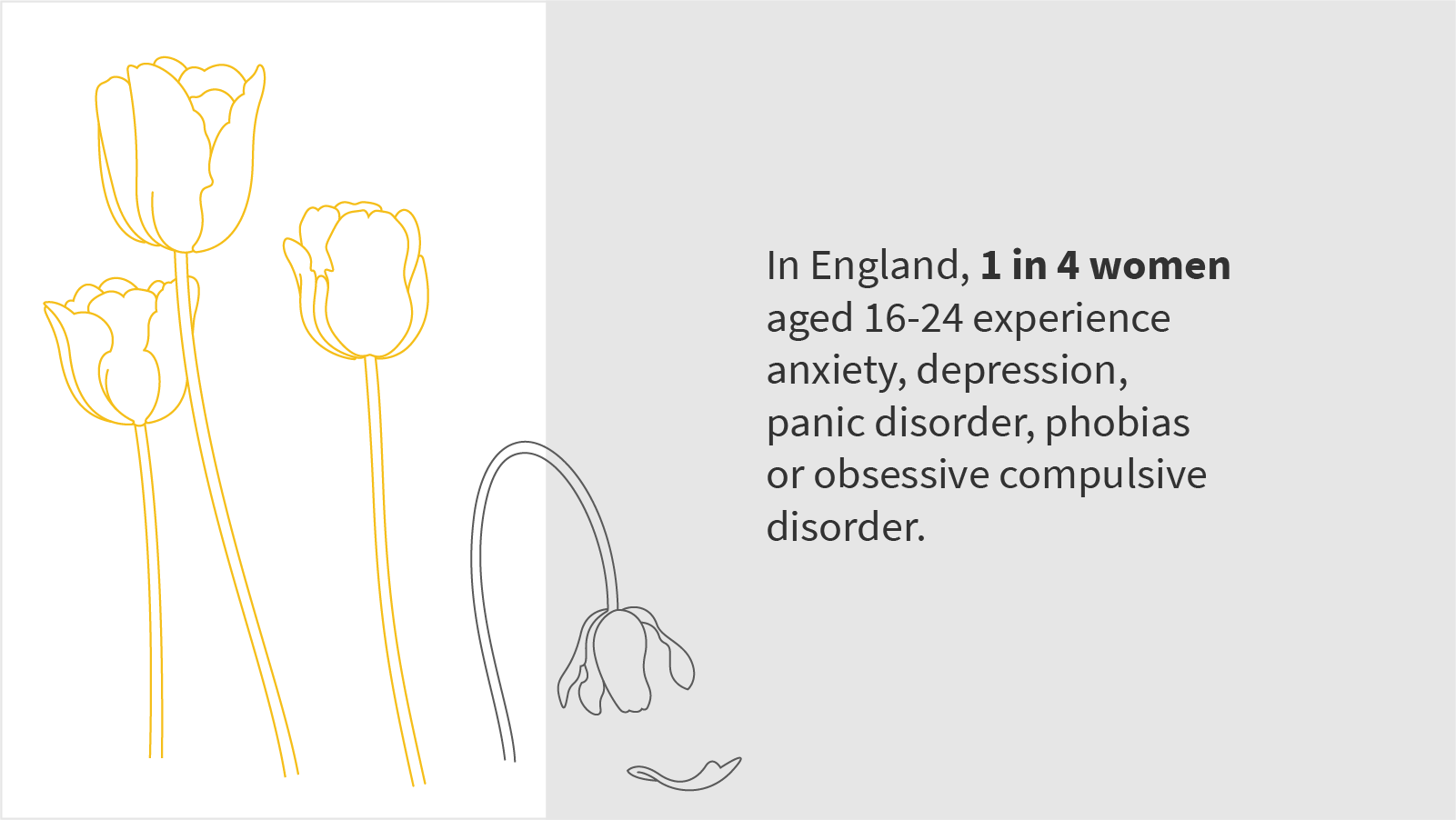 Teenagers leaving for college is nothing new, but now many lack a solid foundation to help them succeed outside their parents’ homes. Many of today’s college students haven’t learned healthy boundaries in relationships, how to bond well with others, how to communicate well or how to cope in stressful situations.

“I feel a real sadness,” Linda says. “It feels like it’s really hard to be a young person. It seems like the pressures on young people today are mounting, especially on Christians who want to live out their faith.”

The Added Dimension for Christian Women

Christian women can experience an additional layer to the struggle. They can frequently believe lies about mental health as it relates to their faith:

For Miriam, the trauma controlled her life. She slowly isolated herself from people. She grew anxious in social situations. She lost her appetite. She numbed her deep, lingering sadness by watching hours of television. She was afraid of leaving her flat on sunny days. Seeing bridges and hearing sirens caused her to relive the trauma.

And she demanded answers from God.

“Where are You?” she would cry out, feeling trapped in a darkness that wouldn’t lift. Miriam doubted whether God cared or even existed.

How a Friend Can Help Bring Healing

“Why would anyone want to be around me? I have nothing to offer,” she would ask herself. 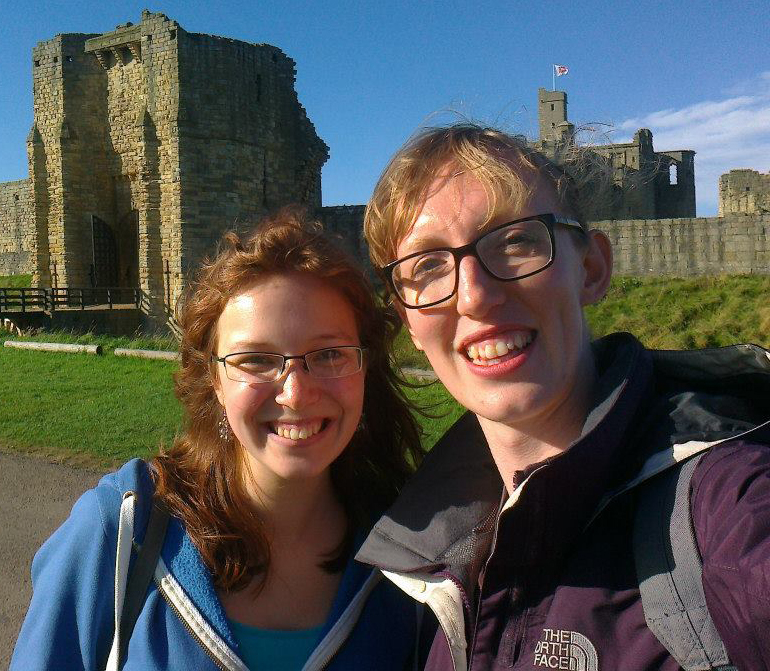 Kimberley knew she couldn’t fix the situation, but she chose not to let Miriam struggle alone.

Kimberley encouraged Miriam to seek an appointment with a therapist, where Miriam was diagnosed with post-traumatic stress disorder (PTSD). Kimberley even waited outside her first counseling appointment as moral support.

The specific counseling treatment she underwent, though essential in her healing process, drained Miriam of energy, so Kimberley would bring her meals on days when Miriam couldn’t take care of herself. She invited Miriam into her home. She prayed with Miriam. They looked at the Bible together, reading one passage of Scripture at a time. They practiced rereading that passage so that Miriam would dwell on truth even when she had a hard time believing it. And Kimberley resisted giving superficial answers when Miriam angrily questioned God.

“This guy Jesus was making Kimberley into an amazing friend, even when I had nothing to give back.”

But Jesus remained attractive to Miriam, even when she doubted God.

“Kimberley said that she was following Jesus. And she was one of the safest people I knew,” Miriam says. “I put two and two together and realized that this guy Jesus was making Kimberley into an amazing friend, even when I had nothing to give back.”

Kimberley created a safe environment for Miriam to slowly heal.

One day in a counseling session, Miriam reached a turning point. As she asked God yet again where He was. She says He showed her how He had been present with her through every moment of the trauma and the slow, painful recovery that followed.

Healing has taken several years for Miriam, but the process changed how she interacts with people.

“I can identify what it’s like to be in a really dark place and doubt God,” Miriam says.

She now serves as an intern for Agape and works with many university students who deal with mental health issues. She credits Kimberley with helping her learn how to care for people experiencing mental health problems.

My Friend Is Struggling. What Can I Do?

There is a good chance that you know someone who is struggling, as there is a growing number of university-age women experiencing mental health issues. So what are some small ways to walk through the struggle with your friend?