The Art of Delegation 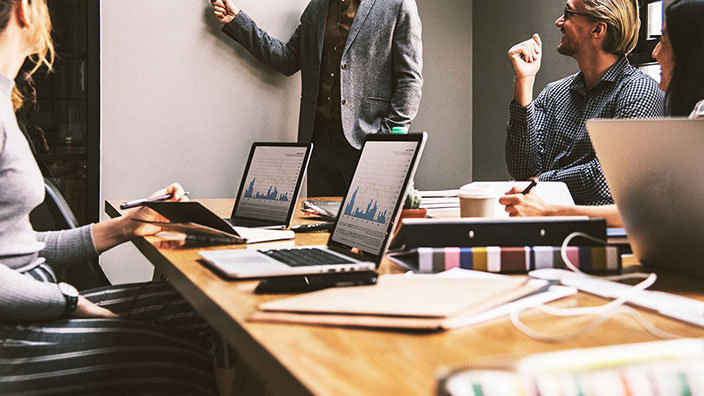 del-e-gate : “To entrust to another. To empower another person to act.”

Delegation is the act of empowering others to accomplish a task. Although it seems like one of the simplest things in the world to do it is one of the hardest to accomplish. The job of a leader is to see that all the work gets done – not to do it all themself.

What the Bible Says About Delegation

From the beginning of creation God began empowering others to accomplish a task. Psalm 8 says, “What is man that you are mindful of him...You made him ruler over the works of your hands; you put everything under his feet.” God entrusted his creation to sinful, mistake-prone people, and through us is going to accomplish His plan. God made the animals, but he delegated to man the job of naming them. He designed the ark, but it was Noah who was entrusted with the job of building it. If the God of the universe entrusted to us His creation, should we not be much quicker in empowering others to act?

In Matthew 25:14-30 Jesus explains some principles of delegation.

In Luke 16:10-12 Jesus outlined an important principle of delegation. “Whoever can be trusted with very little can also be trusted with much...So if you have not been trustworthy in handling worldly wealth, who will trust you with true riches? And if you have not been trustworthy with someone else’s property, who will give you property of your own?” Faithfulness with things precedes faithfulness with people. People who are not faithful in carrying out small delegated responsibilities (“someone else’s property”) will rarely be faithful to a group of disciples (“true riches”).

Jesus lived by these principles throughout His earthly ministry. Early in his ministry he had his disciples baptizing others (John 4:2). He delegated the jobs of getting lunch, while He talked with the woman at the well. At first he told the disciple where to go and what to say in their missionary travels. The disciples fed the 5,000. It was His disciples who were given the responsibility to set up the place for the last supper. And before his ascension he entrusted to the twelve a job angels are not permitted to do – that of fulfilling the Great Commission.

In Acts 6:3, when the first deacons were selected, one qualification was the ability to assume delegated responsibilities (“whom we will put in charge of this task”).

In Exodus 18 we read the account of what has become known as “The Jethro Principle”--not to be confused with the Ellie Mae Principle. Moses, as the leader of several hundreds of thousands of Israelites, had been serving “as judge for the people, and they stood around him from morning till evening.” Moses’ father-in-law, Jethro gave him this timely advise. “...Select capable men from all the people ... and appoint them as officials over thousands, hundreds, fifties and tens...That will make your load lighter, because they will share it with you.”

We delegate when our responsibilities are greater than our capacities (governed by time, energy or abilities).

What Delegation Does For Others

Delegation says, “I believe in you – that you are capable of following through on this responsibility or task. You can do it!” Delegation says, “We are a part of a team. We’re all counting on you to do your part.” Delegation helps others “own” the ministry. Delegation develops new abilities and a sense of contribution to the movement. To delegate to others expands the level of competence and confidence in another. Delegation helps you access the capabilities of those in your ministry.

Two of the deacons who got their start waiting tables in Acts 6 went on to enter into God’s history book – Phillip the great evangelist and Stephen, the first martyr. Because they were faithful in a “very little thing” God gave them opportunity to be faithful in much. Through faithfully carrying out a delegated responsibility your students will experience the joy that comes from having God use them.

As a leader, you have no doubt found that if you have one main task you are trusting God for and it turns out well you have a real sense that God has used you. However, if you take on all the responsibilities yourself, they become more of a burden than a means of joy. You have also robbed someone of the privilege of seeing God use them.

Educator Howard Hendricks once noted, “Any time you do for someone else what they are capable of doing for themselves, you are helping to create an emotional cripple.” God wants everyone serving. Ephesians 4:11-13 and 1 Peter 4:10,11 make that point clear. Leaders are, in part, developed as we entrust them with greater levels of responsibility and decision making.

Potential leaders are those students who are young in your ministry. They show potential but you haven’t been around them enough to observe their strengths and weaknesses. To these you may delegate temporal things like handing out flyers, arranging rides to the fall conference, making posters, setting up chairs at the weekly meeting. Doing any of these things is an impetus to commitment. “Involvement breeds commitment.” “Leadership development is leadership responsibility.” Use these little things to develop young leaders and observe their faithfulness.

Progressing leaders are those who have responded to what you have entrusted to them and have been faithful in accomplishing what needed to be done, be it physical arrangements for the weekly meeting or getting surveys printed on time. They are ready for greater responsibilities.

Proven leaders are those who are the spiritual leaders of your movement. These people form your leadership team. They pray and plan together. Because they have been progressively faithful in little, so you can entrust them with much.

Oftentimes we want to delegate responsibilities but because we have gotten “burned” in the past, we are hesitant to release an important job to someone else. That being the case, let’s develop a new model of delegation. Depending on the maturity of the person involved and their skill level, we will want either to direct him, coach him, or delegate to him.

Here’s an example. You need the rides arranged for a retreat. The goal is that everyone has a ride and the drivers are compensated for gas. You don’t want too many or, worse yet, too few drivers. How would you “delegate” this responsibility to a new Freshman? To a Freshman who had arranged rides several times for his youth group?

If you want to develop your Potential Leaders, you may want to begin with “low visibility, low risk” responsibilities. If they fail, they can learn from their mistakes but the consequences will not be fatal for the ministry. As they grow they can be entrusted with more. With your Proven Leaders – those who demonstrate maturity, faithfulness and skill – you can entrust “high visibility, high risk” responsibilities.

The Goal of Delegation

The goal of delegation is:

These being the goals, then you need to do what you can in order to see that they happen. A potential leader (low or untested levels of skill and commitment) will need structured guidelines for success. A progressing leader (high skill but low commitment or visa versa) will need coaching to succeed. With proven leaders (high skills and high commitment), you can turn them loose to accomplish what needs to be done. This is the only case in which you truly delegate with hands off.

The Work of the Ministry

Latest Stories in Leading a Team

Traditionally in an organization, workers were paid to “do” not to “think,” and at the top of the organization was a leader whose job it was to think. A learning team is different.