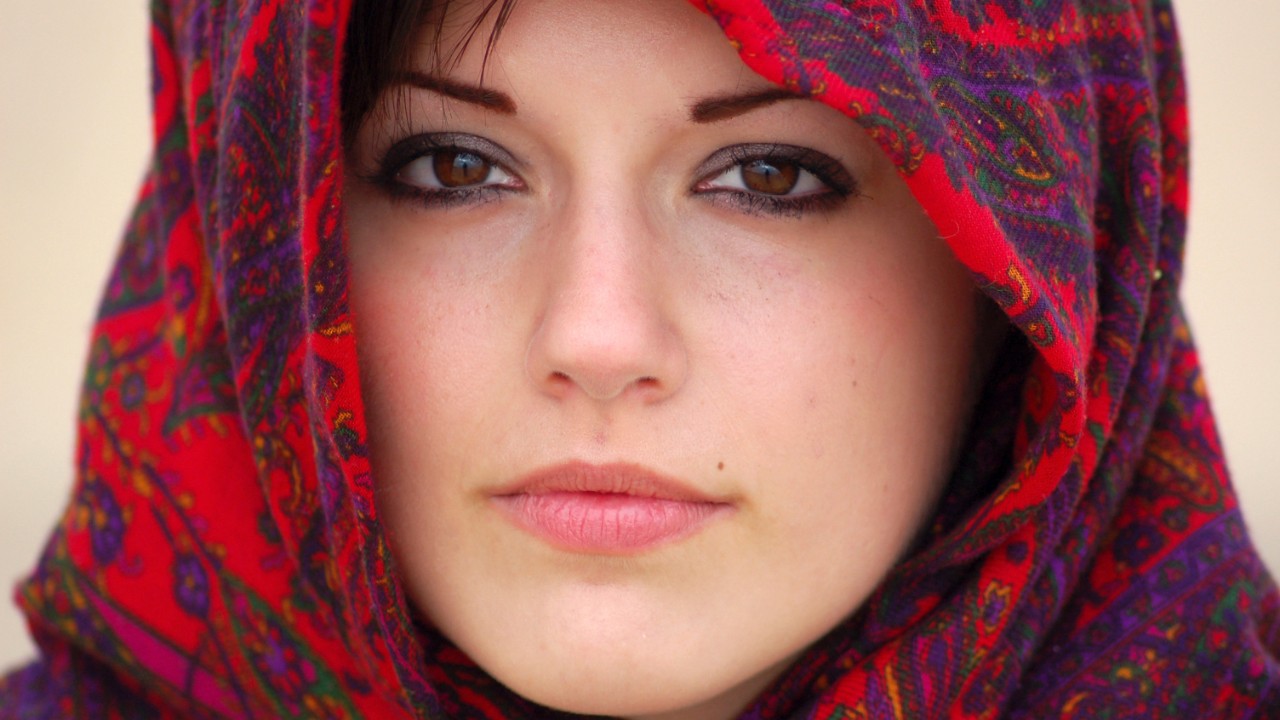 As I boarded a plane recently, I scanned the seats ahead and saw my future seatmate.

A colorful scarf wrapped her head and shoulders, revealing only her beautiful face. She looked nearly my age and cradled a darling baby in her arms.

When I reached my seat I introduced myself; she smiled and shook her head – “No English.” Oh well, I thought. I guess I’ll space out on this leg of the flight.

Then! I remembered I have The Jesus Film Media app on my phone. It contains several gospel movies translated into over 1000 languages. Fishing my phone out of my purse, I pulled up the app, to see if my companion might like it.

I found the app and clicked on a map of the world once inside. “Where were you born?” I asked her, gesturing to the map. I think seeing the map helped her interpret my question (plus, I had it zeroed in on the Middle East). “Iraq,” she said. I pointed to Iraq and said “Baghdad?” She broke into a smile when I mentioned her hometown, and bobbed her head up and down.

I clicked on Baghdad and a list of languages popped up. “What language do you speak?” Turns out she speaks Arabic, and the app provides three dialects! We chose hers and waited for the movie to start.

Of course, the movie buffered. We waited and she explained in her limited English vocabulary that she’s lived in southwest Portland for 3 years. I asked her why she left Iraq, and she responded, “ISIS.”

Suddenly, the word refugee morphed from a global crisis into a flesh and blood human right next to me.

I tried to imagine fleeing my town and country because of terrorists. Living in a foreign place, knowing only my husband and small child, wondering if I can ever go home again. Intense respect and deep compassion for this courageous mother overwhelmed me.

Eventually, the movie started and we watched part of The Jesus Film together, in Arabic. She couldn’t believe I had a movie in her language!

Too much screen time, inappropriate content, a breakdown in the art of writing and conversation – technology mostly gets a bad rap these days. Yet rapid advancements in technology also help us reach across barriers like never before.

A few weeks later, I pulled my friend up on Facebook so I could message her. Scrolling through her wall, I noticed the option to “translate” Arabic – so I did.

Wondering how to communicate with her online, I searched the Internet and found Google Translate, which proved incredibly easy to use. She responded to my message immediately, writing “Hello my love!” We’ve now written back and forth and decided to get together when she returns to Portland.

Technology to the rescue once again.

Find more ways you can use digital media as a way to share the love of Christ with your friends and family.