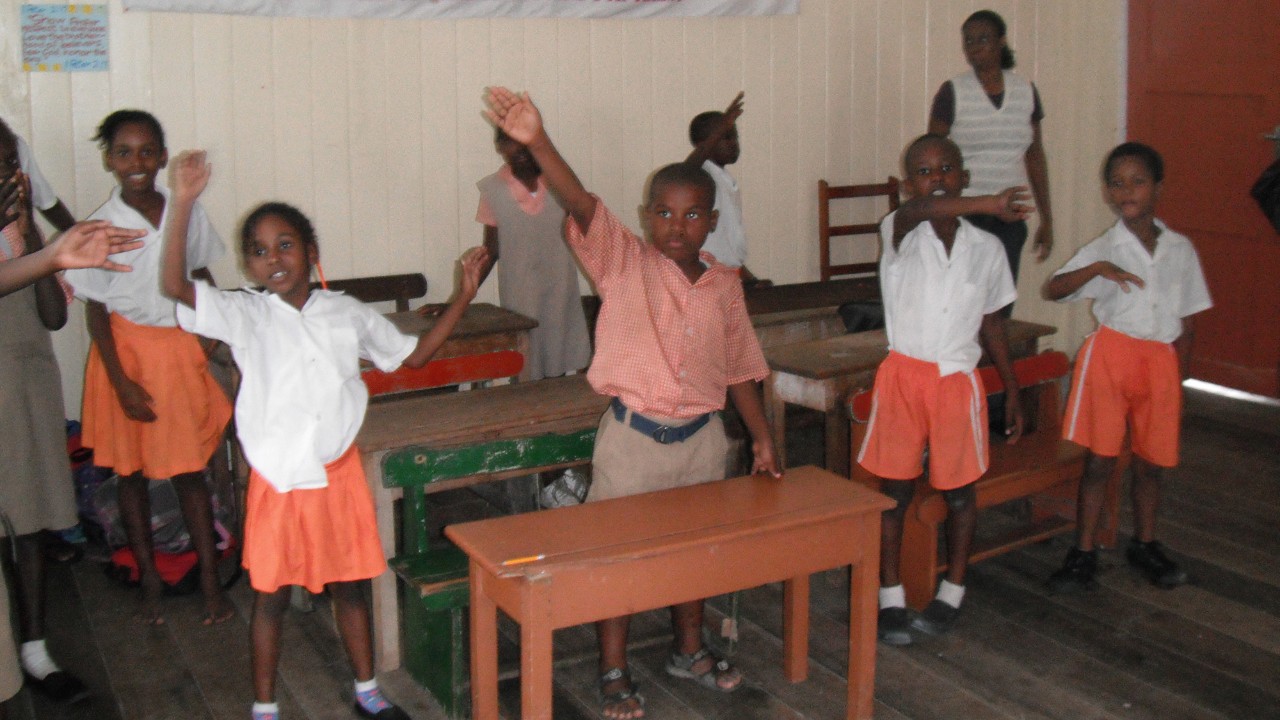 Sometimes hope comes in something as simple as a glass of milk.

To the children living in extreme poverty in the Durban Backlands of Georgetown, Guyana, both tasted foreign at first.

When Allison Baptiste was invited to lead a S.A.Y. Yes! after school program, an extension of Cru's ministry to the inner city, the 25 children between ages 6 and 16 could barely read.

Most had been abused in various ways, were only having one meal a day, and were living in dire conditions and with no fathers present.

Three times a week, Allison and a small team of volunteers (many rushing straight from a full day of work) welcome the children to a room in a public school for a snack and some individualized attention.

“When we first tried giving them milk, they didn’t like it because they’d never had it at home,” remembers Allison. Over time, they came to enjoy it.

Hope is just about as foreign to the families here as the taste of milk had been when they first offered it to the children.

“They often hear that they’re good for nothing or that they’ll amount to nothing,” says Allison. “So to make something shows them that they are worth something, and they can show their parents what they’ve made.”

Every day they have to turn children away because they don’t have enough space, but Allison believes change can still come to this community.

“If lives are really changed, it will spill over into the community,” she says. “I believe God will do it, but it will be in the time to come. Sometimes it takes a lifetime of work in these children’s lives.”

A multi-purpose technician meets Christ during her lunch break at Georgetown Hospital in Guyana.

Learning how to tell Bible stories allowed a pastor to pray in his heart language.