Getting a Read on Jesus

Laura was on a remote call with her Bible study group when she volunteered to read the lesson aloud. She was beaming. Until recently, the great-grandmother struggled to string together the words, much less comprehend their meaning.

“I never learned how," she confessed. "My dad took me out of school, and he would take us to work the fields so I didn't really get an opportunity to be tutored or taught." 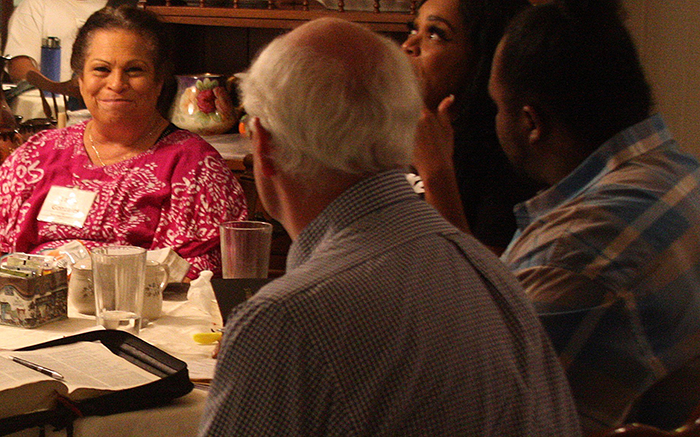 By the time she was 9, Laura, living with her single father, was pulled out of school to work the grape crops in the sweltering sun southwest of Fresno, California. The money she earned helped feed her younger siblings, whom she also helped raise though still a child herself.

Six years later, demoralized by the loss of her childhood, the broken teen fled the family home. Laura, not even old enough to drive, sought refuge in the world — but didn't fare much better.

By the time she was 19, Laura had two children and was on her second marriage. For the second time in her short life, Laura escaped again, this time from a violent marriage. Leaving her daughter with her mom, Laura and her infant son headed to a shelter in Sacramento.

But the mistakes kept happening.

Never taught right from wrong, Laura mostly operated in the latter, turning to alcohol to dull her pain. It was a habit she shared with her third husband, who died of alcohol-related kidney failure.

Without consistent structure growing up, Laura took the reins.

Without the guidance of a mature believer, her focus shifted from an anything-goes lifestyle to striving desperately to earn God's love, much as she did with her strict father. Having spent most of her life believing she was falling short of others' high expectations, earning favor became a well-worn coping mechanism for Laura. As a result, she had a difficult time accepting she was worthy of love — especially from her heavenly Father.

"I was ignorant to the things of God so I just became a people pleaser," Laura said, adding she had much to learn about His character. "I felt like I could never measure up."

But how does someone who doesn't even know how to read learn about God's character from His Word? How do you fathom concepts like grace and mercy, sin and repentance?

Laura, now 61, found the answers through Cru® Inner City's 2 Timothy 2:2 Discipleship training class, where she discovered a safe place to explore a relationship with God.

"I learned to read by the Holy Spirit," she said.

This training — made possible through committed donors — helps to develop the whole person and reinforces our core value to be Christ-centered in our ministry to others. It does so by digging deep into the Scriptures so believers learn to model the life of Christ so they can become disciples in their own right.

It was the discipleship training class that helped Laura to realize God's mercy and grace — biblical principles that inspired her to stay on the path to spiritual maturity.

"It's not just a book that you open up and you say, ‘Well, I just don't understand it,' and you just close it. You have to really seek Him out."

She likened the experience to Matthew 6:33, which says those who seek His righteousness will be given the desires of their heart.

"I had to really come, now, to an understanding that I want a relationship [with Jesus]," she said. "I don't want to be a people pleaser. I mean, though I want to love people, I don't want to feel like I got to please you or say what you want to hear."

Over time, the legalistic scorekeeping melted away.

"The Holy Spirit awakened me by hearing the true measure of what a disciple truly is," she said. "The basis of this class is love and forgiveness, and without those two, you're lost."

Given her past — littered with broken relationships, including the siblings she left behind as a teen — Laura is especially grateful for healthy bonds forged through a safe community, especially with Ken and Chris Frech, Cru Inner City leaders from Bakersfield, where Laura now lives. Although she never fully reconciled with most of her family, she was able to reconnect with a half-brother, who also has a personal relationship with Jesus.

"He says he looks up to me and he's learning a lot from me. He actually calls me his spiritual mama," she said as she chuckled.

In lieu of strong family ties, Laura has come to appreciate the kinship and acceptance she's received from her Cru study mates.

"They make it so easy, and they're very patient with me," she said. "They explain things to me."

Chris, who co-leads the discipleship class with her husband, called Laura "a beautiful gem" that had been covered for years, but is now becoming polished by God.

"He is shining through all of the scars and pain, leaving them behind and enabling her to move forward," Chris said.

The result is a new confidence and boldness, characteristics that ultimately led her to trust enough to read aloud — even as she's still mastering literacy.

"I'm learning to be teachable through the Holy Spirit and people that He brings into my life," she said. 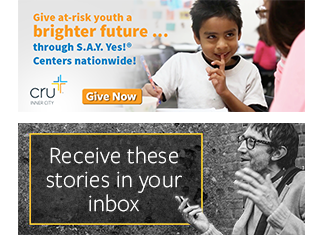 Isn't Laura's love of Jesus and her personal transformation through Cru's disciple resources refreshing? Share her story on Facebook or other social media platforms.