How to Proclaim God's Upside-Down Kingdom to a Broken World 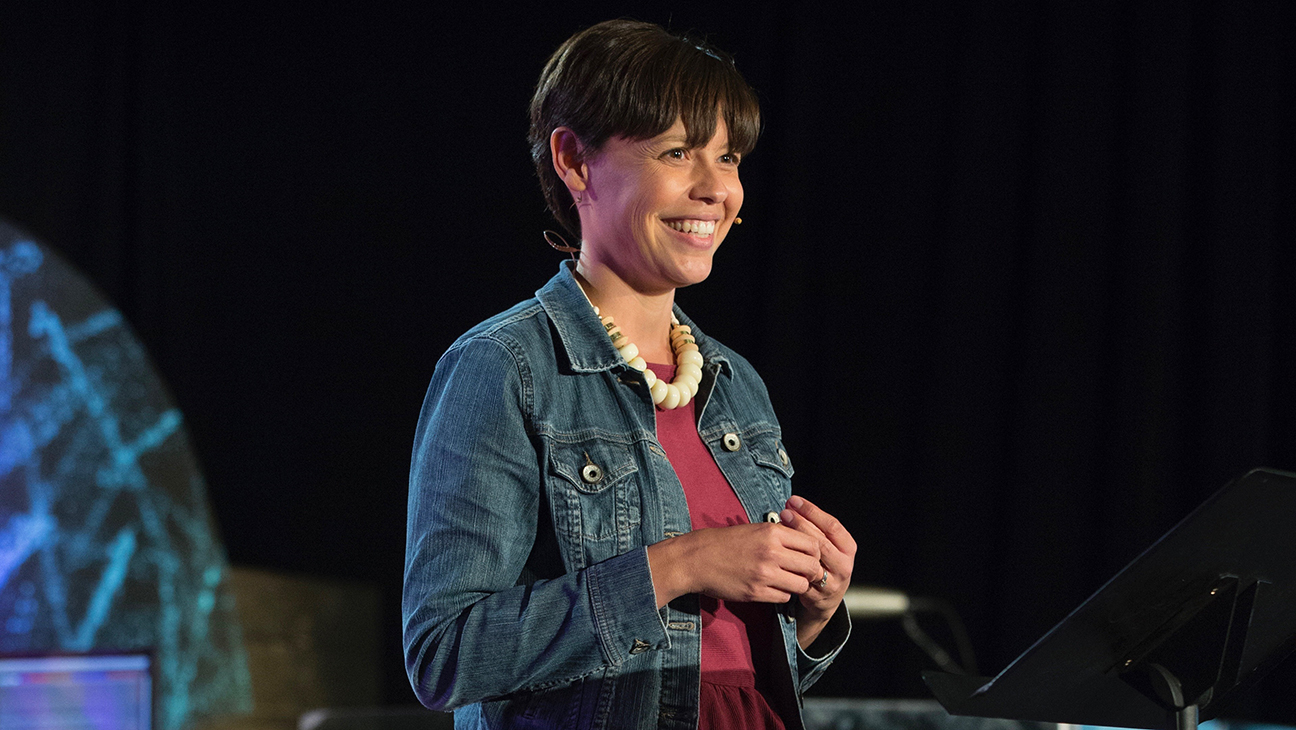 While I was working for a campus ministry, my team was trying to fix a problem. I had the solution. I shared the answer with my team. I was articulate and clear, and no one listened. One person even spoke over me.

But my husband, Eric, a white guy, was in the room. He was recovering from laryngitis, so he could only whisper. And he said the same exact thing as me in a whispered voice. The room responded.

What I learned then was that, as a white male in a position of leadership, my husband’s whisper was louder than my voice.

As a Mexican-American woman, my eyes opened to the reality of power. I was disillusioned. So I resigned from my position.

But I still cared deeply for Latino college students, and I knew that the majority of Latino college students were not at four-year universities, but two-year community colleges, which were all over Los Angeles. So we packed up our family and moved to California. When we got there, the oddest thing happened. God used me moving to the margins to give me a more integrated view of power.

When I look at the Scriptures, I see that Jesus used social power in a way that was redeeming and restorative to those around him. Andy Crouch says in his book Playing God, that power is a gift meant to be stewarded for the flourishing of others. I want to share with you three ways I’ve sought to live this out in my life and my ministry.

1. I grow in awareness of when I have power and when I don’t.

There are a lot of characteristics that influence how much power you have in a room: age, gender, race, education, wealth, appearance, and personality.

I lived in East Austin, where the majority are Latino and black families, where Eric and I wanted to live and minister.

My father, who’s from a family of immigrants, came to visit his educated daughter, living in a poor, Latino neighborhood, and he was mad. He said, “It’s great that you want to live here and love your neighbors. That’s wonderful. But don’t forget that you can’t say you’re from here. You can choose to leave whenever you want. And that is not the option that your neighbors have.”

I was deeply offended. But he was right. I was not acknowledging my privilege and power in that place. It did not serve my community to not acknowledge that.

It doesn’t serve my urban community college students if I pretend we are the same in terms of social power. We’re not. If I want to do justice to my discipleship of them, I need to acknowledge that.

2. I seek to steward this power for the kingdom of God.

The way that Jesus handled power is illustrated in Luke 8, the story of Jairus and the bleeding woman. Jairus has the power in this story. Jairus comes from some sort of money, he has a home and a family.

The bleeding woman doesn’t even have a name. She’s isolated, probably because of her bleeding. She spent all of her money trying to get well, but she has nothing to show for it.

What does Jesus do with His power in that moment? On the way to Jairus’ house, he stops the crowd, turns to the bleeding woman, puts her story at the center, and enters in.

I am called to follow in Jesus’ way. Part of that is entering into stories that don’t match my own. The reality is that my black brothers and sisters don’t have the same parenting story as me right now. I don’t have to worry that if my daughter plays with a toy gun in a playground, that I’ll end up at her funeral the next day. That’s not me. What am I going to do with that? Am I going to enter in, or am I going to walk away? I want to follow the way of Jesus and enter in.

I want the church to do the same.

There’s also the bleeding woman in this story. She pushes through the crowds and touches Jesus’ cloak, knowing that she’ll be healed.

My students need so much of what this woman has in terms of agency and ownership over her life. They need to own their lives, spiritually and in every other area. I want them to be flourishing in all areas.

Part of stewarding my power is helping develop that personal agency so they can become all of who God wants them to be. I need them to be all of their identity, fully lived out. For me to say I’m stewarding my power well, I need to help that be flourishing in them. If I don’t do that, I’m cloning people to look just like me. That’s not discipleship.

3. I point to the upside-down kingdom.

When you look at the story, Jesus does the opposite of what society assumed he would do. Everything says he should keep going to Jairus. But Jesus loves to point us to the upside-down kingdom. That’s my Jesus. Even the fact that when God came to earth, He did so as a Galilean Jewish man, part of a marginalized community, which tells me that His heart is tilted toward the margins.

That should influence who we minister with, and how we do it. Some of us are already in the city, serving within the margins, serving those with more power or less.

How do we minister in those places? Are our discipleship tools and ministry materials created with the margins in mind? Or are they imported from somewhere else? Is that the upside-down kingdom?

My heart is that we, as people of power, would steward that power well. When we do, we proclaim that the upside-down kingdom, our king Jesus, has come, is coming, and will come again.

A community college minister in Los Angeles by day, Kristy is passionate about seeing U.S. Latino college students developed into world changers. She and her husband, Eric, have served among college students around the world for over a decade. Kristy passionately advocates for those on the margins and seeks to help people integrate all of who they are into their calling, especially their ethnic identity. She is currently pursuing a master’s degree in global leadership from Fuller Theological Seminary. Kristy and Eric have two beautiful daughters.