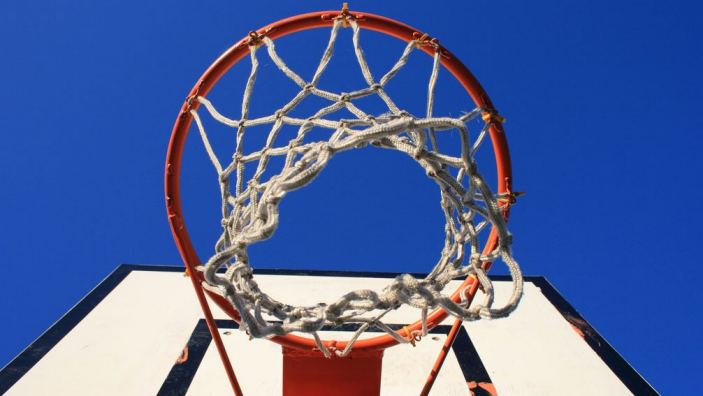 When the Seniors Don't Lead Your Team

They are the ones who create the culture for the team. They determine how the players will interact with their coaches. They model how the athletes will conduct themselves in and out of practices. They handle conflict and correct attitude issues. They are the ones younger players trust, look up to and turn to for instruction. They set the team’s direction for the season.

They are the seniors.

But what happens when the seniors don’t embrace their assumed responsibilities? Who leads the team then?

Clemson forward Jaron Blossomgame was forced to wrestle with these questions last season as a redshirt sophomore. As his teammates looked to the oldest players in the locker room for leadership, they didn’t find it and were forced to look elsewhere for direction, ending the season with frustration and a barely winning record.

“Guys looked up to me and this one other guy; we were both underclassmen,” Jaron remembers. “I kind of felt like it wasn’t my place to set up to lead, you know, be that guy, the leader, because we had two seniors and I didn’t want to step on anybody’s toes. Unfortunately, the confusion faced by the Clemson Tigers is not uncommon in collegiate basketball.

“Guys are just afraid to lead,” says Athletes in Action staff member, Luke Simons. “They don’t know how. They don’t know what leadership actually is, and they don’t want to stand out.”

Luke’s own experiences as a player and coach, as well as conversations with collegiate coaches, lead him to conclude that many of these young men are hesitant to step up into leadership because of a fear of disapproval from teammates and a fear of failure.

“One of the most graceless places”

“A men’s Division I locker room is probably one of the most graceless places,” he says. “If you’re going to stand out and call yourself a leader and you make any mistake at all, those guys just take that as license to say, ‘Look, I never have to listen to you again.’ Guys know that, and they’re just so afraid to step up.”

After many discussions with other AIA staff members about how to address this need felt by so many coaches and players nationwide, the solution became clear – present an opportunity for student athletes to learn about real leadership, from a biblical perspective.

Simons, along with a team of others, began to research and develop a leadership curriculum. They put together a program and created resources designed to empower collegiate basketball players to lead their teams with confidence and integrity.

In May, Jaron, his teammate Donte Grantham and 15 other Division I athletes arrived in Xenia, Ohio, in an effort to bridge that leadership gap as part of the first-ever Athletes in Action Captains’ Camp.

The event began with a “broad view” look at leadership – what leadership is and why it matters. Speakers like CBS Sports’ Clark Kellogg, Aaron Craft of the Santa Cruz Warriors, and Fairmont State assistant coach Joe Mazzulla shared about quality leadership from their experiences both in and out of the collegiate basketball locker room.

“The things I wish I had known”

The content then turned from theory to real life application as the players were asked to share examples of conflict or everyday issues that their teams encountered, and work together to discover better ways to handle the situations.

The speakers were there to provide insight about how they would handle the players’ situations and to share leadership experiences from their own locker rooms. The players also swapped ideas and stories with each other, laying the foundation for relationships that will continue throughout this upcoming season as many of the attendees face each other in competition.

“The great thing about it was meeting new guys [and] knowing their experience with their teams, so we could get their opinions and try to address it with our team,” says Donte.

“I learned a lot about trust this weekend”

The goal is that the lessons learned in Xenia and the friendships built between captains will impact these players and their programs into the future.

“I learned a lot about trust this weekend,” says Alec Peters of Valparaiso. “It was amazing, coming together with a group of guys I’d never met before, and then in four days creating a friendship and creating a bond.”

“We didn’t want to leave at the end. We had so much fun bonding together and everything was really beneficial for us,” he says. “We saw the meaning in everything, the point of doing all of the activities. It was really good, really creative, a good brotherhood among the players and the teachers there. Some of the guys still communicate with each other on a daily basis.”

Simons says plans to make captains’ leadership training available to many more collegiate athletes have already been set in motion.

“This template, the presenters and some of the context would change, but the content works for any sport,” he says. “Hopefully in the process, we’ll have the opportunity to help them grow, or maybe even help them come to know Jesus.”

For now, Jaron and Donte’s hopes are for this next basketball season and the role they hope to play in their locker room.

“A lot of guys look up to [Donte and me] and we’re going to go into the season with the mindset of, ‘We are the leaders, and guys are going to look at us differently than with everybody else, so we have to put on a good representation of being a leader so these other guys will follow along behind us,’” Jaron explains. “We’ve got a lot of young freshmen coming in, and we’ll just set a good example for those guys.”

Players were encouraged to remember that, even more than age and experience, attitude and a desire to serve the team are the necessary requirements for a leader.

“I think I’ll lead differently by speaking up,” says Jaron. “I won’t feel like just because I’m not the oldest guy I can’t say something. This year, I can be that guy to step up and say something, [to have] the courage to say something at a team meeting, or if somebody’s been messing around on and off the court, be able to confront them in a way that won’t ruin the relationship.”

Learn how to have a personal relationship with God, like Luke.