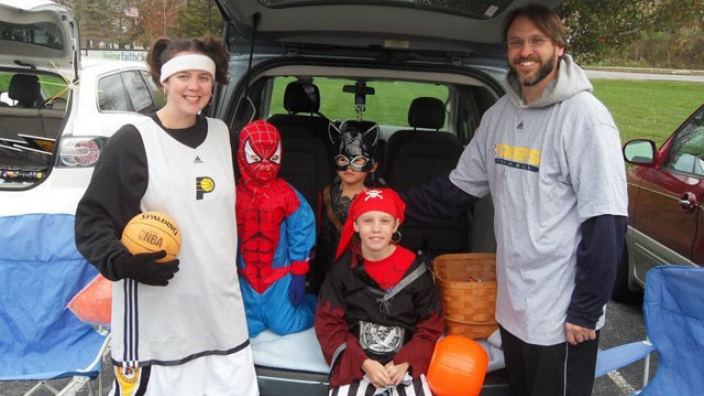 Travis and his wife, Dawnelle, with their kids. Photo courtesy Travis Field.

Travis grew up playing basketball. But a few years earlier he was in a car crash. With the clash, clatter and crunch of metal, his hip was ripped out of socket. As smoke rose and disappeared, so did Travis’ basketball aspirations.

Now a few years later, his father invited him on a basketball trip to Bolivia and Brazil with Athletes in Action. His father assured Travis that he wouldn’t be a missionary. He could just tag along. Plus a trip to South America would be a great cultural experience they could share.

On the trip, the players made Travis part of the team. They never pressed him about faith. As they traveled, played teams and swapped stories, Travis’ negative view of Christians fell apart. “I had the most fun experience of my life,” he says.

Yet Travis continued to resist God. During team prayers he kept his eyes open, intentionally indifferent to their prayers. His was a personal stand.

Then one night in Bolivia, the players strolled the streets where they were staying. As they did, a little Bolivian boy approached. One of the Spanish-speaking players stopped and talked. As Travis looked on, the boy listened closely as the player relayed God’s love. The boy prayed.

Travis felt overwhelmed. Flooded with emotion, he began to cry.

Two months after the trip and back at college, Travis surrendered to God’s love in his dorm room. In the following years, Travis went on two more mission trips, earned a seminary degree and now works as a social worker.

Like Travis and his dad, you can volunteer with AIA. You don’t have to be an athlete to participate. Along with Coaches and Players there are opportunities for: